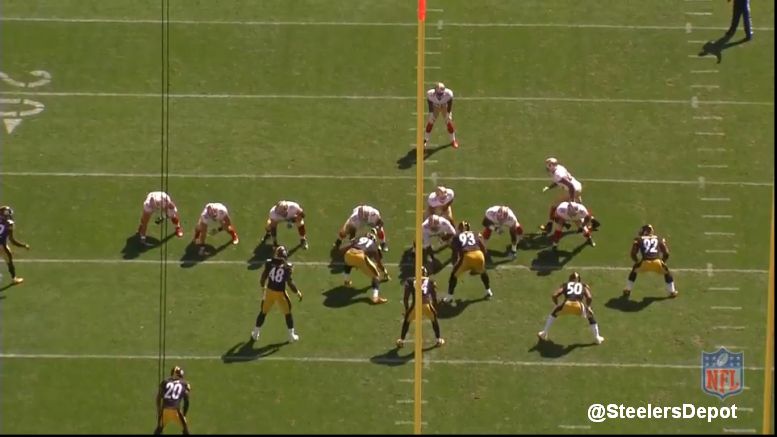 Keith Butler’s first season at the defensive coordinator helm was largely a success. The Steelers’ run defense improved, their red zone play stellar, and as a team, they were able to generate pressure and sacks. Room for improvement just like anyone else but overall, it was solid.

There are several areas Butler can address in 2016 but I want to focus on one simple, foundation-level area. Five times last year, based on our charting, Butler’s defense trotted out just ten players.

To preface, not all of that falls on Butler. He is not single-handedly sending every group out. That falls on each position coach on the ground. So spread the blame around. But when you’re the DC, the buck stops with you. If the dude who makes your sandwiches at Subway puts hot sauce on instead of mayo, you’re still yelling at the manager. So let’s quickly roll through each of these instances last season.

Four of the five came in the two weeks. That shouldn’t come as a shock to you if you remember how out of sorts the team was in the beginning, making the adjustment to playing under Butler after being with Dick LeBeau for so long. But excuses don’t win games and you can be sure Butler – and Mike Tomlin – weren’t pleased.

The first came in Week One against the New England Patriots. First and goal from the nine in the second quarter. Just ten players out there and you can see the mass confusion in this still shot. 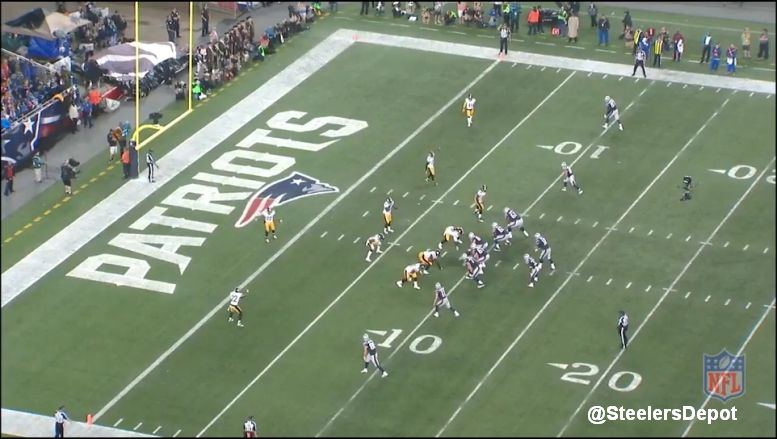 The Steelers should be in their base defense against 12 personnel. Stephon Tuitt was in there the play before, a 3rd and 1 sneak by Tom Brady, but the only two defensive linemen on this play were Cam Thomas and Steve McLendon, the latter coming into the game because the Steelers were trying to switch to their base 3-4.

It is difficult to assign blame on plays that clearly went wrong but either Tuitt was sent off thinking that McLendon was coming in for a nickel snap or Tuitt wasn’t replaced by another DE. The former feels more likely.

Ten men happened again in the 4th, a crucial 3rd and 4 with the Steelers down two scores and under four minutes remaining. 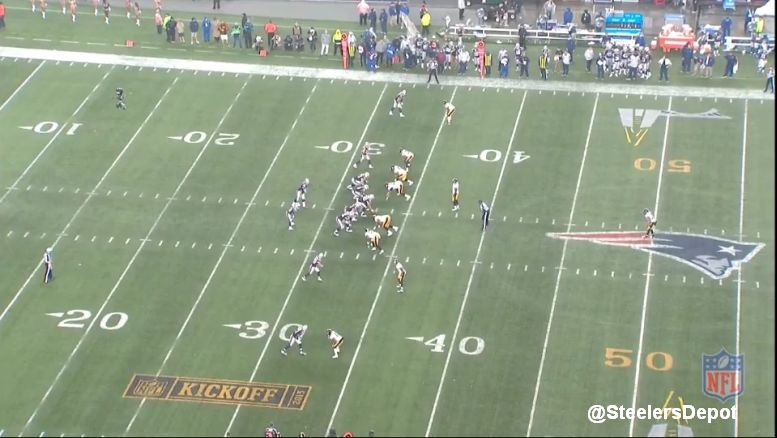 Shamarko Thomas is the likely man MIA here. On the play before, the Steelers were in their dime package with Shark on the field. Will Allen was injured a few plays before and this may have been a possible source of confusion.

The Steelers had ten men twice the next week against San Francisco.

First quarter, 49ers have 1st and goal on the Steelers’ ten. Count ’em up and you get ten. 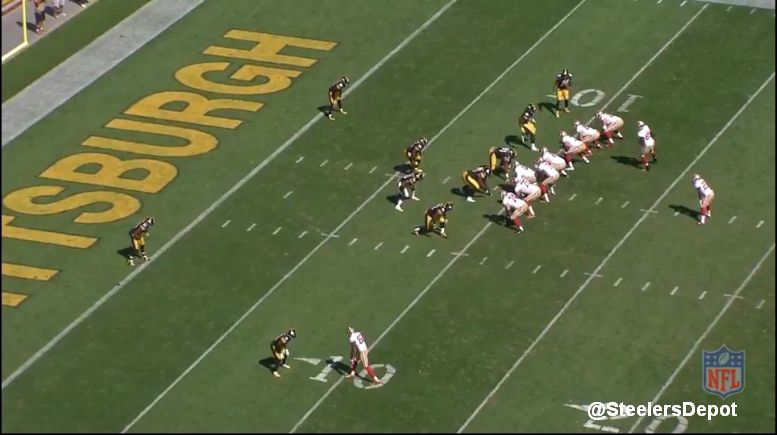 There’s very clearly a DL missing, Tuitt sliding down and Bud Dupree over to compensate the best they can against the 49ers’ 13 personnel. So it’s either McLendon or Daniel McCullers for not getting the memo.

And again, in the 4th quarter, on San Francisco’s two point attempt. 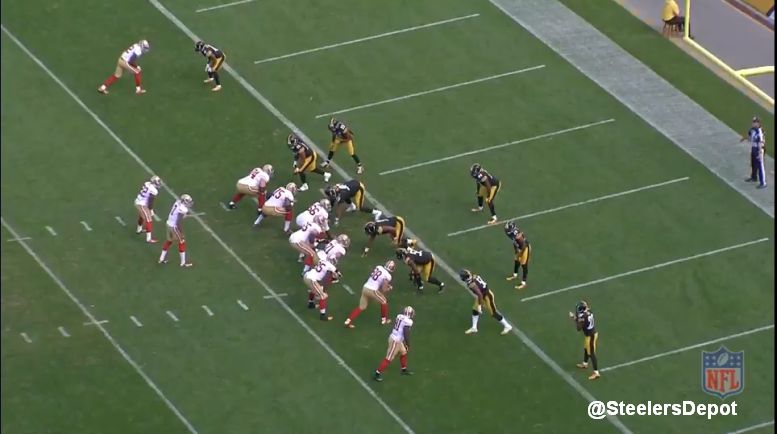 There is, again, a DL missing. Likely McLendon.

Butler’s defense was mistake free for almost the entire season. Almost. It happened once more in the Divisional Loss to the Denver Broncos. Second quarter, 1st and ten from the Broncos’ 40. 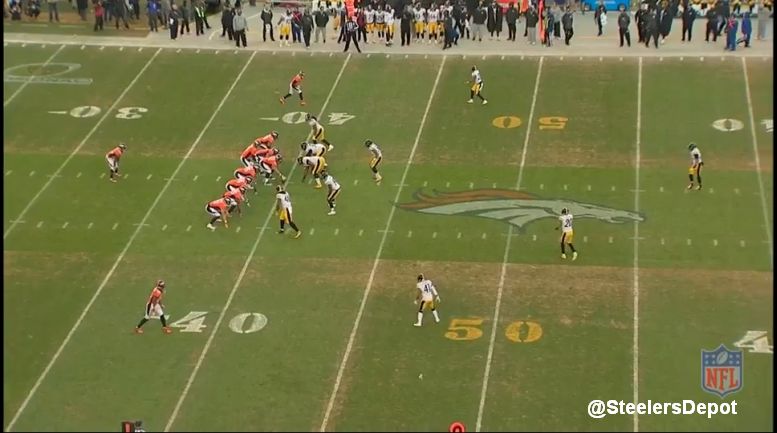 Again, we’re likely missing Tuitt. The Steelers would be in their 3-4 base against the Broncos’ 12 personnel. 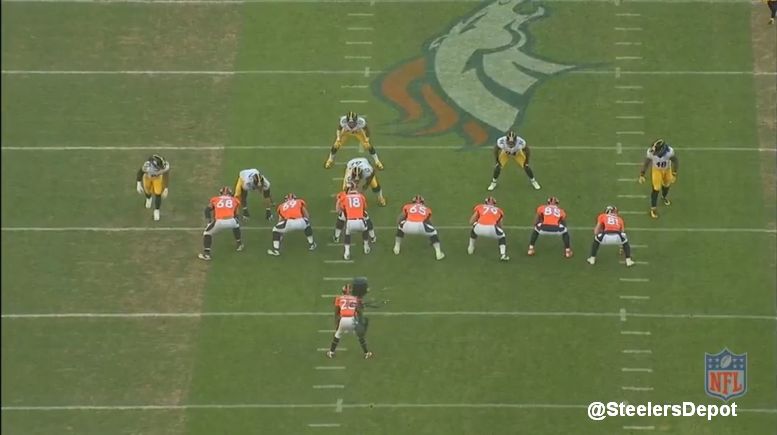 Want to hear the crazy part? None of these moments burned the Steelers. If anything, the team managed to excel. The largest gain was three yards. The best play was the 49ers’ converting their 2 point try but that was with the game well over. The other players went for a gain of one, a gain of zero, and a loss of four.

It’s like the kid who plays video games instead of studying and still gets an A on his test. Weird.

But this is still an issue and as we outlined, most often affected the defensive line. I asked Twitter and they said John Mitchell coaches from the sidelines (feel free to verify) so yeah, we can expect more out of him too. But as we said before, it all is a reflection of Butler. Most commonly, these issues popped up on the road (3 of 5), and with the ball near the goal line, far away from the sideline when it’s harder to communicate and make subs. (3 of 5).

That communication will have to be corrected for the Steelers’ defense to succeed to its fullest. My goal, and hopefully their expectation, are zero plays of having not enough or too many players on the field.