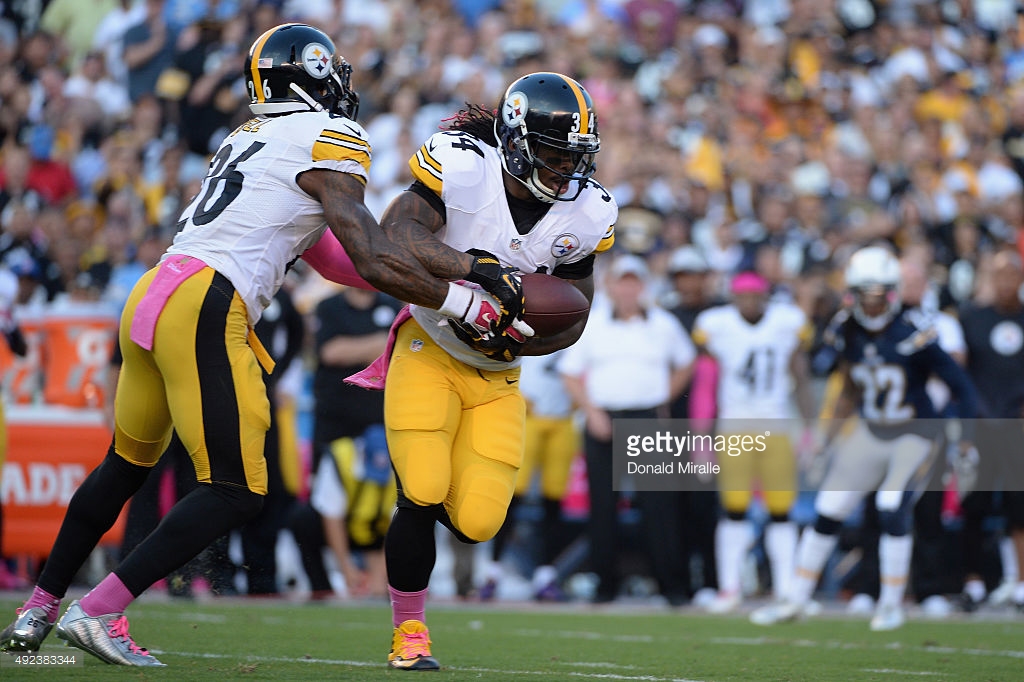 Former Pittsburgh Steelers cornerback Bryant McFadden last played before running back Le’Veon Bell’s rookie season, so he didn’t get to see first-hand how he took off and became the best player at his position. And DeAngelo Williams was still in Carolina by then. But the former second-round pick still sees what his old team’s running backs can do.

McFadden was recently on a panel discussion on NFL Network, which posed the question of whether or not Bell and Williams made up the best running back duo in the league. While the first panelist disagreed, partially on the grounds that Williams did not play much when Bell was healthy, McFadden maintained that their talent level alone makes it so.

He also noted that Williams was on his fantasy team, and that he wasn’t surprised at the 33-year-old’s success running the ball, rushing for over 900 yards with 11 touchdowns and well-clear of over four yards per carry in 10 starts.

Speaking of Williams’ time in the starting lineup, he said, “we saw a quality, experienced vet take over for Le’Veon Bell when he went out with his injury, and they didn’t miss a beat. So they’re the best duo in the game based on experience and based on consistency. He also said that Williams as a starter was “hands down” one of the best running backs in the league.

After being accused of being a homer for his pick, having played for the Steelers for most of his career, McFadden said, “I’m not a homer, I’m just being a realist…with that being said, the best is in Allegheny County”.

As for the best running back duo in the league, Le’Veon Bell and DeAngelo Williams, you certainly won’t see me arguing. Bell was well on his way to another first-team All-Pro season when he tore his MCL and PCL in the first half of his sixth game, and yet he still rushed for over 500 yards at nearly five yards per carry in that span.

I advocated for Williams as deserving a Pro Bowl nod for his performance after tying for the league lead in rushing touchdowns, though a late-season foot injury would have prevented him from participating anyway. For what it’s worth, the offseason discussion seems to suggest that the Steelers intend to give Williams a bigger chunk of the carries when both backs are healthy this year because of what he showed in 2015.