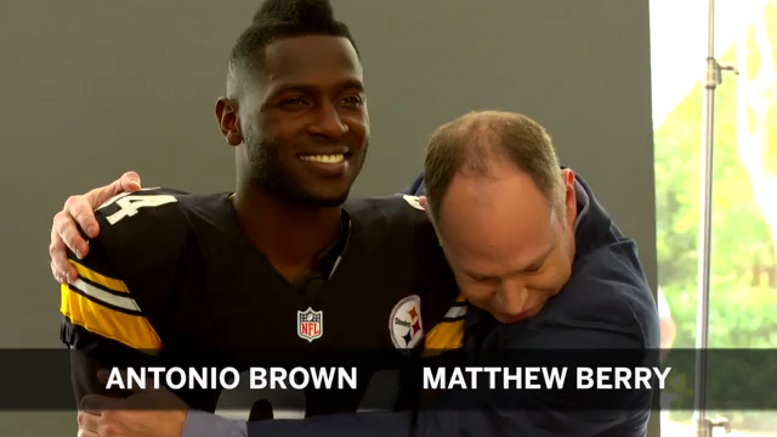 As you can clearly tell by the subject matter in today’s posts, Pittsburgh Steelers wide receiver Antonio Brown certainly is a popular guy. Not only was it made known on Tuesday that Brown will shed his clothes in the forthcoming ESPN The Magazine annual Body Issue, ESPN has also now announced that the Steelers wide receiver is their No. 1 overall player in this year’s preseason fantasy football rankings, which is quite an achievement based on their history.

Over the course of the last 14 years, ESPN has compiled a list of the best players in fantasy football and every single year the No. 1 overall player has been a running back. This year Brown breaks that long streak.

Based on ESPN’s own standard fantasy scoring, Brown’s 136 receptions for 1834 yards and 10 touchdowns during the regular season resulted in 243 points which was the most for any non-quarterback. In several leagues that I personally played in last season, Brown’s 2015 output resulted in 393.2 total fantasy points based on standard point-per-reception scoring.

Assuming Brown and Steelers quarterback Ben Roethlisberger both stay healthy for the entire 2016 season, the former has a legitimate chance at catching 150 passes for 2,000 yards, both of which would be new single-season NFL records.

It’s yet to be seen whether or not Brown will once again be the Steelers punt returner in 2016 but should that wind up being the case, it will add to his fantasy value as he’s always a threat to score whenever he touches the football.

You read up on all ESPN’s fantasy football content for 2016 right here.