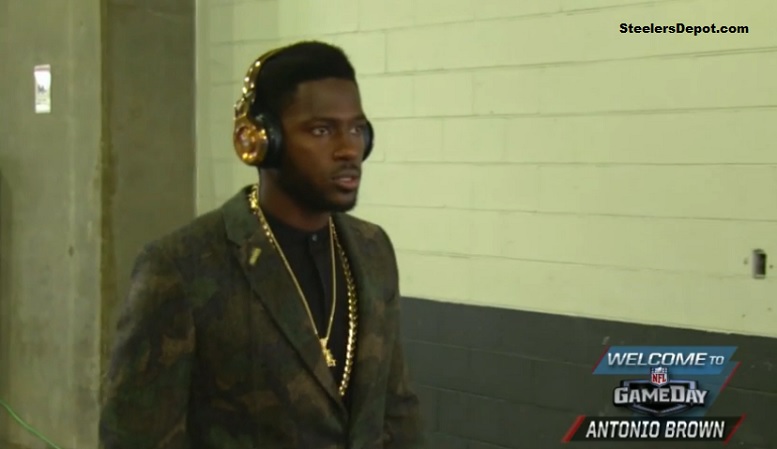 He chose Brown’s route running ability over everyone else’s. In his explanation, Brandt writes.

“It is very difficult for the opposing defensive back to read what Brown is going to do; on the flip side, the Steelers receiver excels at reading and exploiting the approach of the individual covering him. Brown is deceptive and creative, and he has great timing.”

He made a comparison to Steve Largent, the old-school player who shared those traits. Their career arcs might be similar too. Largent was a 4th round pick, Brown a 6th. Largent spent his entire career in one place, Seattle, and hopefully, Brown does the same. There’s certainly no indication the team will ever let him walk. Largent made the Pro Bowl seven times and was inducted into the Hall of Fame in 1995. Brown’s been selected four and seems destined to one day wear a Gold Jacket.

Largent’s yards per catch was much greater, 16 compared to 13.5, while Brown caught more passes on a yearly basis. Just six years into his career, the Steelers’ receiver is fewer than 300 grabs behind Largent’s 816.

Back to the perfect receiver. AB is certainly the no-brainer choice for his route running ability. It’s the best in the game and there isn’t a debate about, no homerism included.

Brandt’s other selections in the prototype included:

All respectable choices though you figure if it was possible to double down in two areas, Brown would’ve been awarded the “quickness” category, too. Also, major points deducted for Brandt choosing Keyshawn Johnson – not Hines Ward – as his classic example of the perfect blocker.

Dave Bryan and I are unveiling our Top 100 rankings. They’ve already been made, just not typed up. So I ask you, dear Depot reader, where does AB stand on the franchise’s list of best receivers? Or more to the point, is he above Ward? You’ll have to wait and see what Dave and my take is on it but I’m interested in seeing your response in the comments below.