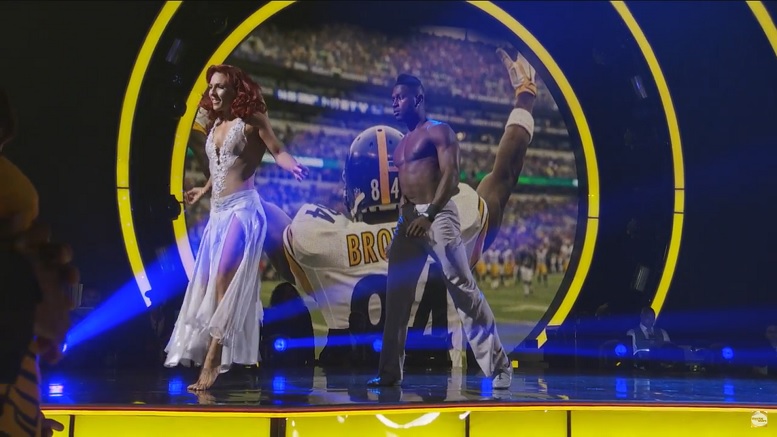 Even though he had a ton of support from the Pittsburgh Steelers fan base, wide receiver Antonio Brown couldn’t avoid being eliminated from Dancing with the Stars Monday night.

Brown, along with Boyz II Men singer Wanya Morris, was eliminated from the dancing reality show Monday night based on his performance on last week’s show.

Brown and partner Sharna Burgess danced twice Monday night and received scores of 27 and 28 from the show’s judges but unfortunately that was the lowest combined score of the evening. The couple, along with Hayley Erbert, danced the Tango to “Mi Confession” by Gotan Project as one of their routines with their other performance being a Contemporary dance to “Hall Of Fame” by The Scriptt.

Even though Brown failed to win the Mirror Ball trophy this year, the fact that he made it as far as he did in the competition is quite an accomplishment.

With Brown now being officially eliminated from Dancing with the Stars, the Steelers top wide receiver should be able to fully attend the team’s first set of OTA practices that will begin on Monday, May 23.