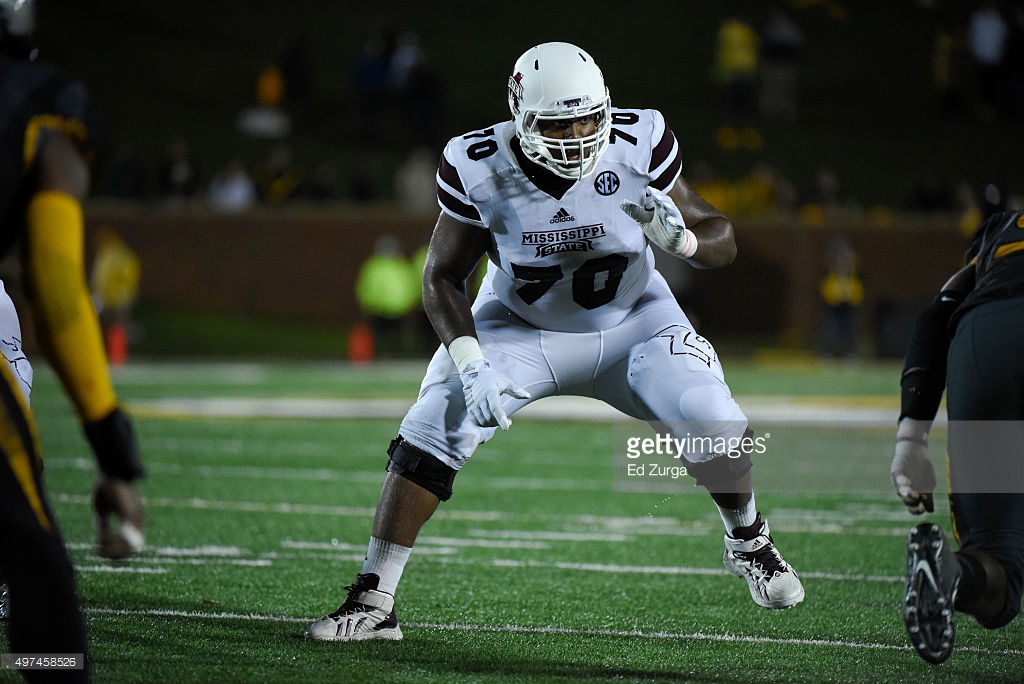 Because we’re nothing if not thorough around here, let’s go through a quick bio of the 19 players brought in as tryouts for the Pittsburgh Steelers’ rookie minicamp, which kicks off today and lasts through the weekend.

Though these players are all long shots, fighting to get onto the roster, they’ve worked just as hard to get to this point as draft picks. They’re not camp bodies, they’re people, and even knowing most will be forgotten, there is always the chance the team finds its next Terence Garvin.

1. Nick Arbuckle/Georgia Southern 6’0/225: Like so many players we’ll mention, size is working against him. Arbuckel stands in at six foot flat. He was the Sun Belt’s Student Athlete of the year and named to the conference’s first team for football purposes. Threw for over 4300 yards this season, a school and conference record. A two-year starter after transferring from a JUCO, where he threw for more than 7,000 yards in two seasons.

2. Jacob Huesman/UT-Chattanooga 6’0/5 205: Got as much exposure as a pro hopeful could wish for, working out at his schools, Vanderbilt’s, and Tennessee’s Pro Days. Dual threat who tossed 64 touchdowns and rushed for over 4000 career yards. Worked out as a defensive back in the pro day circuit in addition to being a QB.

3. Dalyn Williams/Dartmouth 5’10/6 205: Profiled yesterday and arguably the most intriguing player on offense. Wasn’t asked to throw a ton in his career, more of a pro-style offense, but very efficient. 17 TDs to 5 INTs last year while completing 64% of his passes. Good-not-great athlete. Big arm. Small school favorite.

2. Cameron Stingily/Northern Illinois 6’0/6 240: Hello, old friend. Made the 90 man roster as a tryout kid last season but was waived/injured with a foot injury. Extremely sluggish in the time I saw him in camp and games last year. Not sure why he was brought back. Maybe he’s in better shape. Don’t get the feeling lightning will strike twice but he has the advantage of knowing how the Steelers’ practices are conducted. No deer-in-the-headlights feeling, either. The veteran of the tryout, if there is such a thing.

1. Marcus Tucker/Northern Michigan 5’10 192: Successful, high-character player at the D-II level. Strong return background and value. Trying to be the first Northern Michigan player to appear in a game since Mark Maddox in 2000.

1. Gus Penning/TE Baylor 6’5 249: Viewed as a potential draft pick by NFL Draft Scout, so I guess you could call this “value.” Six catches last year for the Bears. Ran a 4.76 at Baylor’s Pro Day. The bottom of his Baylor bio only lists participation, not stats. I advise him to stay away from James Harrison with such news.

Had originally started out as a DT at Virginia Tech but quickly flipped to the offensive side. Captain of his high school basketball team. Hard not to root for him.

2. Justin Malone/OG Mississippi State 6’5 330: Large-frame guard who started 29 games for the Bulldogs. 23 came at left guard. Some experience at center, too. Foot injuries have bothered him throughout his career. Times were sluggish as his build indicates. 24.5 inch vert, 8’1″ broad. But battle tested in the SEC.

3. Michael Matulis/OG South Carolina 6’6 315: Experience almost everywhere. Began his career as a tackle, moved inside as his time progressed. Good size, decent athlete, who seems to work hard in the weight room (31 reps). Almost as many injuries as starts. Has had surgery on each shoulder and his left knee. Missed tons of time, both practice and game. Also missed one start this season due to a sternum injury. But could be a talented player who just needs to stay healthy.

1. Khaynin Mosley-Smith/NT Pittsburgh 6’0 295: Local kid, Woodland Hills native. Seven starts for the Panthers last season, recording 16 tackles, 2 for losses. Older prospect, will turn 25 in the summer. Suspended for the entire 2013 season for being at a house when a drug bust took place. Aaron Donald helped keep his head on straight and Mosley-Smith proved to be a valuable rotational player. Undersized at the nose. Testing suggests a marginal athlete.

1. Grant Campbell/ILB Baylor 6’0/2 229: Tested well at Baylor’s Pro Day where Mike Tomlin and Kevin Colbert were in attendance. 4.61, 37 inch vert, 9’8″ broad. 4.41 in the short shuttle. One year starter at middle linebacker who recorded 92 tackles last season. High school baseball star who began his career on the diamond with Cal State Bakersfield. Hit .457 as a senior.

2. Cory Magwood/ILB Furman 6’0/5 228: Led the Paladins with 127 tackles. But didn’t appear to create a ton of splash plays. Just 5 TFL, 0 sacks, 0 interceptions, and just one force fumble. Was apparently moved to WILL linebacker, said to be one reason for his lack of splash. Used as a nickel back early in his career. No testing information available.

1. Javien Elliott/Florida State 5’10 184: Clearly undersized. One year on defense. Walk-on who earned scholarship his final season. 37 tackles, 2 FF, and a pick in 2015. Average to below average athlete. 4.63 40, 34.5 inch vert, 4.39 short shuttle. Was pitted against Demarcus Ayers in the Peach Bowl. Maybe that’s how he got additional exposure to the Pittsburgh staff.

Older player who didn’t play football for two seasons. Locker room favorite. Went from working at Lids to playing in the NFL. Pretty cool. Best story of this group.

3. Donald Washington/Ohio State 6’0/2 197: 29 year old trying to get back into the league. 4th round pick of the Kansas City Chiefs in 2009. Lasted three years, recording 25 tackles. Appeared to be out of football until the Tortono Agronauts signed him in 2015, the same day they added ex-Steeler Thaddeus Gibson.

Washington spent last year with the Hamilton Tiger-Cats. Put up unreal numbers at the Combine. 45 inch vert, 11’3″ broad. But at 29, how much has that talent diminished?

2. Kelvin Fisher Jr/UTEP 5’10/3 197: Transferred from Arkansas after graduating. As Bob Labriola reported, his father Kelvin Sr, worked for the Steelers’ front office for over a decade. 33 tackles last season, adding a pick for good measure. Vert and broad numbers at his Pro Day were impressive, 37.5, 10’3″, along with his short shuttle (4.26).