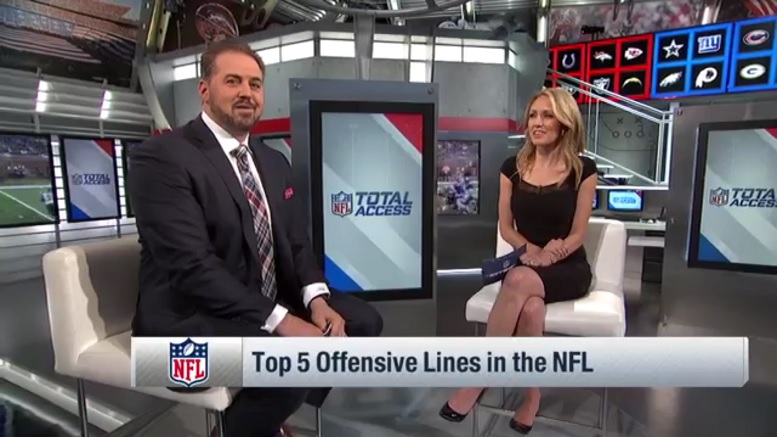 Even though the Pittsburgh Steelers should have All-Pro center Maurkice Pouncey back on the field this year, one NFL analyst, who just so happens to be a former offensive lineman, doesn’t believe that Steel City group is currently one of the top five in the league heading into the 2016 season.

During the Friday edition of NFL Total Access, Shaun O’Hara, who played 11 seasons in the league with the Cleveland Browns and New York Giants, rattled off his top five offensive lines currently in the league and that list failed to include the Steelers.

Top 5 offensive lines in the NFL:

Without the services of Pouncey last season, the Steelers offense still managed to rush for 4.4 yards per carry and that output also included them not having starting running back Le’Veon Bell for over half the season. Additionally, the Steelers only surrendered 33 total sacks in 2016.

For all of the grief that right tackle Marcus Gilbert received during the early stages of his career, his 2015 season was his best to date, yet it’s hard to find many who will stand up and recognize him for it. While starting left guard Ramon Foster is sure not to go down in Pittsburgh history as one of the all-time greats, he is perhaps the Steelers most consistent offensive lineman year in and year out. I’ve yet to even mention David DeCastro, who is easily one of the top five right guards currently in the league.

2016 will certainly be a big year for left tackle Alejandro Villanueva and while he certainly had his share of hiccups last season when asked to replace injured starter Kelvin Beachum, he consistently improved as both a run and pass blocker as the 2015 season wore on. Keep in mind that he is a former undrafted free agent, who entered the league with the Philadelphia Eagles as a defensive lineman after being out of football for two years while he served his country in the Army. To think he won’t be even better in 2016 as a result of extended work with offensive line coach Mike Munchak is ludicrous.

Should, however, Villanueva falter for whatever reason, the Steelers now have veteran tackle Ryan Harris on their roster after signing him as an unrestricted free agent during the offseason. This is the same Ryan Harris who won a Super Bowl last season with the Denver Broncos.

Now, I’m not here to argue that the Steelers should be the top offensive line heading into the 2016 season, but I firmly believe that O’Hara made a huge mistake by not listing them in his top five. I mean, he has the Green Bay Packers listed fourth. Really?

In the end, it’s probably good thing to finally see some part of the Steelers offense get slighted this offseason as that side of the football sure has received quite a bit of praise from most of the major media over the course of the last several weeks.