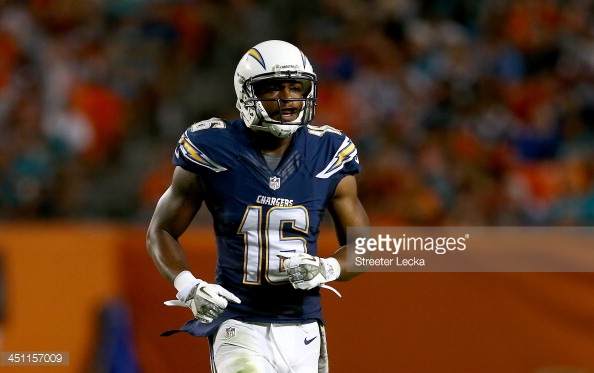 Ok, I want to be clear. These certainly are far from “prize” free agents and our first wishlist way back in March wasn’t exactly star-studded either. But instead of slogging through a meaningless rankings list, here is a slightly less meaningless free agency wishlist. Honestly, I don’t have any attachment to really any of these players but as the David Johnson signing indicates, the Pittsburgh Steelers aren’t necessarily done opening up their checkbooks.

Though some of my original free agents are still on the market (hi Leger Douzable!) I won’t repeat the same ones here. If you want to check out that list though, head on over to this article.

This list isn’t meant to be impressive. It’s niche, and a guide to add a couple players to round out the training camp roster.

Seyi Ajirotutu: I imagine if the Steelers want to bring in another receiver, it’ll be a veteran who can contribute on special teams. That’s Ajirotutu, a 28 year old who saw action of 262 special teams snaps last season. He had eight tackles, a “down” year after being an ace with the San Diego Chargers the previous two with tallies of 15 and 18 tackles during that span.

His time on offense has been very limited but there isn’t a window for him to see the field there anyway. It would add a veteran presence to the back end of a young group, a refreshing foil to Demarcus Ayers, Eli Rogers, and Shakim Phillips. If none of those three can hack it, Ajirotutu can have an immediate impact.

Jason Avant: Avant is certainly a veteran, an old man by NFL standards with a 33 on his birth certificate. And no, he doesn’t have much special teams value, though according to Football Outsiders, he played 62 snaps there last season, his most in years. While he’s lost his ability to separate, he still has a tremendous pair of hands and is always someone you can trust to secure the catch. He would have to come in on a veteran minimum deal but he’s a guy who could give you snaps on offense – if you ever needed them – and again, serve as a nice counterpart to the youth Ayers and the gang brings.

Sean Hickey: I’m going to stretch my own criteria a tad because I have mentioned Hickey once before on Twitter. Lay out the Steelers’ 90 man roster and they’re short a third string guard. Pittsburgh seems to prefer to go into camp with 15, three full teams, offensive linemen. They signed Kelvin Palmer right before camp after Mike Adams was shelved on PUP. If someone goes down in camp, and you’re left with just 13 players, you have a lot of moving around to do, something the team doesn’t like to do in its first week.

So if we’re looking for someone, we want someone who can play guard. Hickey played tackle at Syracuse but has worked at guard in the NFL, an expected transition. As we wrote about before, the Steelers had interest in him coming out of last year’s draft. This is undeniably a boring sign. And that’s why it’s perfect for Pittsburgh.

Amini Silatolu: This would be one of the bigger “names” here but there is at least some Steelers’ connection in play. He was brought in for a visit by the team before the 2012 NFL Draft. He enjoyed moderate success with the Carolina Panthers, but is coming off a torn ACL that has cooled off his market. It’s starting to pick back up with visits by the San Francisco 49ers and Kansas City Chiefs and maybe Pittsburgh decides to jump into the mosh pit when Silatolu’s health status is a little clear, and it’s more likely he’s good to go for the beginning of camp. Because damaged goods need not apply.

Cory Redding: My attempts to give Pittsburgh a five tech. This is my white whale. Ricardo Mathews is likely viewed as that guy but I understand the trepidation (lack of height, possible length, not a ton of experience there).

Redding was released by the Cardinals over a month ago, an expected move with his $3 million salary. He’s spent the latter half of his career playing in a 3-4 and though his production was poor last season, he was hindered by an ankle sprain. Previously, his production was solid, picking up at least 3.5 sacks in four of the last five seasons. He’d come on the veteran minimum deal and like receiver, add depth to the back end of the group. Sort of like this year’s Clifton Geathers, though much older.

Craig Dahl: The veteran depth at safety for Pittsburgh is rough; a-given-up-on Shamarko Thomas and special team-lifer in Ross Ventrone (Shark arguably belongs in that category now, too). Dahl’s only started a full season once in his career, way back in 2012 with the St. Louis Rams, but he started four games for the New York Giants last season, recording 44 tackles and forcing a fumble. Also played a ton on special teams, nearly 70% of the time.

Having Dahl make the roster would provide a tick more comfort if something happens to the starters and Sean Davis’ progression is slow. Just enjoy having those options though again, ideal depth is always fleeting. You are also talking about bigger minimum salaries for veterans, unless you kick in the veteran minimum qualifying deal.

James Ihedigbo: Similar to Dahl though Ihedigbo might be a little worse and definitely a little older. He was the starter in Detroit last year before getting benched for Isa Abdul-Quddus, who parlayed a strong season into a contract with the Miami Dolphins.

Still, he played a lot of football and showed impressive INT numbers in his 30+ years, including a three interception season with the Baltimore Ravens in 2014.