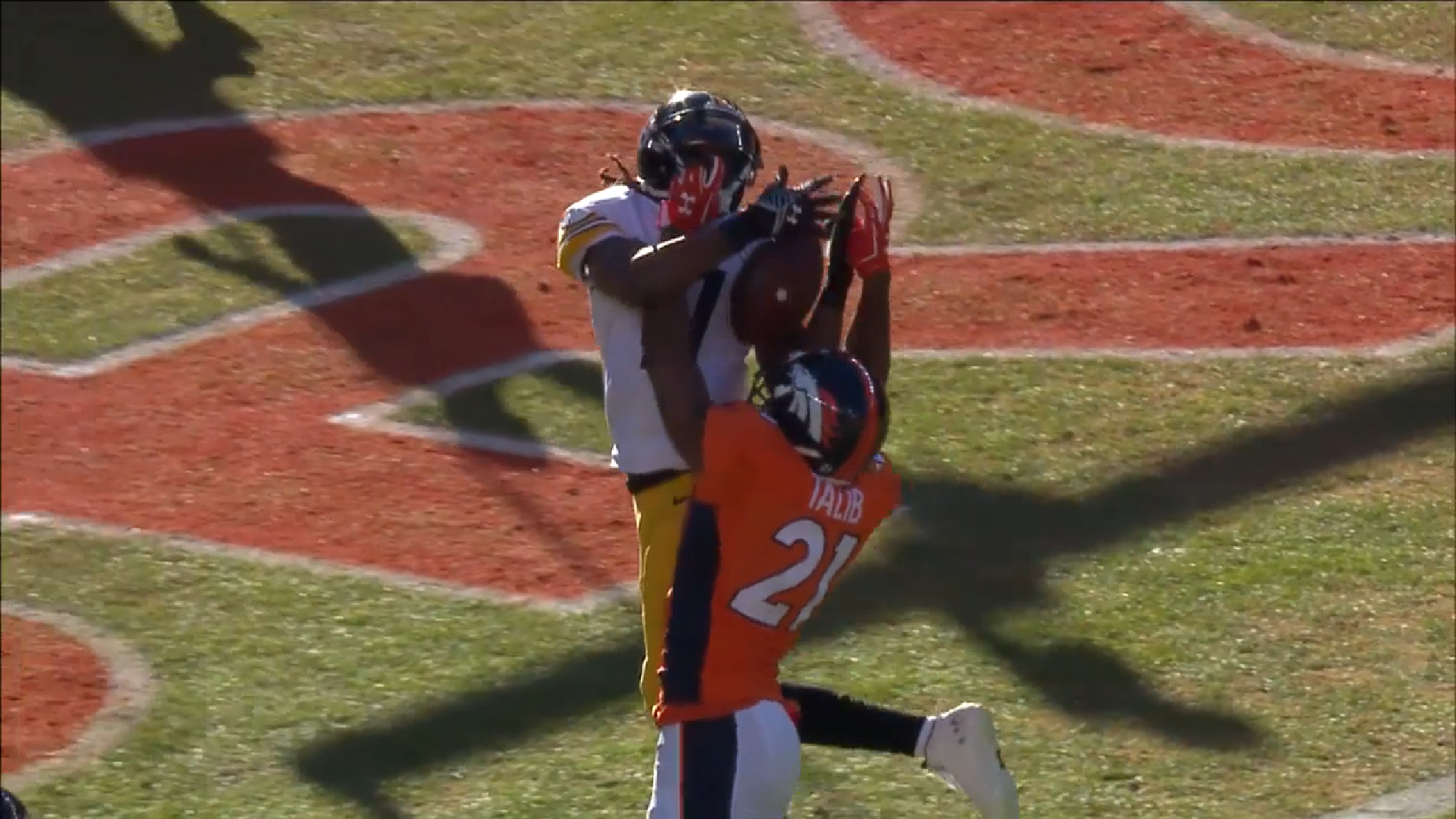 Pittsburgh Steelers fourth-year wide receiver Markus Wheaton received some criticism for his Divisional Round performance, during which he was asked to step up into the team’s top wide receiver role after Antonio Brown was ruled out for the game due to a concussion that he suffered the previous week in the Wildcard Round.

He is still very much aware of the game, though he has move beyond it. But he still remembers. During last week’s OTA sessions, he told reporters when asked if he still thinks about the game that “it’s in the past, we’re moving on”.

He made special note of “a dropped punt in that game that really bothered me”, though it is worth keeping in mind that he had not worked in-game as a punt returner previously. “But outside of that”, he said, it’s in the past. I watch a lot of the games, all of the games, really, and try to learn from them”.

We watch all of the games too, and also try to learn from them, though for different purposes, of course. Our aim is understanding and analysis, which is why I went back and looked at Wheaton’s targets and returns in the game.

While he caught five passes in the game, those five receptions netted just 30 total yards, and he was targeted a total of eight times. Two of his incomplete targets were poorly-thrown vertical passes, including on the first play of the game on which Ben Roethlisberger was determined to dispel the notion that his shoulder injury was an issue, with the goal more of putting air under the ball than throwing with accuracy.

Another of his targets came on a bubble screen on which the tight end was too slow to block the safety close to the line, and who was within a yard of Wheaton at the catch, resulting in a two-yard loss. He had two intermediate receptions on which he was tackled immediately with little separation at the catch point, and two additional intermediate receptions in which he either was given or found space, the latter working through two tackle attempts for his game-high 13-yard reception.

The play that is most pointed to, of course, was that other incompletion, a fourth-and-one play midway through the first quarter at the 32-yard line. After the short routes were not open, Roethlisberger saw Wheaton streaking open behind the coverage. While the pass was not delivered with ideal air or velocity, he had an opportunity to make a play for the pass and score, but the ball bounced off of his chest plate in between the outstretched defender’s arms.

Where he really struggled though, of course, was in the other area in which he was asked to replace Brown, as the team’s punt returner.

On his first attempt back deep, he allowed the punt to bounce, and for the Broncos to down the punt at the three-yard line. Following returns of eight and 12 yards, Wheaton was rocked after failing to account for the oncoming gunner as he strayed right to field another punt, but was fortunate to hang on to the ball. The next time, he wasn’t so lucky after allowing the punt to bounce multiple times and attempting to field the ball at the same time that the oncoming defender was about to contact him. He muffed yet another punt on his next opportunity, but was fortunate to have it recovered—and an illegal motion penalty would have negated a turnover.