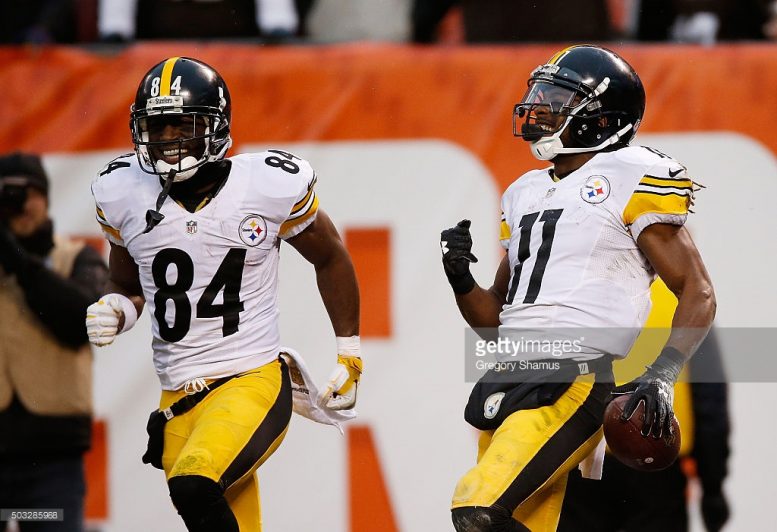 Even though the Pittsburgh Steelers have arguably the best wide receiver in the league in Antonio Brown, NFL Media analyst Charley Casserly recently listed the Washington Redskins as currently owning the best four-receiver group in the NFL.

While Casserly did factor in tight ends into his rankings, he still has the Redskins quartet of DeSean Jackson, Jordan Reed, Pierre Garçon and rookie Josh Doctson ranked No. 1 overall in the league and two spots ahead of the Steelers grouping.

It’s also worth noting that Casserly has Steelers suspended wide receiver Martavis Bryant as being one of their top four pass catchers along with Brown, Markus Wheaton and tight end Ladarius Green, who the Steelers signed early on in free agency this offseason. Casserly, a former NFL general manager, spoke glowingly of Green, who spent his first four years in the league with the San Diego Chargers.

“I like this guy as a receiver option at tight end,” said Casserly of Green.

While Casserly did account for tight ends when ranking each team’s top receiving units, he probably should have also included running backs as well and especially Steelers running back Le’Veon Bell. Bell, who figures to be ready for the start of the 2016 regular season as he looks to return from a serious knee injury that he suffered midway through the 2015 season, has already recorded 152 total receptions for 1,389 yards in the 35 games that he has played in since being drafted in the second round of the 2013 NFL Draft out of Michigan State. Let’s not forget that Bell’s 83 receptions in 2014 had him in the top 20 that year.

While the Steelers will indeed be without the services of Bryant in 2016, the hope is that second-year wide receiver Sammie Coates can take a huge step forward this season when it comes to filling a huge deep-ball void in Pittsburgh. Additionally, it’s important to remember that Steelers veteran wide receiver Darrius Heyward-Bey registered 17 total catches for 209 yards and 2 touchdowns in the first five games of the 2015 season while filling in for the suspended Bryant.

In case you’re curious, Casserly has the New England Patriots quartet of Rob Gronkowski, Julian Edelman, Danny Amendola and newcomer Martellus Bennett ranked ahead of the Steelers. He also has the Jacksonville Jaguars quartet of Allen Robinson, Allen Hurns, Julius Thomas and Marqise Lee ranked fourth-best in the NFL.

The Steelers, by the way, will open their 2016 regular season on the road against the Redskins and they’ll also play the Patriots this year at home in Week 7.