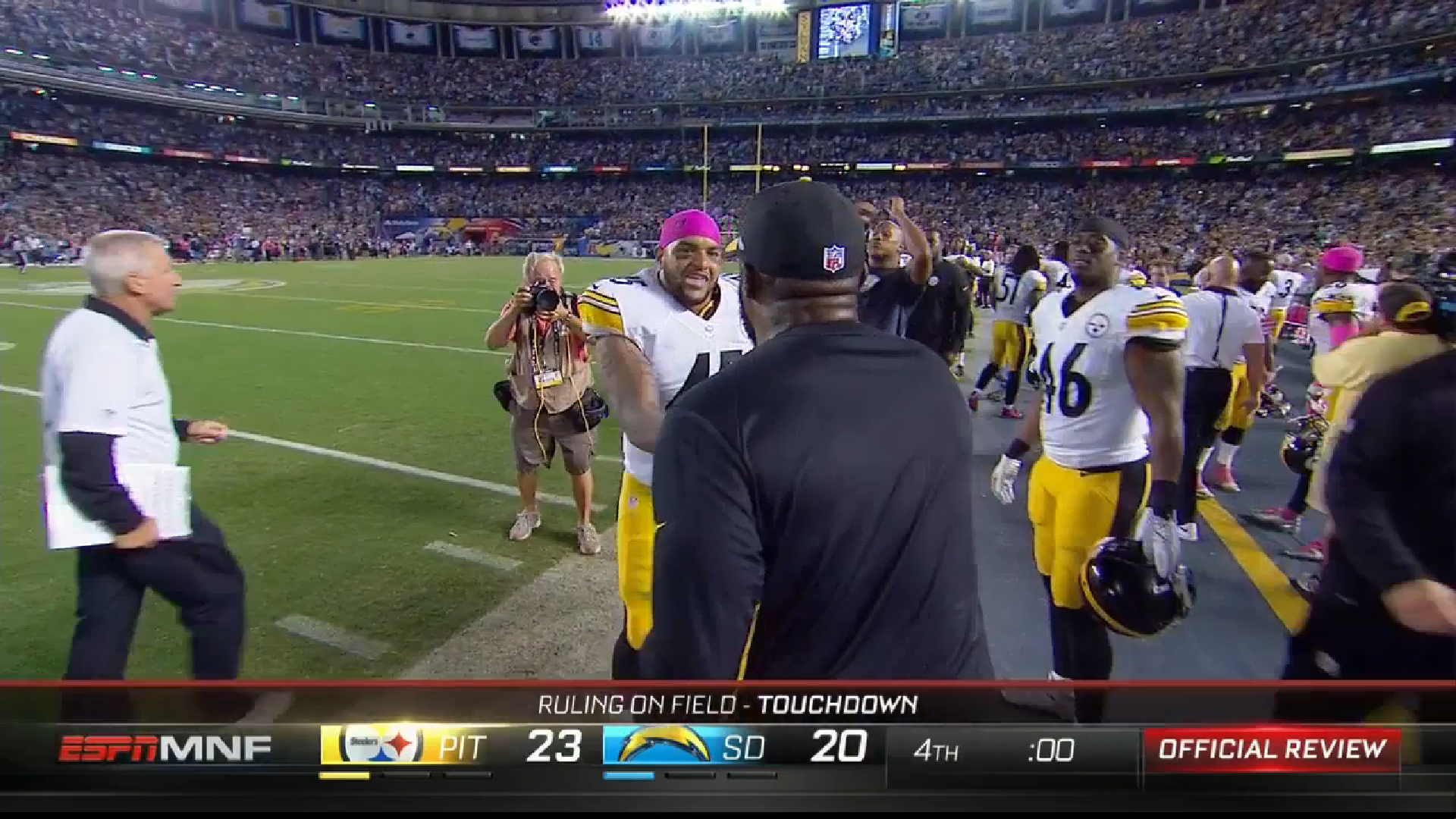 When college defensive lineman Roosevelt Nix came out for the draft in 2014, he faced an uphill battle after going undrafted, signing with the Falcons, and being converted to fullback. Unsurprisingly, he failed to make the 53-man roster, and was unsigned for the duration of the season.

The Pittsburgh Steelers signed Nix to a Reserve/Future contract at the conclusion of the 2014 season as a linebacker, but during the spring, perhaps realizing the significant unlikelihood that he would have any chance of cracking the depth chart as an inside linebacker within a stable of stem who were stout special teams contributors, they, too, converted him to fullback.

And in spite of a gradually building status as an underdog, he still faced a long uphill battle for most of training camp and the preseason, but the number of plays that he made on special teams, culminating in a blocked punt, cemented his position on the roster.

That he was also widely used at fullback during the preseason seemed to be but a bonus, yet they continued to use him—sparingly at first—as an honest-to-goodness fullback in the Steelers offense as though it were 2005 all over again. And the team found success doing it.

Because Nix’s offensive role occurred seemingly almost by fluke, without a real intention of developing said role, there did not often seem to be a coherent plan in using it, nor was it an actively significant piece of any of their game planning by appearances.

Given the very tangible success that they found in utilizing him in the running game, however, one might be led to suspect that they should intend to incorporate the fullback into the offense further in 2016. Will Johnson’s effectiveness in that role during the three previous seasons was mixed, but Nix offers a different dimension as 5’11”, 250-pound cannonball.

Another factor at play is, of course, the retirement of Heath Miller, who was a major component of the Steelers’ run-blocking, as should go without saying. With his absence, it would only behoove the Steelers to utilize a two-back backfield with a lead blocker, which may be more valuable in terms of run-blocking quality than any combination of two-tight-end sets that they have available to them this year.

As Alex Kozora noted back in late February, the second-year player’s performance was not wholly unnoticed, as at least one outlet recognized Nix as the league’s seventh-best fullback out of the 20 accounted for based on requisite number of snaps. Considering his relative inexperience in that role and limited work, he should only improve in 2016.