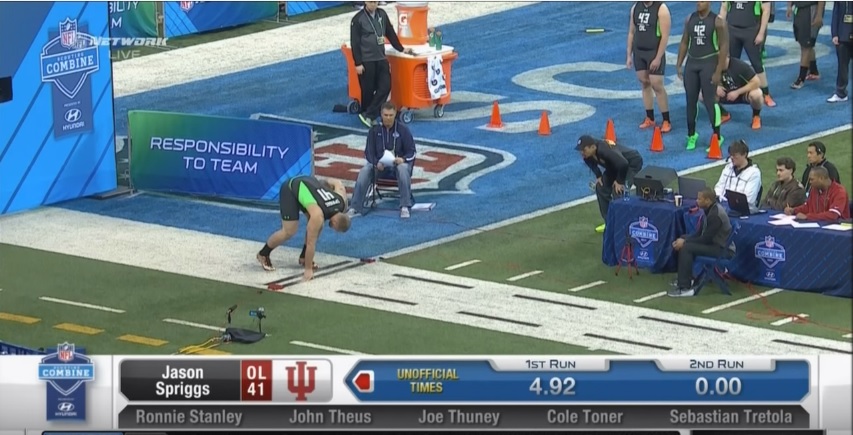 The Pittsburgh Steelers continue to show interest in some of the best tackles in this year’s class, meeting with Jason Spriggs at the Hoosiers’ Pro Day according to Tony Pauline. He describes the interaction as a “long sit down.”

It is not clear if it was a team scout or Mike Munchak who attended the workout. With Jerald Hawkins coming into town today, it would be surprising to see Munchak gone from the facility.

Pauline notes Spriggs’ Pro Day workout was solid, recording a 35 inch vertical and a 7.37 in the three cone.

Spriggs was just one of four sub 310 pound offensive linemen to “fit” our criteria when I studied the team’s draft trends along the offensive line. He’s also a 48 game starter and team captain, two elements the Steelers really prize.

I wrote the scouting report on him last month, which you can at the end of this article.  Though I believe him to be a late second round talent, with his athleticism and being part of a weak tackle class, he is nearly certain to go much higher than that. Pauline indicates Spriggs as a late first round pick. If the Steelers don’t trade up/down, they’ll have to use the 25th pick on him, something that does not seem terribly likely.

Still, he’s another in a long list of names to monitor as we steamroll closer to the draft.