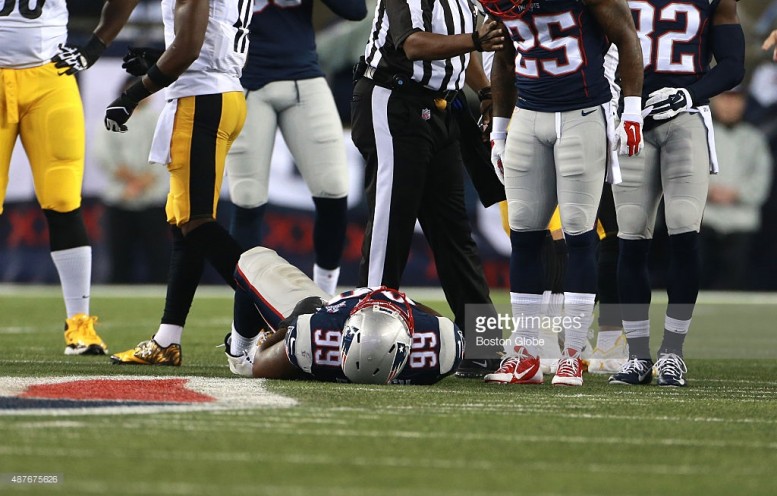 The New England Patriots parted ways with one of their former first-round draft picks on Wednesday as defensive tackle Dominique Easley was waived.

Easley, who had entered the NFL with health questions after suffering multiple ACL injuries at Florida, finished both of his first two seasons in the league on the Patriots Reserve/Injured list. He totaled just 25 tackles and three sacks over those two seasons. According to the league’s official transaction sheet, Easley was waived without any kind of injury designation.

According to Tom Curran of CSNNE, there wasn’t just one thing that led to Easley’s Wednesday waiving. He did, however, note that the Patriots and Easley had philosophical differences on how injury programs were being followed.

Regarding Easley, there is no one incident that led to release. Call it philosophical differences on following injury programs, etc

Jason La Canfora of CBS Sports reported on Twitter that Easley’s waiving “is not a pure performance/football matter” and that off-field may have also played a factor.

Patriots release of Easley is not a pure performance/football matter. Off field issues related to the decision to part w/ former top pick

Easley is also reportedly currently facing a lawsuit in Palm Beach County, Florida that centers around his dog biting an individual.

If you’re one who thinks the Pittsburgh Steelers should put in a waiver claim for Easley, you might like to know that his full base salary in 2016 of $1,083,959 appears to be fully guaranteed. In other words, should any team wind up claiming Easley, they’ll be responsible for paying him that money. Should, however, Easley clear waivers, the Patriots will be on the hook for all of that money pending the offset language in the contract.

The fact that the Patriots waived Easley this late in the offseason is probably a good sign that multiple issues exist. We’ll see how the next 24 hours go and whether or not any team decides to put in a waiver claim on the former first-round draft pick. I fully expect he’ll clear waivers and then become a street free agent.