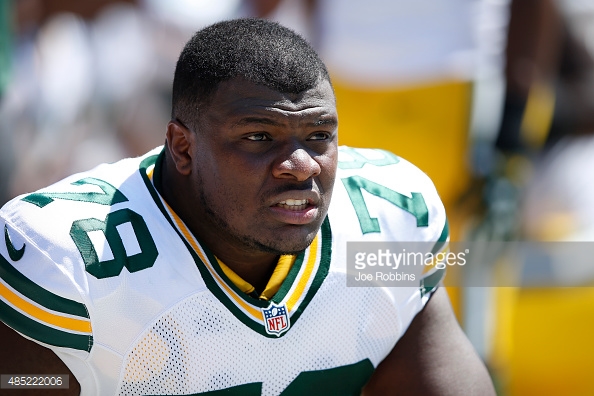 Lavon Hooks is no stranger to new places. A football nomad, being shuttled to Pittsburgh is just another city, another coach, another chance.

His football career began at Brookwood High School in Snellville, Georgia. He spent 9th and 10th grade playing football and basketball, before doing the same at Meadowbrook HS, a half hour away in Norcross.

Academic issues followed him throughout, forcing him to spend two years at Northeast Mississippi Community College. He became a force there, racking up 12.5 sacks in two seasons, while continuing to play basketball. First, for a semester at Marion Military Institute and then at Northeast Mississippi in the spring, where he led the conference in rebounds.

Four years of sports. Four different schools. He didn’t just take the road less traveled. He took every path he could find.

Named one of the top JUCO prospects in the country, Hooks didn’t want to be a Rebel. He wanted to be an Auburn Tiger. But as AL.com quotes him, again, academics got in the way.

So Ole Miss it was. Hooks said he wanted to find a place that would let him be an impact player but that goal was met with only limited success. He started only two games in 2013, making ten tackles and recording 1.5 sacks. 2014 was statistically better with 6.5 TFL and two sacks though he failed to crack the official starting lineup.

His Pro Day results were just ok, the casual dining of football. Not five star, not fast food. A 5.29 40, 27 inch vertical, but above average agility drills with a 4.82 short shuttle and 7.66 three cone. The latter would’ve been the second best mark of 310+ pound defensive lineman who attended the combine this year.

But with scant production, he went undrafted, scooped up by the Green Bay Packers after the draft. He spent the offseason with them but was part of the initial cutdown to 75, waived on August 31st. That’s the cruel reality. Sign, work your butt off, get cut. And Hooks didn’t even get a signing bonus. Hopefully he got to keep a T-shirt.

He was not signed to the practice squad, only earning a mid-September tryout with the Packers, but an emergency never presented itself to offer Hooks a second go-around.

It’s fair to assume he’ll be used as a nose tackle, though with sub-package the Steelers play, the positions have blurred into roles. Like we’ve written about, he’s going to have to be able to rush the passer to have a chance given how infrequent the nose tackle plays and if the team wants a plugger, they still have the massive Daniel McCullers.

The best thing I can say is I like his basketball background and maybe his feet will allow him to be disruptive and turn a couple heads. This team has tried undersized spark-plugs over past years, Mike Thornton and the newly re-signed Roy Philon come to mind, so maybe Hooks’ more conventional size gives him a better chance.

Hooks is probably happy to keep receiving chances, another location to start anew, but has gotta be frustrated over being chewed up and spit out. If he can latch onto the practice squad, he’ll do (metaphorical) backflips. The precedent, however, isn’t promising.