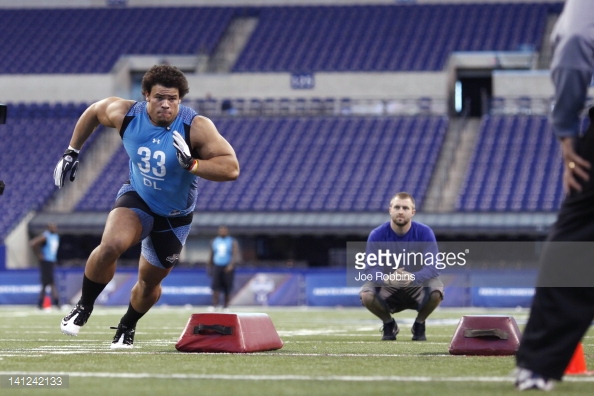 It appears the Pittsburgh Steelers and Tennessee Titans are swapping low-level free agents. Mike Martin, who has spent all four years with the Titans, visited the team, according to ESPN’s Jeremy Fowler.

Martin, who is 6’1 and a listed 307 pounds, was drafted by the Titans in the third round of the 2012 draft. He played in only five games last season and was placed on injured reserve in December with a knee injury. After a strong rookie campaign that saw him record three sacks, he played only 51 snaps last season.

Given his height and lack of length, 32 1/4 inch arms, he’s likely viewed as a nose tackle candidate to replace Steve McLendon, who signed with the New York Jets last week.

He reportedly dropped his weight down to 295 pounds after playing in the 320 range in 2014. Obviously, it didn’t lend itself to seeing the field more.

Off his rookie contract, you’d have to think that if he was signed, it wouldn’t be for much, if any, more than the minimum.

Should be become a Steeler, Pittsburgh will have taken two of Tennessee’s UFAs – Steven Johnson being the other – while Tennessee has signed two former Steelers in Antwon Blake and Sean Spence.