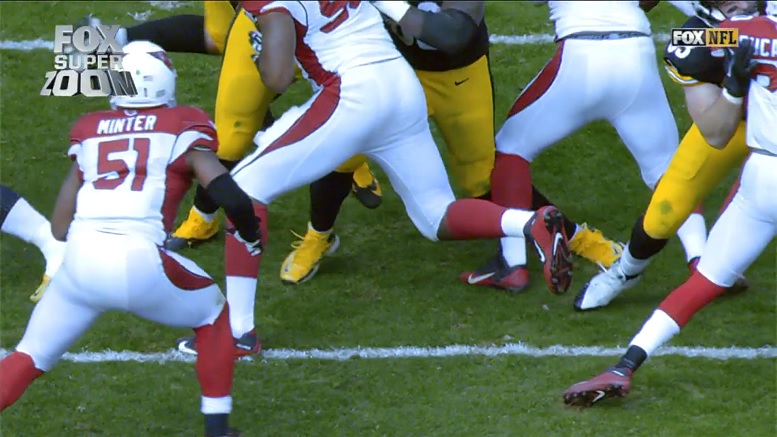 With Kelvin Beachum unable to be retained last offseason, as well as this offseason, and the uncertain health and ability of Mike Adams, the Pittsburgh Steelers understood that offensive tackle was a major position of need this offseason, no matter how comfortable they might have been in the starting pair of Alejandro Villanueva and Marcus Gilbert.

That is why they made another pitch to Beachum to try to keep him on a one-year deal, and why they offered a contract to Russell Okung before signing Ryan Harris to a two-year deal and scheduling another visit with yet another free agent tackle that ended up not being necessary.

It has been a lesson well learned for the Steelers organization that depth along the offensive line is crucial. They know this about as well as any franchise, especially with All-Pro center Maurkice Pouncey missing two of the past three seasons. You need somebody who can come in and at least offer a serviceable performance in his place.

Either Harris or Villanueva will be that somebody this season for the Steelers after they had to stumble into Villanueva being that person last year. Beachum tore his ACL six games in to the 2016 season, and with Adams spending the entire season on the PUP list, they had nobody else but the Ranger and his virtually nil experience to depend upon.

Now he has that experience, and would make an excellent swing tackle, or potentially a solid starter—as would Harris, depending on who cements himself as the starter over the course of the offseason. But if you need a reminder as to why this is so important for the Steelers, here’s a brief recent history lesson.

The Steelers were fortunate to get a full season out of Gilbert last year. It was the first time in his career that he had done so without missing significant time in at least a game or two. And, of course, the team got 12 starts including the postseason out of Villanueva as a backup in 2015.

The year before that, Beachum didn’t miss a snap, but Gilbert missed four games, thrusting Adams into the lineup for those four games. in 2013, Adams was the starter, but got himself benched after four games. He later made another start as a backup when Beachum was injured for a game.

The 2012 was a minor disaster at right tackle. Amazingly enough, they got 16 games out of Max Starks on the left side, but Gilbert made it only five games before suffering a season ending-injury. Adams replaced him for six games before he, too, suffered a season-ending injury. Beachum filled in the final five games, and even managed to get injured in the season finale.

2011 was Gilbert’s rookie year. He was thrust into the starting lineup after Willie Colon suffered an arm injury in the season opener, ultimately starting 13 games. The Steelers brought back Starks after four games of futility at left tackle as well. Colon, of course, missed the entirety of the 2010 season, prompting the Steelers to sign Flozell Adams. That year, Starks suffered a season-ending injury that put Jonathan Scott in the starting lineup. In the Super Bowl.

So welcome aboard, Ryan Harris. You’ll probably be starting this year, one way or another.