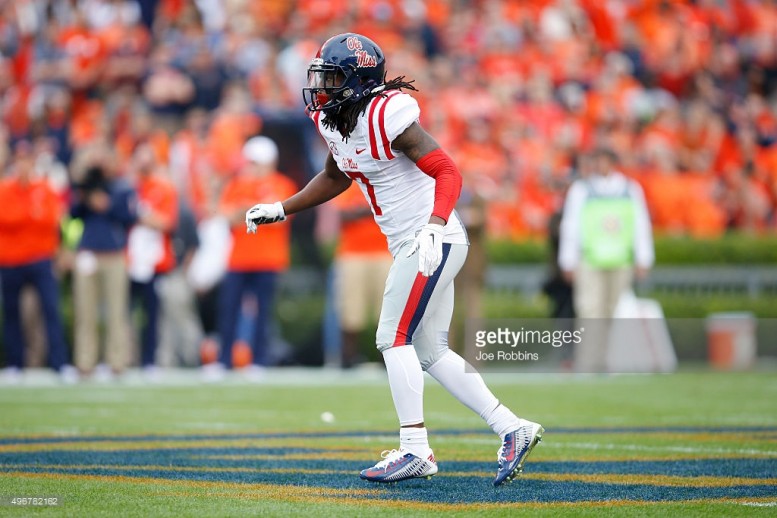 There’s a good bet the Pittsburgh Steelers will select a safety at some point during the 2016 NFL Draft and one prospect that seems to have their attention is Mississippi’s Trae Elston and he said as much on Monday after taking part in the school’s annual pro day.

According to Davis Potter, the sports editor at The Oxford Eagle, Elston indicated during his Monday talk with the media that he’s hearing from the Steelers, Minnesota Vikings and the Detroit Lions the most during the pre-draft process.

Last year the Steelers drafted Mississippi cornerback Senquez Golson in the second round of the 2015 NFL Draft.

Safety Trae Elston said he's hearing from the Vikings, Steelers and Lions the most. #OleMiss

Elston reportedly registered a 34.5-inch vertical jump on Monday in addition to a 9’11” broad jump. As far as his 40 times go, while unofficial, Kevin Weidl reported his first attempt was in the high 4.5 range with his second run being 4.45.

Last season, Elston recorded 70 total tackles and 4 interceptions in addition to 14 total passes defensed. It should also be noted that Elston and Mississippi wide receiver Damore’ea Stringfellow were both arrested and charged with disorderly conduct this past January in Oxford, Mississippi. Elston was also charged with resisting arrest during the incident. Elston quickly took to Twitter that evening to apologize for his actions.

It’s unknown as to if the Steelers had anyone in attendance at Mississippi’s pro day but there’s a good bet that someone from the organization was there. Additionally, I would probably look for Elston to be brought to Pittsburgh for a pre-draft visit in the coming weeks.

Elston is expected to be selected during the third day of the draft according to several analysts.

Elston said speed was the biggest thing teams were looking at out of him today since he's considered undersized. Ran a 4.4 today in the 40.

Freeze mentions Trae Elston's name has come up often in his meetings with coaches, GM's.