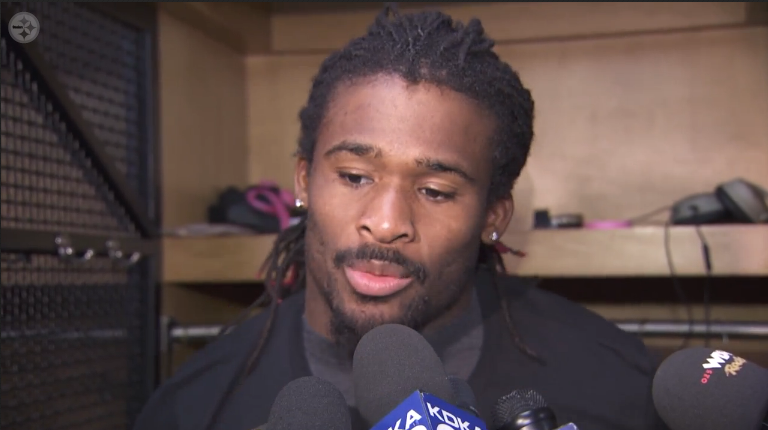 This is a story I thought I’d never write.

Mike Tomlin is on Twitter but smartly so, rarely says anything. So when he does, it draws attention, especially when it’s aimed at scolding one of his players.

In his first tweet since November, Tomlin told DeAngelo Williams to take it easy on the Twitter confrontations.

DWill (@DeAngeloRB) quit while you are behind! #Really

It’s in response to the field day Williams has had on Twitter for the last several weeks. In February, Williams took a shot at Patriots’ fans, causing a stir in Foxborough.

From what I'm told only tom Brady likes the head coach so no thank u I'm happy where I am https://t.co/WILRq6FbSu

Had some very blunt things to say about Peyton Manning.

Look Peyton is a hall of fame qb who couldn't play dead in a western last year but career over all is astonishing but last year was ??

And has been getting into Twitter arguments left and right.

Oh Tim nice angle attack my literacy? you must be an old school parent your kids friends don't like u huh? https://t.co/onTaBNKEMM

It’s hard to tell how serious Tomlin is, and tweeting at him is certainly an odd approach. The Steelers aren’t new to social media problems. Last season, Mike Mitchell received an assumed ban from Twitter and Instagram after messaging a fan and telling him to go kill himself. Mitchell is now back on those sites but uses them only sparingly.

There’s no question Williams is one of the most outspoken and opinionated members of the Steelers. That’s part of what makes him great. And he’s done a lot of good for the community and the world, just getting back from traveling to Egypt. But maybe it’s time for him to listen to his head coach and take a vacation.