Some good news on the Pittsburgh Steelers‘ front as we ring in this March. Le’Veon Bell was able to run for the first time since tearing his MCL on November 1st. He posted the workout on his Snapchat, indicating he had a 23 minute run.

Under the watchful eye of running backs coach James Saxon, here are a couple screenshots from the videos Bell posted. 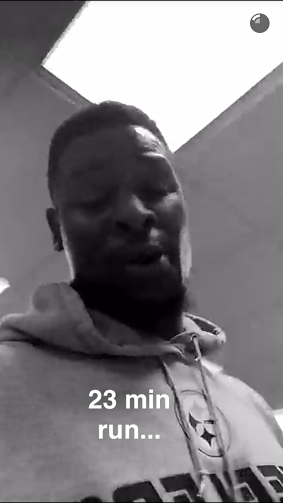 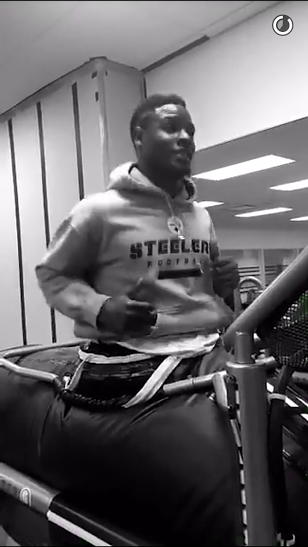 Says Bell, predictably in good spirits, in the video.

“Today is the day I get cleared…first day running.”

“First day back in a couple months. I feel good.”

He also sent out this video from his Snapchat, showing him running.

The fact it took four months to the day for him to start running at all shows just how severe of an injury he suffered. But with the entire offseason to get healthy, there is good reason to expect him to be ready for Week One. Kevin Colbert recently declined to put a timetable on Bell, saying “he’ll be ready when he’s ready.” But this is a great step to Bell’s eventual return.

He averaged a career high 4.9 yards per carry across six games, rushing for 556 yards and three touchdowns. Follow him on Snapchat at l_bell24. He’s an entertaining guy.