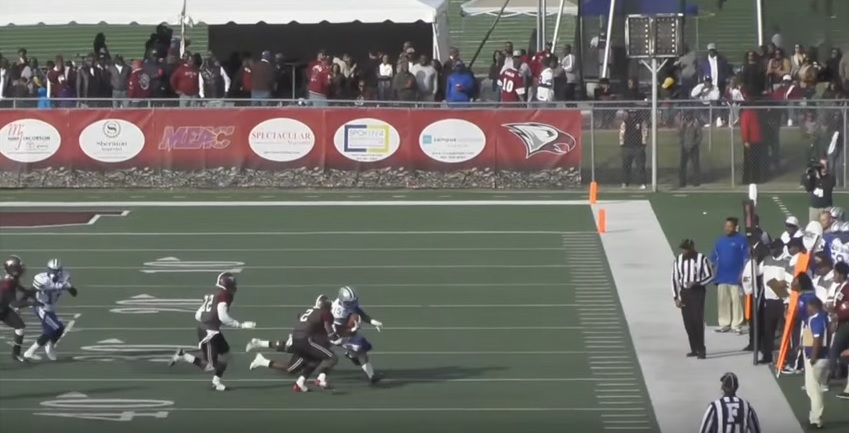 We now know another player the Pittsburgh Steelers intend to bring in for their pre-draft visits. Cornerback Ryan Smith is expected to make a trip to Heinz Field, according to Aaron Wilson over at National Football Post.

Smith is a small-school corner from North Carolina Central but stuck out enough to earn a Combine invite. He performed well, running a 4.47, jumping 36 inches in the vert, and 10’2″ in the broad. Only arm length kept Smith off my study in the types of cornerbacks Pittsburgh drafts. Athletically, he hits every mark.

He was a four year starter for the Eagles with 42 in all. In his career, he’s picked off seven passes and broke the school record by averaging 28.1 yards per kick return.

Pittsburgh does not often take FCS level players. They’ve only drafted four since 2000, Kevin Colbert’s first year. But this visit shows obvious interest and yes, one of those four was Cortez Allen, who attended The Citadel.

Smith is the second cornerback and third defensive back to have a scheduled visit. Corner Tavon Young and safety Jayron Kearse are the other two.

There is no specific date for when Smith will be brought in. Every team gets 30 visits, not including local players. As of today, the Steelers sit at four, with OT Jerald Hawkins the other.