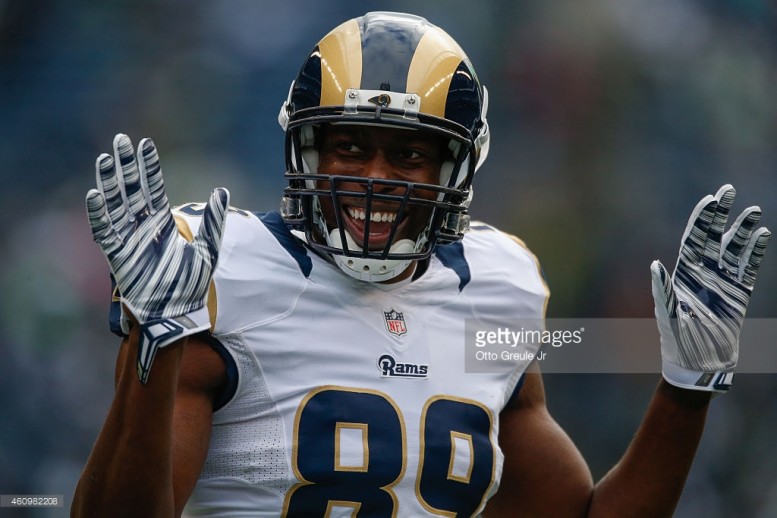 Now that Pittsburgh Steelers tight end Heath Miller has decided to retire and combined with the fact that the team is not guaranteed to draft a tight end this year, one could easily speculate that at least one with experience will be signed to the roster between now and the annual college selection event.

Since the Miller news broke Friday afternoon, we have already seen several names of players suggested for the Steelers to sign with soon-to-be unrestricted free agent Dwayne Allen and recently released Jared Cook leading the list.

When it comes to Allen, who has spent his first four years in the league with the Indianapolis Colts, it is in my opinion that his price tag will be too steep this offseason for what he offers in return. On top of that, his blocking seemed to slip some last season. Remember, Allen, is also a little undersized at 6’3″ when it comes to the prototypical, all-around tight ends.

As far as Cook goes, the St. Louis Rams obviously felt that he was no longer worth $7 million season and that’s why they released him on Friday. While he does have good size at nearly 6’5″, his blocking, and more importantly his effort, has long been questioned.

When Cook was at South Carolina, then-head coach Steve Spurrier benched him in a 2009 game against Clemson. If that’s not enough, when Cook was in his second season with the Tennessee Titans, then-offensive coordinator Mike Heimerdinger called him out publicly and said the tight end needed to become a more consistent player.

Effort and consistency aside, let’s not forget that awful scene that Cook caused on the sideline a few years ago when he pushed then-St. Louis quarterback Austin Davis for no apparent reason after it was he who dropped an easy pass in the end zone in a game against the Dallas Cowboys. That’s a red flag for sure. By the way, don’t get me started on the amount of drops that Cook has had since he entered the league as he’s had his fair share of them and more.

As you can clearly see, I’m not very high on Allen and Cook at all and especially being as both figure to fetch more than their worth on the open market.