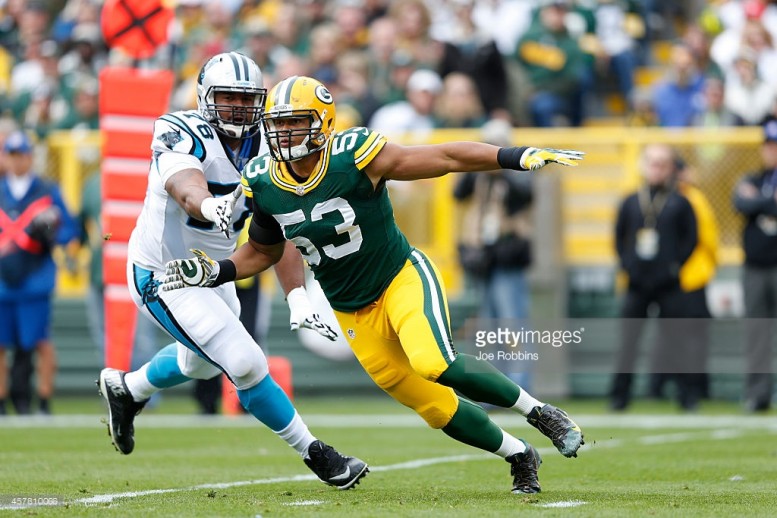 Four weeks from tomorrow free agency will begin and while I don’t expect the Pittsburgh Steelers to be huge players when it comes to signing outside unrestricted free agents this offseason, I think we will see one or two inexpensiveness players added. When you consider that the Steelers biggest need this offseason is on the defensive side of the football, it’s easy to speculate that they might try to sign a front seven player in addition to possibly a secondary player.

As we’ve seen in the past, the Steelers like to bargain shop when it comes to outside free agents and generally they prefer to add players coming off of their first contracts, or those who are well on the right side of 30 years of age. Using that as a guide, one would think the Steelers might have some interest in outside linebacker Nick Perry, who originally entered the league as a first round draft pick of the Green Bay Packers in 2012.

Perry’s time in Green Bay was pretty uneventful and it included him missing 18 regular season games over the course of four seasons due to knee, foot, ankle and shoulder injuries. When he did play, he was mostly used in rotational role and has thus never sniffed 500 defensive snaps in any of his first four seasons.

After failing to have his fifth-year option picked up by the Packers last offseason, Perry then proceeded to have his best year as a professional as he recorded a career-high 31 total tackles to go along with 3.5 sacks. On top of that, in the Packers two recent playoff games, Perry’s 3.5 sacks were tops on the team. It’s also worth noting that Perry’s play against the run has improved since he came into the league.

Based on what Perry has done during his first four years in the league, it’s hard to imagine that is current market value is more than $3 million a year. In other words, he should be affordable this coming offseason to any 3-4 team that is looking for a rotational outside linebacker. Remember, free agency will take place long before the draft, so when it comes to the Steelers, who might be in need of another edge player depending on what ultimately happens with veteran outside linebacker James Harrison, signing an experienced player such as Perry might be an option.

While I still advocate the Steelers drafting yet another 3-4 outside linebacker this year, they could always use experienced depth and especially being as Jarvis Jones and Arthur Moats might be out the door after the 2016 season.

The Steelers should know quite a bit about Perry as well as they brought him to Pittsburgh for a visit prior to the 2012 NFL Draft.