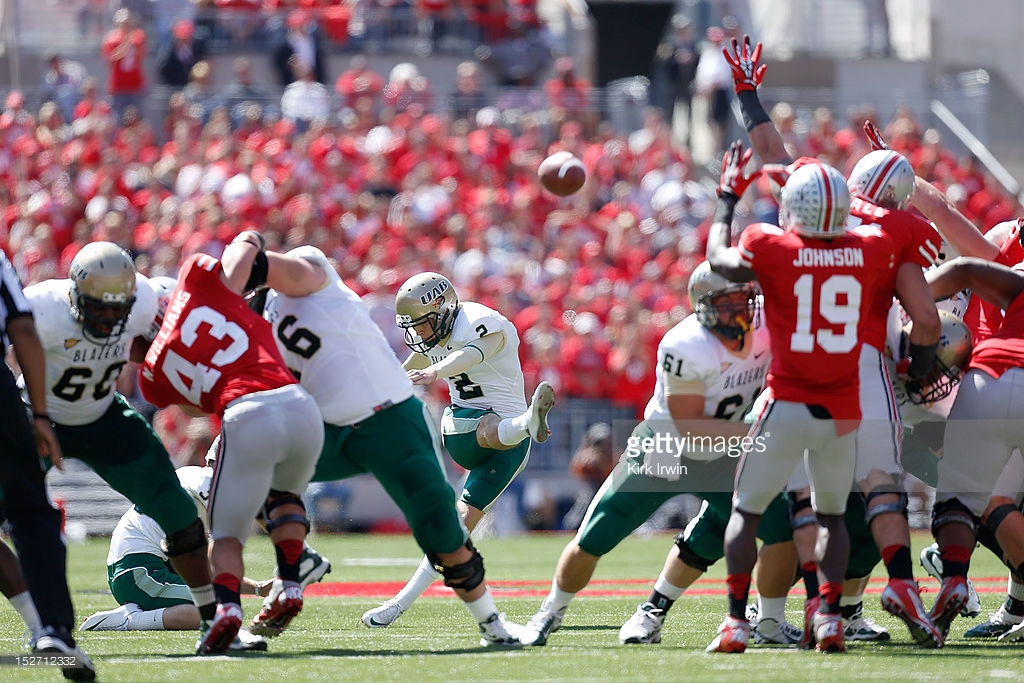 For a time, Long’s 2014 graduating class seemed to be the final one in UAB history. Its football program would be shut down, sitting out this year, but almost immediately as the announcement came, it was reversed, and the Blazers are to set to play again in 2017.

Had it been the final class, Long would’ve gone out as one of the program’s greatest kickers. He came to college a successful player out of Roswell High School in Georgia, who showed an otherworldly leg that that parlayed its way into the starting gig his freshman year. It was an impressive campaign, going 16/19 in 2011. He would miss just three times  in 2012, and nailed a 54 yarder against Ohio State, a school record.

He would set another record, finishing his career with the most field goals – 59 – in Blazers’ history, breaking a school record that stood for ten years. Five of those makes came from 50+ yards.

Like most kickers, he went undrafted, but picked up as a UDFA by the Washington Redskins. He would last the entire summer, though like most backup kickers, he had trouble seeing meaningful snaps, never attempting a field goal and only two extra points – each of which were converted – during the preseason. Practice is one thing, but making kicks on air isn’t something coaches will pay much attention to. Long lost out to Kai Forbath and spent the year without a home.

Pittsburgh worked him out on January 1st, a fresh start and year.  He also participated in the Gridiron Showcase, an event that had a game last year but curiously, appeared to nix it for this season.  Long signed with the Steelers 19 days after his workout, announcing it on his Twitter.

Feels good to be a Steeler! pic.twitter.com/29i2qjCiY6

The typical immediate reaction to the signing was one of befuddlement from fans. With Chris Boswell and Shaun Suisham on the roster, why add a third kicker? Obviously, Suisham is still rehabbing and as of two weeks ago, still hadn’t resumed kicking. Having Long take offseason reps to give Boswell’s leg a rest, and the need to have a kicker for rookie minicamp, were all logical reasons to tack on another body.

Though the offseason serves as a time for optimism, Long probably already realizes the harsh reality of the situation. He’s not breaking camp with this team. Even after a season where the Steelers churned through four kickers, Long rising up to become the starter is the unlikeliest of scenarios. But he has another opportunity, a chance to kick while Suisham potentially misses the start of training camp, or at least, is limited. For a position where chances are scant, it’s not an ideal chance, but a chance nonetheless.