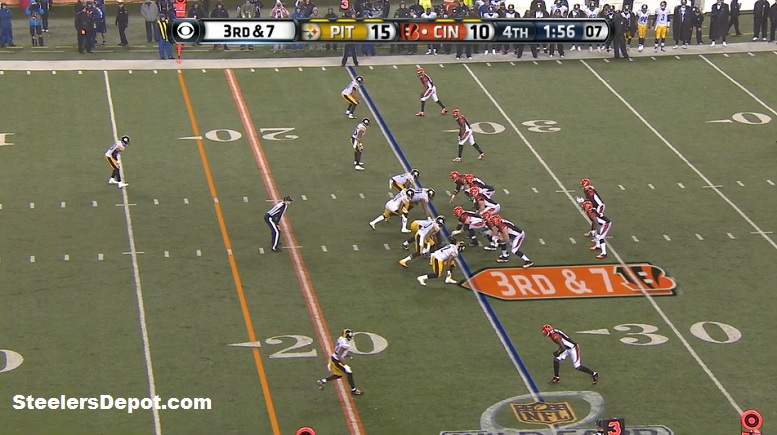 Supposedly the Pittsburgh Steelers got all of the calls Saturday night in their win over the Cincinnati Bengals but if you go back through the game with your eyes open, you’ll find that’s not necessarily the case.

I’ve already shown you Bengals running back Jeremy Hill taunting Steelers cornerback William Gay following the touchdown reception by wide receiver A.J. Green and as it turns out, that play should’ve never happened from the down and distance it did.

As you can see in the animated gif below, Green should’ve been flagged for a false start as he clearly flinched prior to the football being snapped. In other words, the Bengals should’ve been facing a 3rd and 12 from the Steelers 30-yard-line instead of 3rd and 7 from the 25.

So there you go, the official missed two calls on one play and it was a very important one at that.