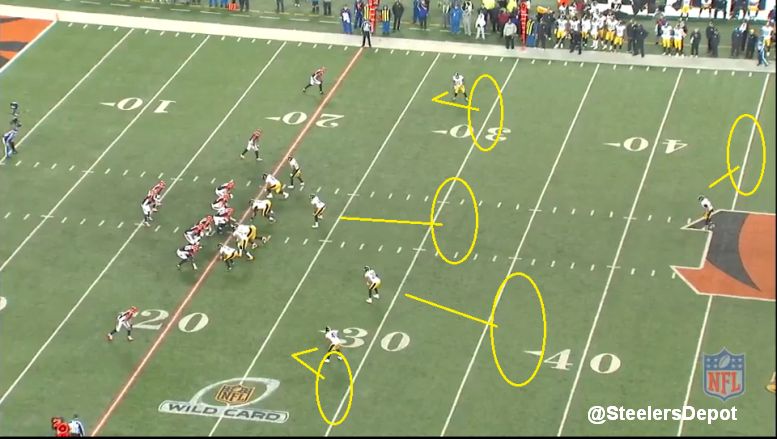 The Pittsburgh Steelers‘ defense did an overall admirable job in their Wild Card win over the Cincinnati Bengals. But they did suffer a couple of breakdowns through the air, the majority coming off their Cover 2 look or some variation. We’ll jump to the tape and look at examples from the good and the bad Saturday.

The first clip is A.J. Green’s 22 yard catch early in the third quarter. Steelers are in a traditional Cover 2 look. The one Bud Carson drew up in the 1970s.

The safeties are going to be responsible for #1 vertical but the corners have to be able to provide support and allow them time to get off their landmark – the hashes – to make a play on the ball and compete at the catch point. Corners need to keep outside leverage and force the receiver inside, limiting the ground it takes for the safety to get over and re-routing the receiver to make him take longer to get to his spot.

Here, Gay lets Green have the outside too easy and doesn’t sink enough to help squeeze the throw, despite no threat underneath. A.J. McCarron fires it down the left sideline and Green makes the grab, a second before Mike Mitchell is able to get there. Doesn’t even have a chance to separate player from ball. 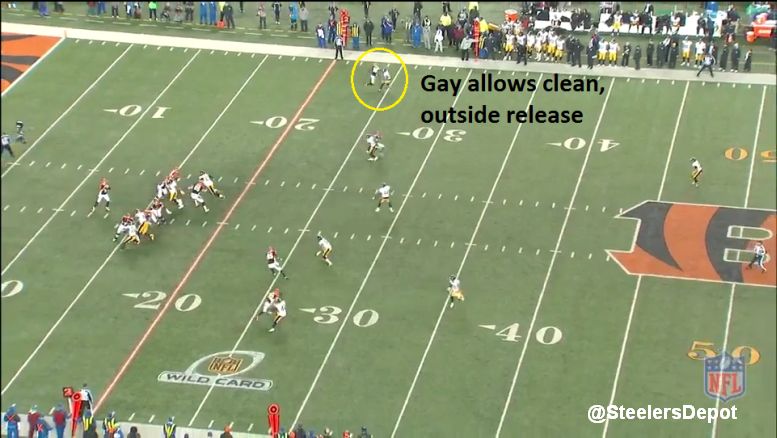 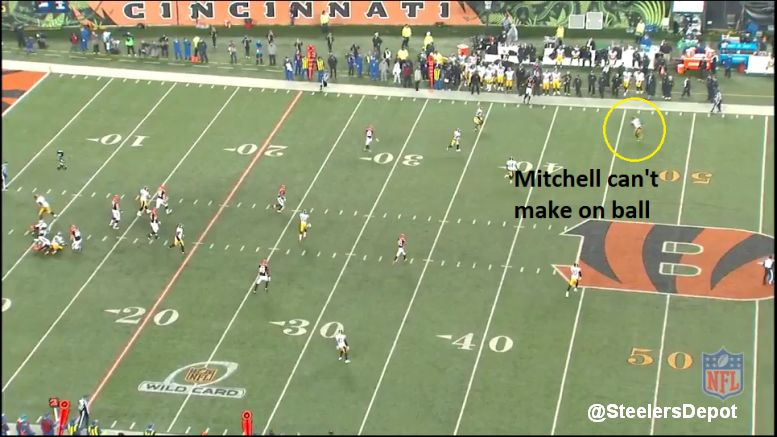 Later in the quarter, we see much better technique from him. Same call – Cover 2. But Gay sets a hard outside edge, like a linebacker on a run, to force Green to take an inside stem before dipping back towards the sideline. He also does a nice job sinking to squeeze #1 vertical. 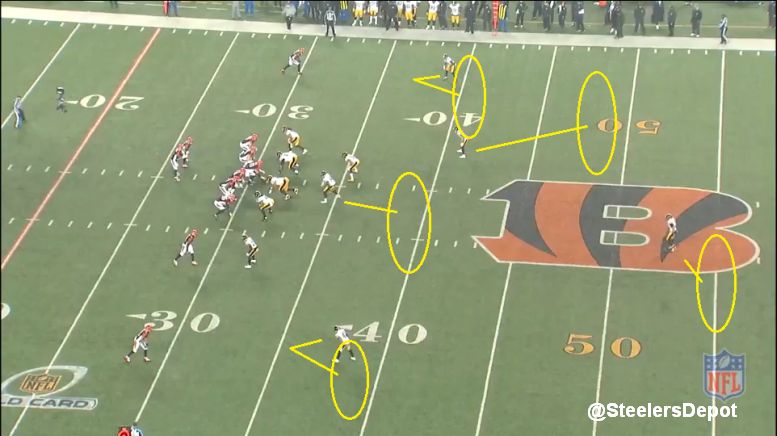 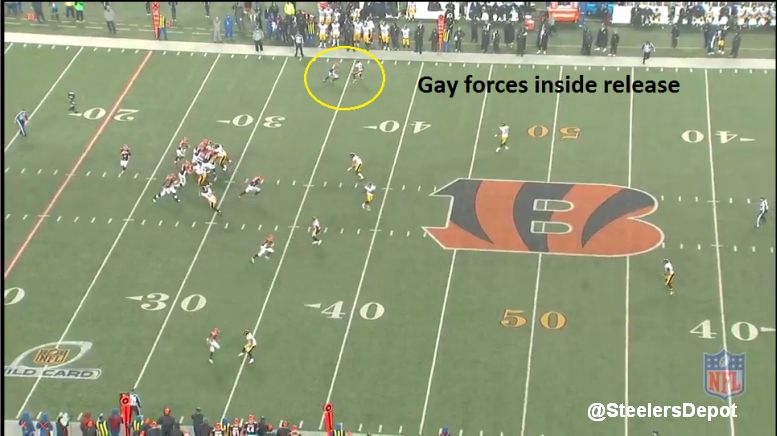 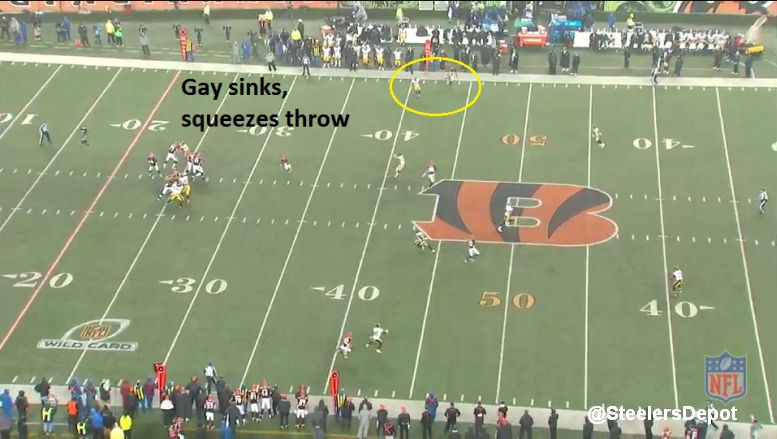 McCarron doesn’t make the throw, checking it down underneath, the ball clanging off the back’s hands and incomplete.

Forcing that receiver inside is all the more important when the defense is attempting to disguise the coverage, bailing Will Allen to his Cover 2 depth on the snap. Have to give him that time if you want to disguise it like that, making it a more difficult read, especially for a young quarterback.

Gay was called for holding on that second play though that was a questionable call, the contact occurring right at five yards. It’s beside the point. Good technique from him.

Brief look at the Green touchdown that temporarily gave the Bengals the lead. This isn’t Cover 2, it looks like the Steelers’ Cover 6 or some riff on it. But Gay is still squatting. He does force Green on an inside release but doesn’t do a terribly good job of slowing him up. I don’t think it’s an awful play by Gay but not a great one either. He’s in conflict, seeing the running back come out into the flat, and that holds him, basically functioning the way a smash concept does. But take away the deep ball and rally underneath.

McCarron does a great job of looking off Mike Mitchell, holding him, and letting Green get space on the corner. Green makes the catch uncontested and Mitchell rolls over him as the receiver finds the end zone.

Talking about cornerbacks needing to get a better jam and reroute is sort of low-hanging fruit, talked about way more than it should be, or at least, spoken at incorrect times. But when we’re talking about true Cover 2, that jam and reroute is an important part of the play. When it’s done poorly, you can see the negative results.