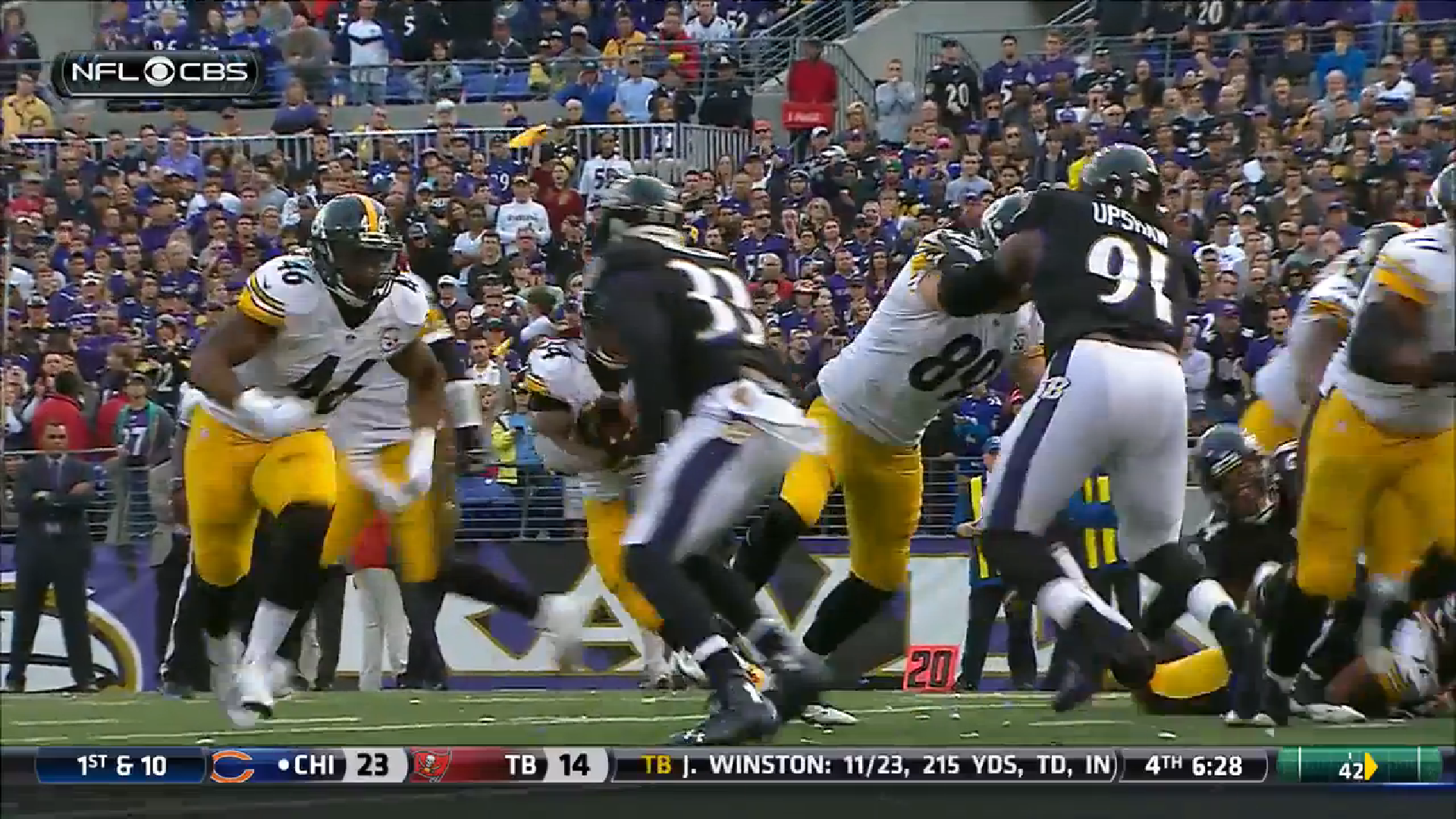 Veteran tight end Matt Spaeth often tends to be overlooked. Then again, he doesn’t exactly serve a very prominent role as the second tight end who primary duties come as an unheralded run blocker, rather than a pass catcher. But prominent does not equal important, and Spaeth has been a key cog in the Pittsburgh Steelers’ offensive engine since returning to the team in 2013.

The fact is that the Steelers frequently run the ball better when he is on the field, and it is not simply a matter of having two tight ends on the field. More often than not, the team has struggled when another player has had to serve in the role of the second tight end, with one notable exception coming this season in a game in which Jesse James filled that role, though he subsequently struggled.

Though he did not get many snaps against the Ravens, he continued to prove his worth when he did get on the field. His blocking often doesn’t look very pretty, but it serves a utilitarian function, as on the second play of the game, on a seven-yard gain on which he set up the outside linebacker to be picked up by Heath Miller before moving up to pick up the safety drifting over the designed hole.

Later in the first quarter, Spaeth did a good job of getting out in front of a screen pass, working the safety down the field, only to turn around and realize, to his disappointment, that the play had never gotten that far behind him.

There was not much of a role for him during the second quarter and the early portions of the third, during which he saw little playing time. But when the Steelers were granted a first and goal because of a pass interference penalty drawn in the end zone, he was called upon.

From the one-yard line, aligned as the left outside tight end next to the tackle-eligible, Spaeth was able to wall off the on-rushing defensive back long enough to give DeAngelo Williams the running start required to force his way into the end zone. Admittedly, this was not one of his prettiest blocks.

The Steelers were back at the goal line midway through the fourth quarter after another pass interference penalty, and Spaeth was lined up in the same formation. This time, the Ravens tried to blitz an extra defensive back around the C gap, but the tight end took him down and out of the play, though the defense stopped Williams for a loss.

Of course, the Steelers had second and goal, on which they scored, with Spaeth helping to lead Williams around the right side to the edge and into the end zone for his 11th touchdown of the season.

The 32-year old tight end will never be a fan favorite, let alone a household name, but he has been a valued part of this excellent season running the ball for the Steelers. They are simply a better team on the ground when he is on the field. He may be limited, but what he does, he does very effectively.