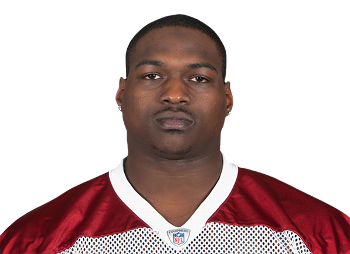 2015 Season Breakdown: Over the course of the past couple of offseasons, the Steelers have tried their luck at acquiring talent (namely, depth) along the offensive line, largely off the scrap heap, signing a slew of rookie undrafted free agents following each of the past couple of drafts and signing several others to reserve contracts in January.

Such was the case with Mitchell Van Dyk, who served as the team’s third-team left tackle for most of the offseason, but first-year player Kelvin Palmer took a bit more of a circuitous route to get to Pittsburgh last season.

But the Cardinals let him go in May, where he was picked up by the Chiefs, who subsequently let him go in June. Then in late July, just as the Steelers were about to break camp, they signed Palmer. As we would later soon find out, it was likely a move necessitated by the back surgery that Mike Adams underwent.

The surgery was initially expected to sideline him for a couple of months, or a bit less than that, but as we now know, it cost Adams the entirety of his fourth season, ending the year on the Physically Unable to Perform list instead.

Adams’ injury opened the door for Palmer, who actually did manage to open some eyes according to a variety of beat writers in his competition to land on, presumably, the practice squad as the fourth tackle behind the starters and whoever ended up as the swing tackle.

Van Dyk and Palmer largely worked in tandem as the third-team tackles, at one point alternating sides, but Palmer had a harder time manning the left side of the offensive line. Both, in fact, struggled a bit when they were asked to flip sides.

As with Van Dyk, however, Palmer suffered an injury in the final preseason game, his a knee injury that also kept him on injured reserve for the entire season. the Steelers were, thus, unable to sign either of their training camp tackles to the practice squad.

Instead, the team has already given deals to Matt Feiler, who was their eventual practice squad tackle, as well as another young prospect who has intriguing height at 6’9” named Brian Mihalik, who played along the defensive line in college and was drafted in the seventh round as an end last year. At the moment, it seems as though neither Van Dyk nor Palmer will be back.