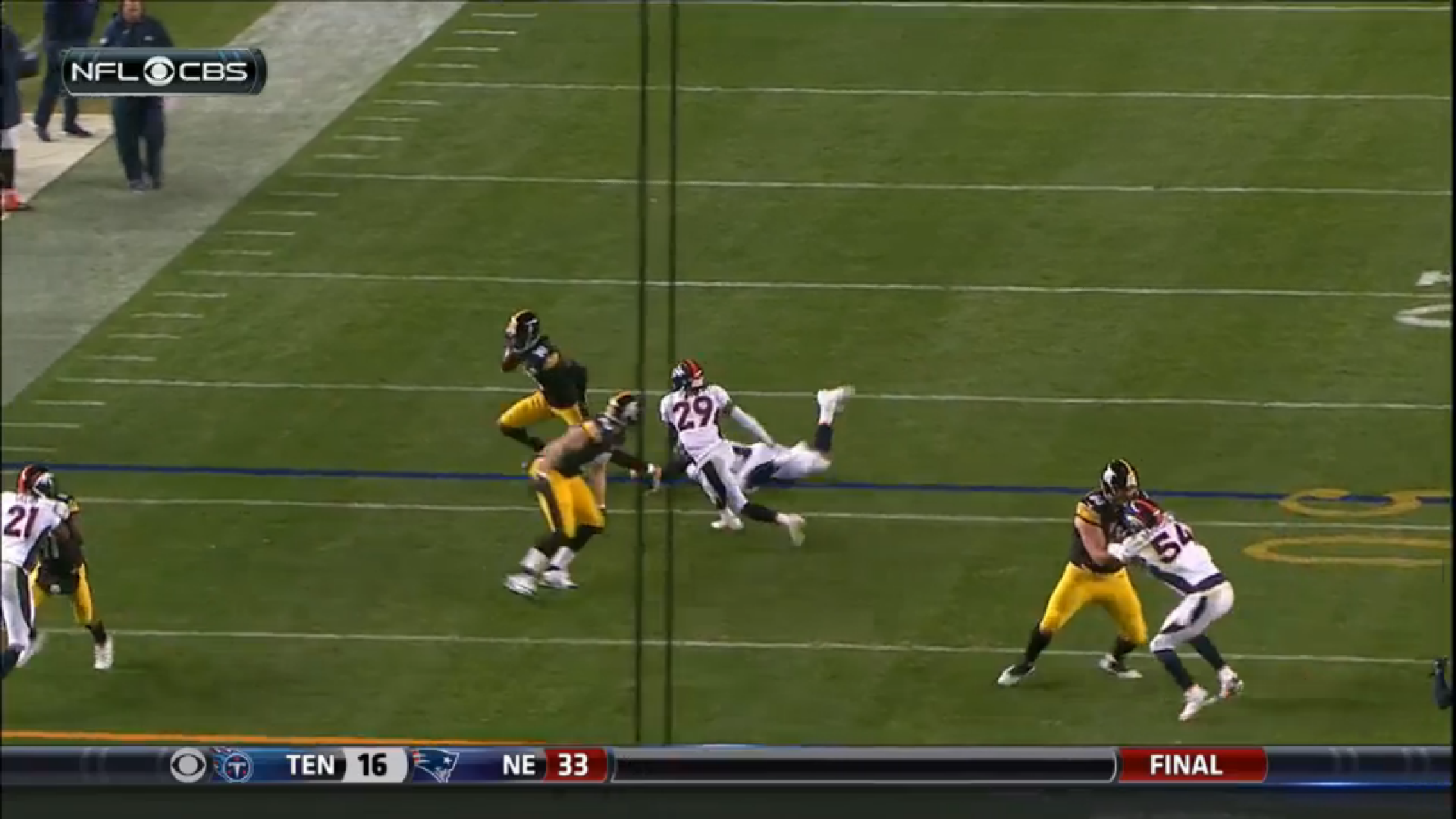 Pittsburgh Steelers wide receiver Martavis Bryant has certainly had an interesting first two seasons in the league since being drafted in the fourth round of the 2014 NFL Draft. While regarded as physically gifted and possessing rare talents, there was a reason that he lasted all the way to the fourth round—beyond the deep wide receiver class.

We’ve seen many of those issues, particularly this year in part due to his increased playing time, which results in more opportunities to struggle. It started with his suspension, naturally, which cost him the first four games of the season and put himself at risk for a season-long suspension if he fails another drug test.

We’ve also seen the poor routes, the wrong routes, the dropped passes—he had a dropped pass on second and nine that would have gone for a first down in the Divisional round game—and the struggles making ‘combat’ catches, contested catches by defenders.

But we’ve also obviously seen a great deal of immense talent. In 21 games, he has 76 receptions for 1314 yards and 14 touchdowns as a pass catcher, with much of that coming in a limited role. These have come from a variety of areas, though his vertical game has been the most highlighted.

Certainly not unknown but definitely less talked about, is his ability to make defenders miss with the ball in his hands, which would not seem to be an immediately obvious skill in his repertoire. His height gives him a larger target area to hit, and he doesn’t really get past defenders with his strength.

Speed obviously plays a role, but we know that doesn’t tell the full story. Those who follow Pittsburgh should remember a certain wide receiver in recent years known for his speed who was not overly skilled in making people miss.

Part of it is instinct, part of it vision, but by and large, the bottom line is that Bryant has excelled, both as a receiver and as a runner, in getting by the defense and picking up yards that are not necessarily blocked, or would be taken as a given.

This is why we have seen the Steelers using him more and more as a runner, incorporating him on a variety of end around plays. He ran the ball five times during the regular season, gaining 37 total yards, including an 11-yard touchdown run. Based on my quick research, the last Steelers wide receiver to record a rushing touchdown was Troy Edwards in 2001.

Of course, he had two highlight reel runs in the postseason, one in each game, first taking an end around 44 yards against the Bengals, then adding a 40-yard run against the Broncos, totaling 84 rushing yards on three carries during the playoffs.

I would suspect that this is something the Steelers and Todd Haley will want to continue to do with Bryant going forward, and to a greater extent—not a significant increase, course, but perhaps 10 to 15 end around by the end of a full season, give or take. It’s just another opportunity to take advantage of one of his greatest attributes.