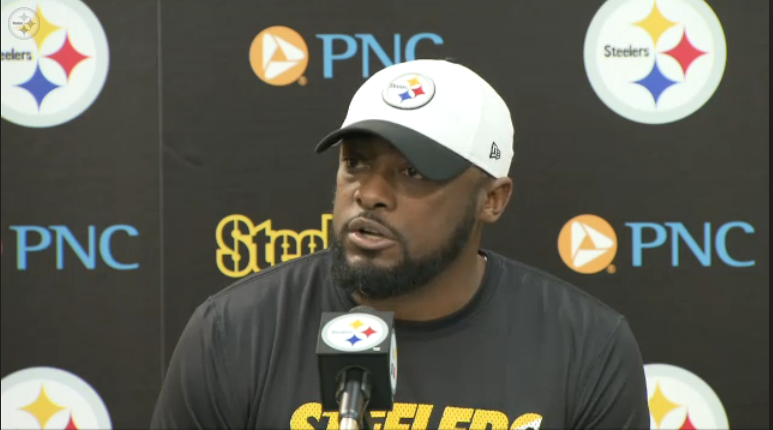 It might be the most talked-about topic over the course of a week in Pittsburgh Steelers’ history. Who will play at cornerback?

Talking to Bob Labriola of Steelers.com, Tomlin said he won’t make any major changes at cornerback.

“What I was saying was that I wasn’t going to make wholesale changes based on what happened in Seattle. Yes, I was going to give additional opportunities to Brandon Boykin because I think the inconsistencies in play warrant that. But I also am committed to giving those guys – Cockrell and Blake – an opportunity to redeem themselves in the stadium today.”

It’s unclear exactly what the rotation will be, only that all three will play. Whenever Boykin does see action, it figures to come in the nickel with Boykin playing in the slot. It’s anyone’s guess but not impossible to think Antwon Blake will play in base defense only with Ross Cockrell and Boykin coming in on nickel packages.

“And inconsistent fundamentals show up for really a small number of reasons. There’s fatigue: somebody’s playing too many snaps…so when I see inconsistent tackling, that’s a significant component of the discussions that then follow.”

Blake has been acting as a gunner and jammer while starting games as R3 on kickoffs, though usually taken out later in the game by Jordan Todman. I’d expect Blake to be taken off of gunner and kickoff duties in an attempt to rest him.

Tomlin noted Blake’s tackling was poor last week against the Seattle Seahawks, but as we’ve written, Blake’s misses have been a common theme throughout the season. Our Jon Ledyard has charged Blake for a team-leading 28 missed tackles on the season.