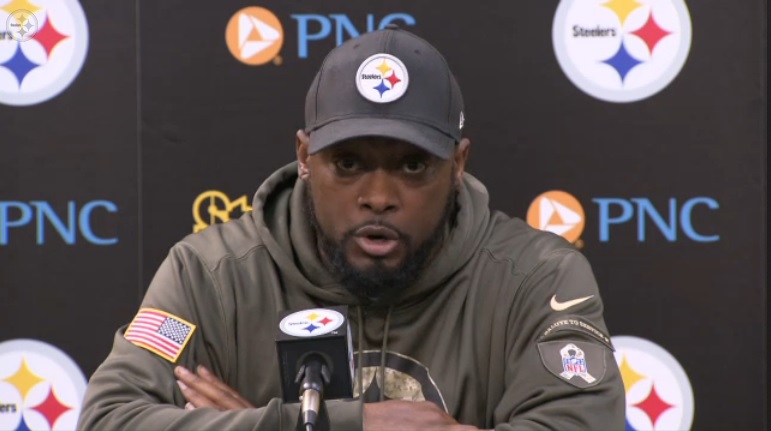 You know it. We know it.

Mike Tomlin sure knows it.

The Pittsburgh Steelers’ pass rush is light years away from where it needs to be. Unable to even come close to Ryan Mallett, he and the Baltimore Ravens controlled the game. Mallett threw for a career high 274 yards and a touchdown while not turning the ball over. This all despite being on the roster for a then total of 12 days.

“It wasn’t good enough. and it needs to be good enough,” Tomlin said bluntly about his defense’s pass rush.

While Tomlin noted that blitzing more in that game sounds good in hindsight, being able to rush four and drop seven is the bread and butter of the Steelers’ makeup.

The Steelers rushed five on 7 of 43 attempts Sunday, rushing four on 32 of them. Keith Butler did get creative with his four man pressure, bringing a defensive back four times.  Coming into Sunday, it’s something he’s done just 17 times all year and just once since Week 10. One of those blitzes produced the Steelers’ lone sack of the day, Brandon Boykin taking Mallett down in the third quarter.

If you’ve been following the site, you probably read the article I wrote yesterday morning outlining the pass rushing problem the Steelers have. Their outside linebackers haven’t recorded a sack in three weeks, their sack-leader has just five, and the Steelers are experiencing the longest 10+ season sack drought since 1986-1992. Basically, bad marks all around.

The Steelers finish out the year against a Cleveland Browns team that has been sacked 46 times. Expected starter Johnny Manziel has been brought down 19 times in only 223 attempts this season. The Steelers were responsible for five of those in their first matchup.