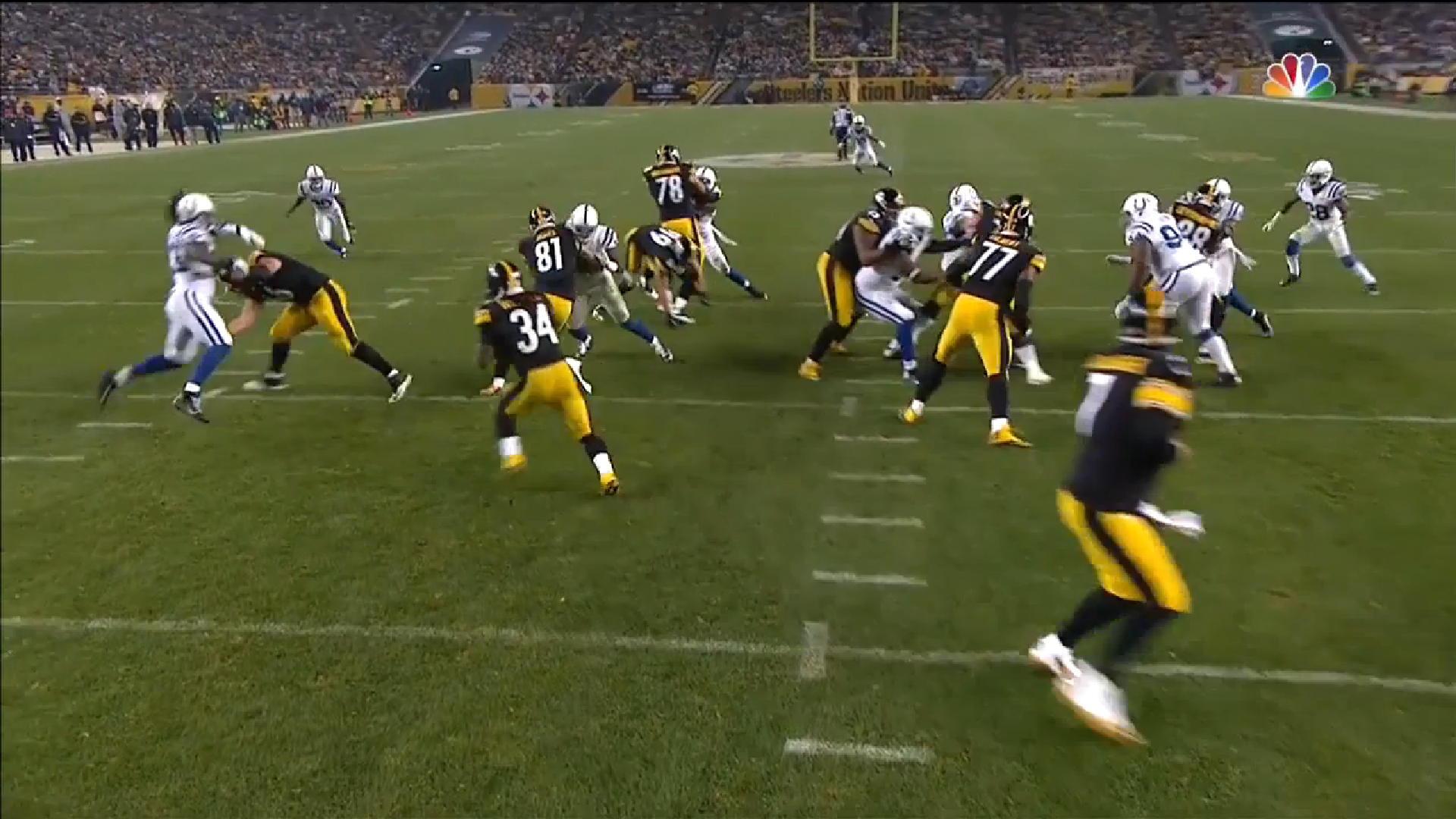 Even though the Pittsburgh Steelers have had to make do for half of the season—and for whatever remains of their 2015 season, playoffs included—without the services their All-Pro running back, Le’Veon Bell, for a casual observer, it may be hard to notice.

After all, statistically, the Steelers are an even more high-performing ground unit in 2015 than they were last year when Bell rushed for 1361 yards on 290 carries, averaging 4.7 yards per carry, with eight of them ending up in the end zone.

The numbers have only improved this year, with Bell starting half of those games and DeAngelo Williams the others. The Steelers this year are averaging 123.1 yards on the ground per game, sixth in the league, while their 4.9 yards per carry is the best in the NFL, and their 11 rushing touchdowns not only ranks tied for ninth, but surpasses their total from last year.

So you may have to forgive the casual viewer for not noticing much of a change in terms of the ground game for the Steelers. It even seems that Williams and Bell have found a similar running style that complements each other, as well as the offensive line’s blocking.

But that is not the case according to the linemen themselves, who argue that Williams has a running style of his own, and that when he is in the game—and it is of course his job now with Bell out for the year—they approach the play differently.

Said center Cody Wallace, “DeAngelo is more of a guy who’s going to hit a gap and go. Knowing DeAngelo’s in, it’s about moving your feet and driving your guy and get 4-5 yards“.

Despite having only been in the league for three seasons, during which he has only played in 35 games, Bell has built an admittedly deserved reputation of being a highly patient runner, for which there is really no contemporary comparison.

I have said before that I’ve found Williams to run in a similar, patient way, and he does show some patience, but you do have to defer to the authority of the men blocking up front when they say that they approach their blocks in a different manner for him than they have done for Bell, which I do find interesting.

Williams does exhibit an explosiveness in the hole once it presents itself, similar to Bell, but nothing typifies the young back’s patient way of going about his craft than the game-winning touchdown against the Chargers.

Either way, the line has had little issue adjusting to the blocking preferences of either back, as both of them have averaged nearly five yards a carry this season. Let’s just hope they won’t have to learn how to block for another back again this year.