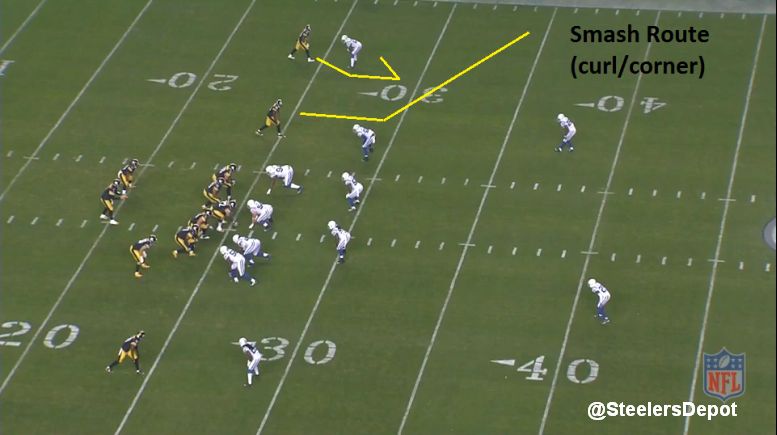 Revisiting a concept we’ve talked about in the past. A core one we see in practically every team’s playbook and is the quintessential Cover 2 beater in the NFL. It’s the smash concept, and the Pittsburgh Steelers ran it early in Sunday’s win over the Indianapolis Colts.

For a refresher, the smash route is a two route combination containing:

Let’s take a quick look at it from Todd Haley’s 2006 Dallas Cowboys playbook. This isn’t the exact design we get Sunday but it’s just to help frame the concept from an NFL source. 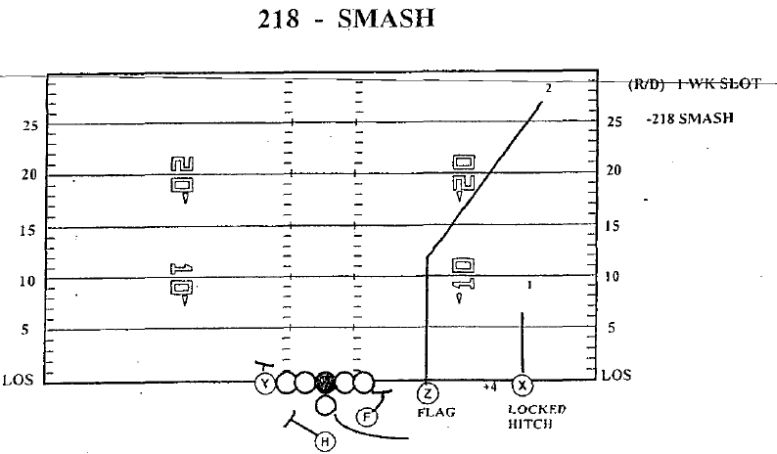 And here it is Sunday.

Antonio Brown gets motioned from out of the backfield to outside the numbers. He’ll run the curl with Darrius Heyward-Bey, in the slot, running the corner. 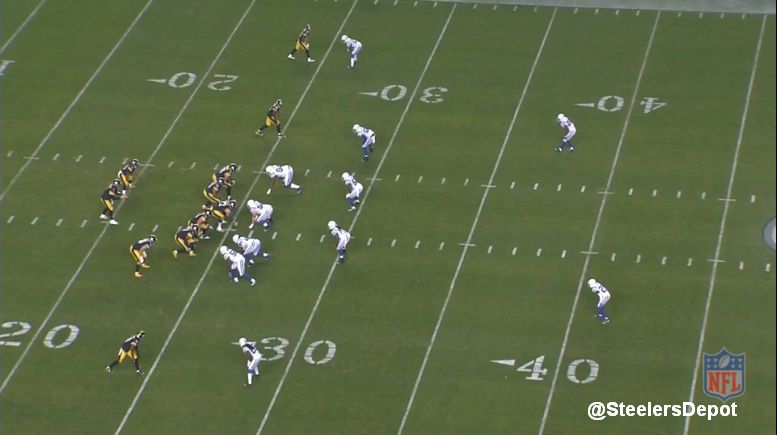 The Colts are in a Cover 2, the cornerbacks rolled up and playing the flats with the safeties responsible for anything vertical. 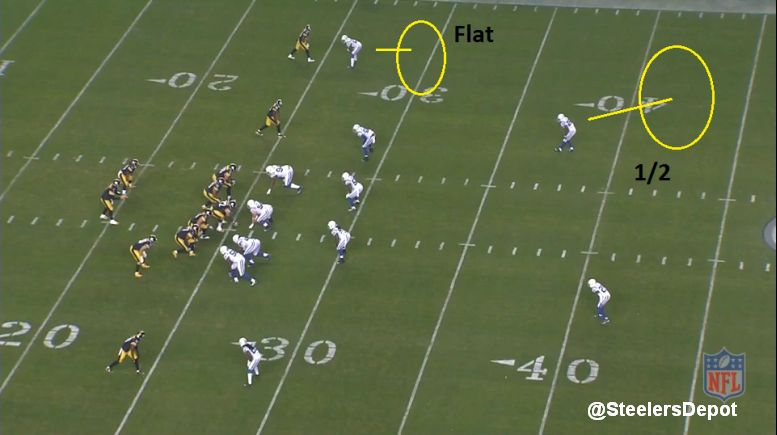 Brown’s curl route holds the corner, leaving Heyward-Bey open on the corner. It stresses the safety, forcing him to get off the numbers and drive on the route. Most safeties can’t make the play, especially when the ball comes out on time. It’s a common way to beat Cover 2. Hold the corner, stress the safety. 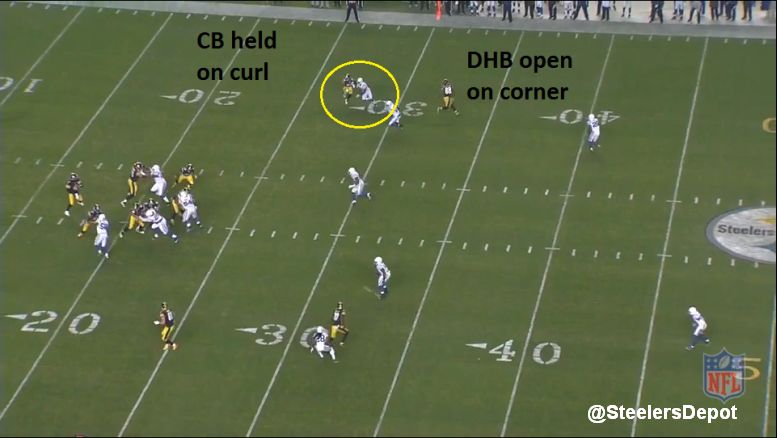 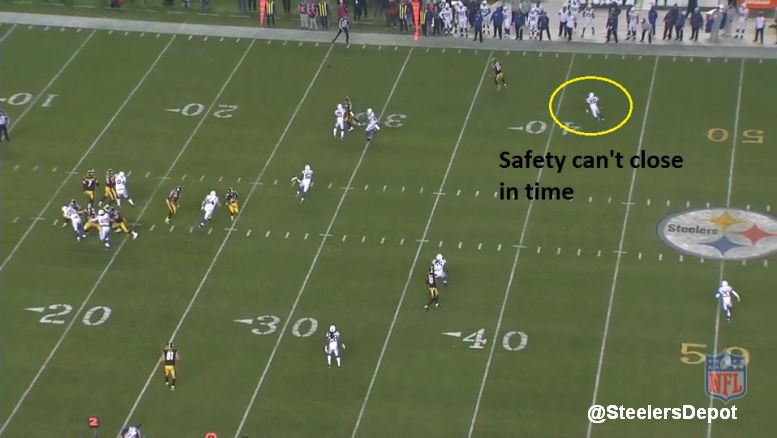 The pass is complete and Heyward-Bey gets a little bit of YAC, totaling 21 yards in all.

While people might remember this game as Haley taking a lot of vertical shots, which of course are mostly dictated by coverage and not a direct call from Haley, I thought there was also a lot of efficiency in the playcalls and the execution. Early on, the Steelers picked apart the Colts’ zone coverage with the smash shown above and several snag routes, similar to what we detailed last week.

If you want to see the snag routes from this game, let me know in the comments. Didn’t want to write about it two weeks in a row but I’ll draw it up again, and show how they ran it out of different personnel groupings, to success.

Anyway, here is a final look at Haley’s smash.