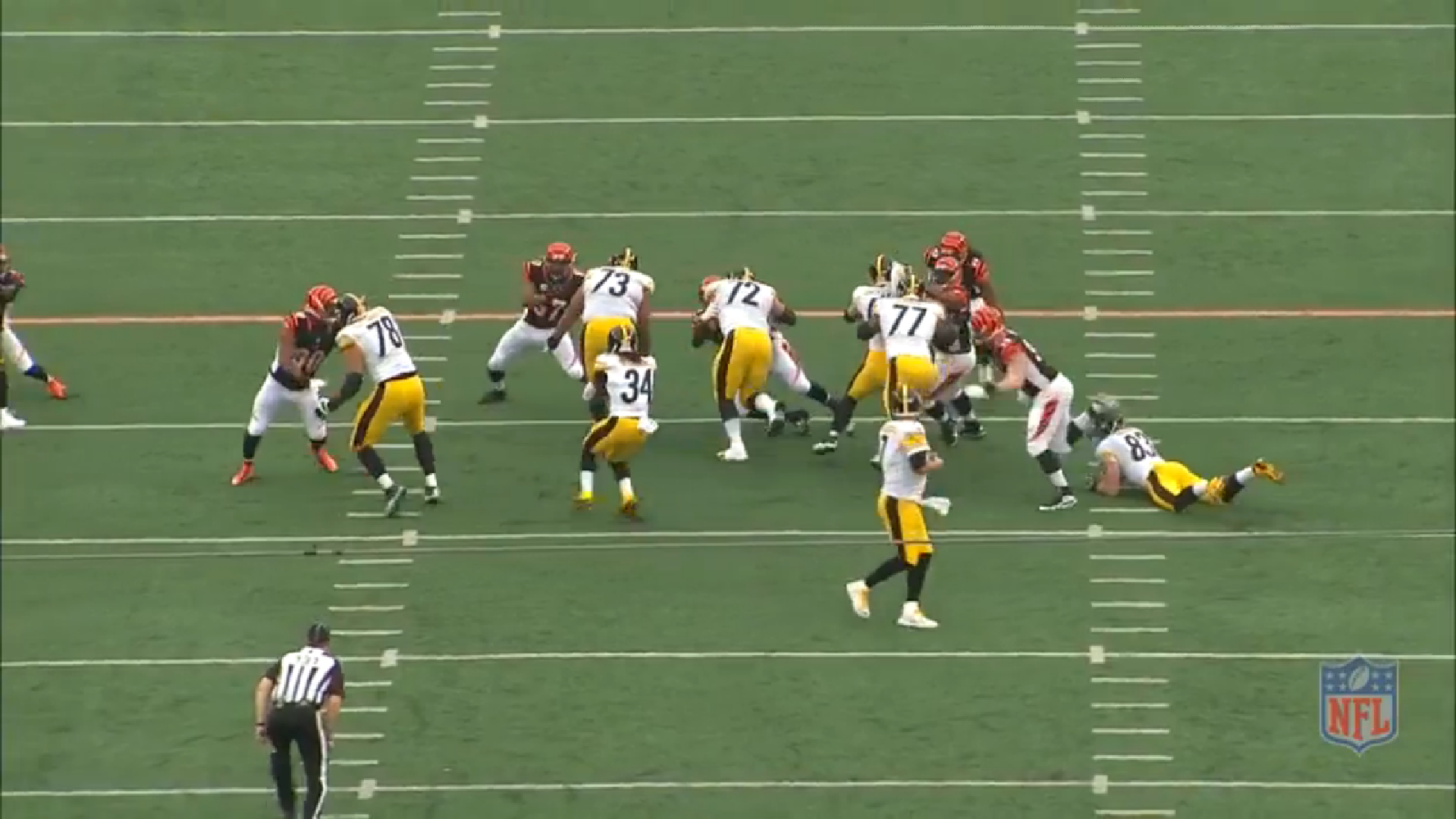 Everybody knows the score by know when it comes to Pittsburgh Steelers center Cody Wallace. We know why he’s playing in the first place, and we know what type of player he is when he is on the field, so there’s no sense in belaboring the backstory.

In light of the full arc of his first full season of playing time, Wallace’s showing against the Bengals would certainly be fairly construed as a positive development, and he has generally been on an upward trajectory since the Steelers came off their bye week.

Late on the offense’s opening drive, for instance, he pancaked Bengals defensive lineman Wallace Gilberry, typically an end who was playing inside. With Ramon Foster leading the play on a combination block before peeling off, the center completed the block with authority, driving with all his might once he sensed Gilberry’s feet coming out from under him, putting him on his back.

Three plays later, from the one-yard line, Wallace did a nice job of rooting Domata Peko out of the hole at the goal line, helping to open up the middle rushing lane for DeAngelo Williams to score with relative ease. The fact that Peko shifted over from a play side one-technique to head over just before the snap did help as well.

Later in the first quarter, on Pittsburgh’s second offensive possession, however, the journeyman backup looked every bit the part as he was bowled over on a linebacker blitz through the A gap by Vontaze Burfict, putting the center on his stomach on a play that he would eventually be fined for. In fairness, Burfict got an excellent jump on the ball and was into Wallace’s frame before he had a chance to clear his stance.

With a backup, of course, you are always going to have that small handful of plays in which he straight up loses a one-on-one battle, and one of those plays came late in the first half as Peko controlled the point of attack against him in the run game, shedding the block to make the tackle on Williams for no gain.

Later in the game, toward the end of the third quarter, Wallace struggled to hold his ground in pass protection isolated on Geno Atkins, which is admittedly no small task. It took about four seconds or so, however, to drive back into the pocket, where Roethlisberger was able to flip the ball out for a positive play.

A few plays after that, the center got out in front of a screen pass for Heath Miller after throwing a chip block inside, racing out to get a block on the linebacker on what was ultimately a nine-yard catch and run. The Steelers have not been shy about getting him out on the move, though it has come with mixed results.

With all things considered, I would have to imagine that Wallace is playing about the game that the Steelers were hoping that he would be able to be. He has his moments where he loses his battles, but he has improved over the course of the season, and he brings a tenacity to the game that is welcomed from the reserve ranks.