The mantra for the Pittsburgh Steelers’ defense has been pretty simple: average from a talent/personnel standpoint but they work hard and are generally opportunistic. We saw that again early on Sunday night on Brandon Boykin’s first quarter interception. It was scheme and talent being married together to create a splash play.

The coverage was similar to one we covered earlier this season on Ross Cockrell’s INT, dressed up slightly in the Steelers’ subpackage formation. It was Keith Butler’s Storm Fire Zone, a five man safety pressure with the twins side cornerback “trapping,” reading #2 to #1.

Here is the Storm Fire Zone from Dick LeBeau’s 2002 playbook.

Sunday, on 3rd and 15, we get a slightly different look. As the Steelers often do on obvious passing situations, they stack their outside linebackers to each side, put Cam Heyward over center, and Stephon Tuitt as the right end. Safety blitz with Mike Mitchell and a five man pressure with Lawrence Timmons acting as the outside linebacker away from the blitz, dropping into the seam. Man coverage up top with Antwon Blake.

Little harder to see without any Coaches Tape angle but you should get the idea. 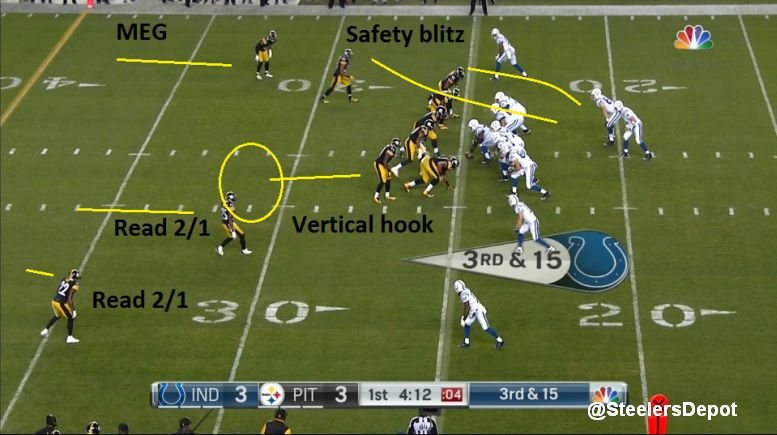 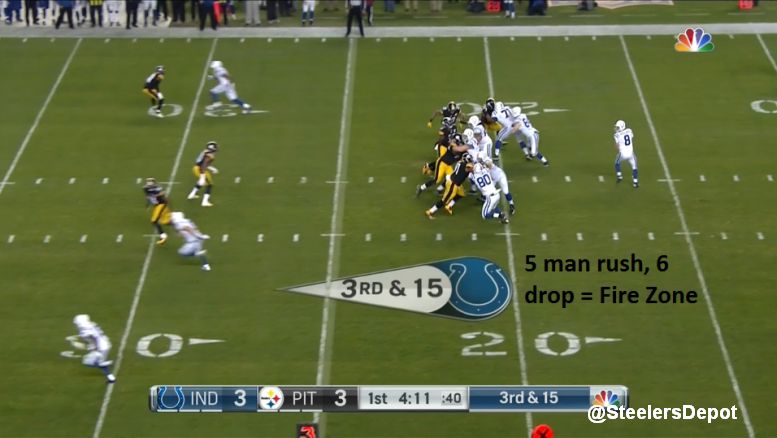 What is more important to note is the coverage. They’re running 2 Trap, which tells the outside cornerback to read 2 to 1 and drive on any out cut by #2. The slot corner will carry #1 vertical with the linebacker helping to undercut any in-breaking route from #1, too. 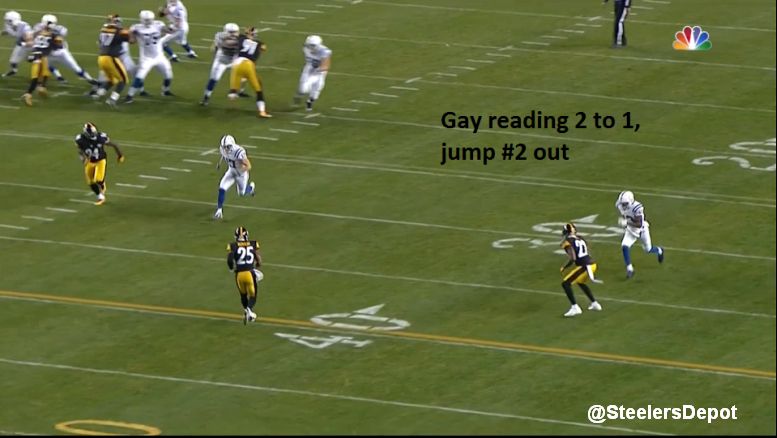 William Gay, the veteran he is, opens up his hips and gets his eyes on the quarterback and #2. As soon as Griff Whalen, the #2 receiver, begins to chop his feet on the out route, and Matt Hasselbeck begins to begin his throwing motion (cornerback will read QBs shoulders, they take him to the ball), Gay squats and jumps the route. 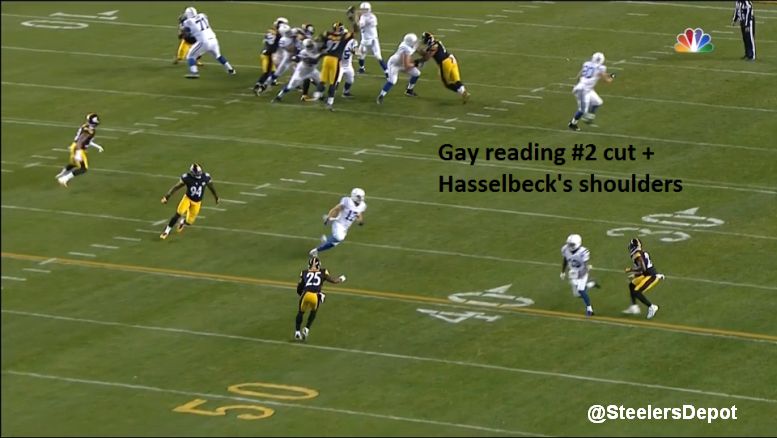 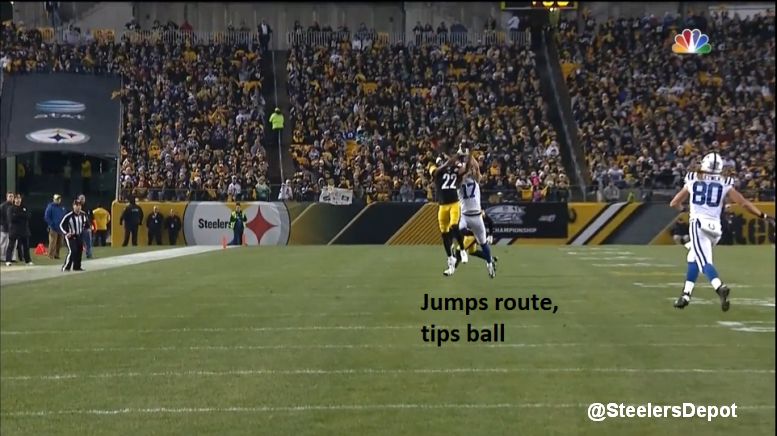 Gay does a great job of high-pointing the football and even though he doesn’t come down with the pick, tipping it up. Boykin does the rest, getting under the football and making the interception.

Like I wrote in my winners and losers article, I thought Keith Butler called a really nice game. Of anyone inside Heinz Field Sunday, he may have had the biggest rebound. And calls like that showed it.