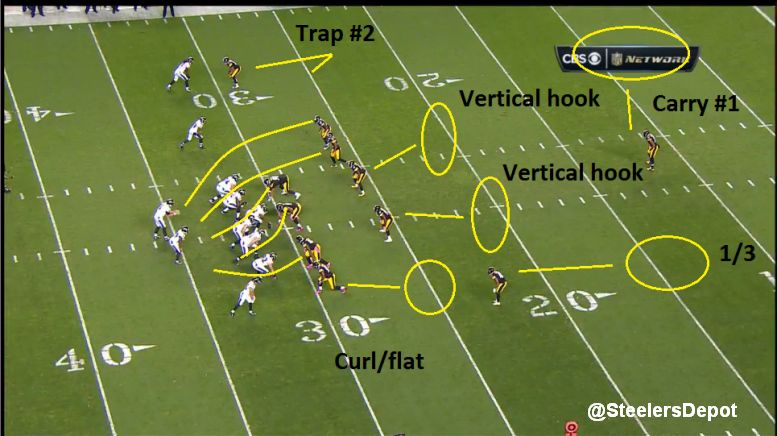 There’s no question the negative plays in the Pittsburgh Steelers heart-breaking 23-20 loss to the Baltimore Ravens last night will stick out. They’ll dominate the articles on this site, on the radio, and around your local watercooler.

Beyond that, there were several positive plays that would be getting the attention had the Steelers held onto the lead that felt so certain. One of the most notable was Ross Cockrell’s 37 yard interception return in the second quarter.

It was a brilliant playcall by defensive coordinator Keith Butler, fooling Joe Flacco to never even see the corner. It’s a play worth breaking down. And to do so, we’ll travel back to Dick LeBeau’s 2002 Cincinnati Bengals playbook.

LeBeau’s playbook from that year is the only one available under his name. One from more than a decade ago, sure, but his concepts have stood the test of time. And though Keith Butler has put his own spin on it, there are plenty of holdovers from the LeBeau era. During the preseason, a couple closeups on Butler’s call sheet showed several fire zones LeBeau made famous. In other words, a lot still kept.

The play the Steelers utilized Sunday? You can call it Strong 2 Storm Z.

Before we get into the details of the play, let’s talk about a slightly more general concept. It’s called “trap coverage” with other specific names like 2 Read or Palms. James Light, one of the smartest football minds I know, has written about it extensively and frankly, it’s where I learned and understood the concept from. Trap coverage crossed my mind as soon as I saw the play and Light confirmed it on Twitter a few minutes later.

To the trap side in that type of coverage, the cornerback is pattern reading the receivers 2 to 1. Pattern reading is when the defenders coverage is determined based on the route combination. If #2, the slot receiver, is running an out-breaking route into the flat, the CB will pass off number one to the safety and jump the flat, “trapping” the quarterback/wide receiver.

Looking at the concept as a whole, here is a diagram of 2 Read I posted on the site several weeks ago. 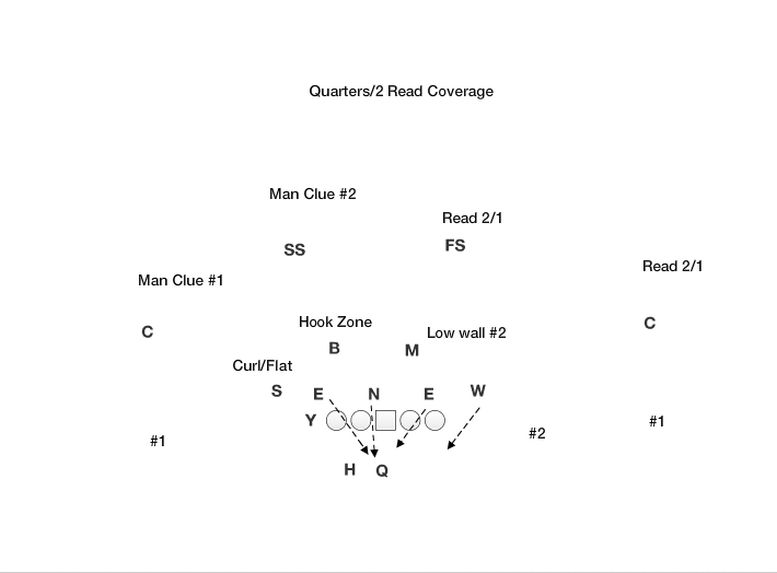 However, as you can tell, that’s only a four to five man pressure. Not the exotic corner and safety blitz we saw on Cockrell’s interception.

That’s where we turn to LeBeau’s playbook to get the exact scheme. Strong 2 Storm Z.

According to his playbook, this is a blitz check (as a lot of blitz concepts are) for any slot set. As the example shows, and as I’ll post below, the Ravens are in a twin receiver set to the left, alerting to the check. Pay attention to the first line of LeBeau describing the play, indicating this is the formation the blitz should be run against. 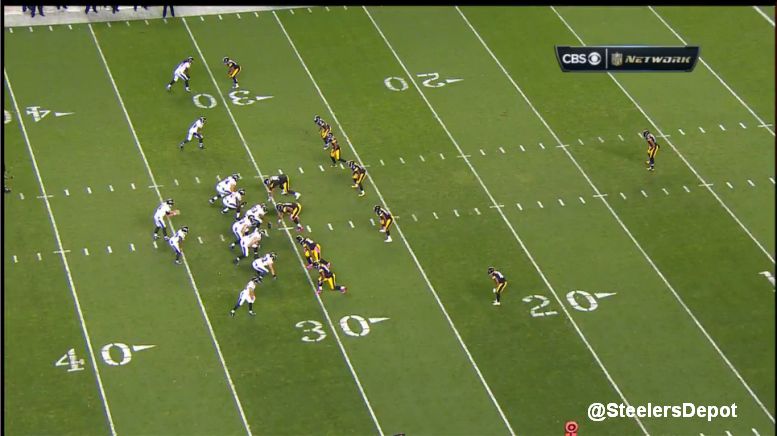 It’s a five man pressure with six in coverage. Safety Mike Mitchell and cornerback William Gay (the “S” in the diagram since its shown in a base package, not nickel) blitzing. To the blitz side, the cornerback is going to read 2 to 1 and squat on any out-breaking route from #2. The free safety will cover the deep half to the blitz side, and based on the specific routes, carry #1 vertical with Cockrell squatting on #2.

The inside linebackers vertical hook. The away side linebacker, the elephant in the diagram, is going to drop curl/flat. The away side cornerback usually plays #1 to his side in man coverage, but with the #1 here running a shallow crosser, there usually is an “under call,” LeBeau’s playbook refers to it as a “Z call,” to pass the route off and play the deep third in the fire zone. That’s what Antwon Blake does at the bottom of the screen.

With the single high safety, Flacco assumes he’s getting either Cover 1 (man-free) or Cover 3, leaving #2 open in the flat. It leads him to throwing blind into the flat and straight into the arms of Cockrell. 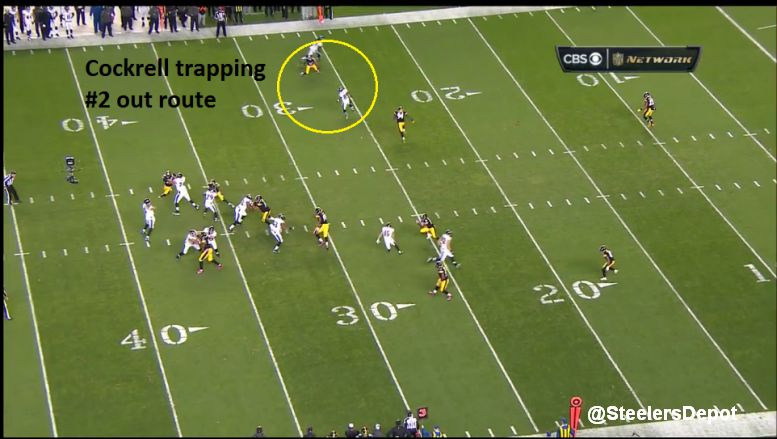 And a closer look at Cockrell breaking on the out route. 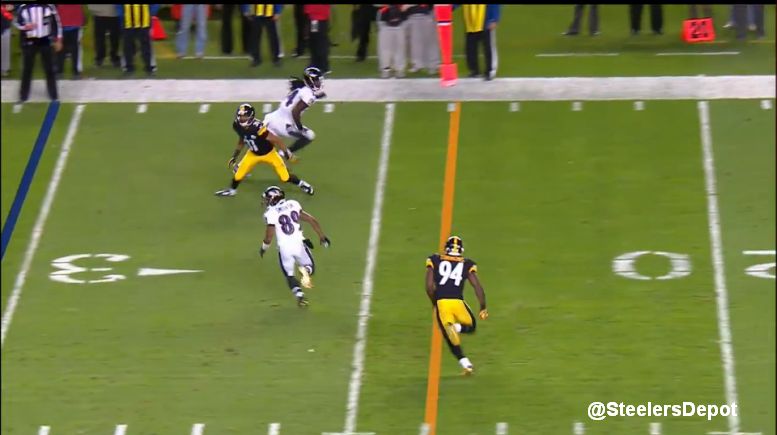 A brilliant playcall by Butler. With a little influence from LeBeau.