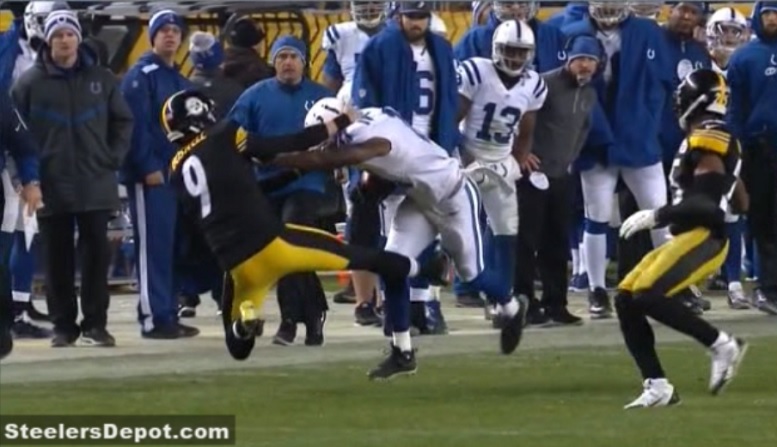 Wide receiver Antonio Brown wasn’t the only Pittsburgh Steelers player fined this past week as it’s being reported kicker Chris Boswell had his weekly check docked by the league as well.

Boswell, who signed with the team prior to Week 5 of the season, was fined for his for his helmet-tackle Sunday night on Indianapolis Colts return man Quan Bray early in the fourth quarter, according to Chris Adamski of the Pittsburgh Tribune-Review.

On the play in question, Boswell was penalized 15-yards for grasping the back of Bray’s helmet opening as he attempted to tackle him at the end of a long kickoff return.

According to the NFL fine schedule, that penalty comes with a $8,681 price tag, assuming the league doesn’t consider it a horse-collar tackle, which in that case it would be $17,363. However, being as that amount is more than 25% of Boswell’s weekly salary of $25,588, he might only wind up being charged $6,397 for his indiscretion.