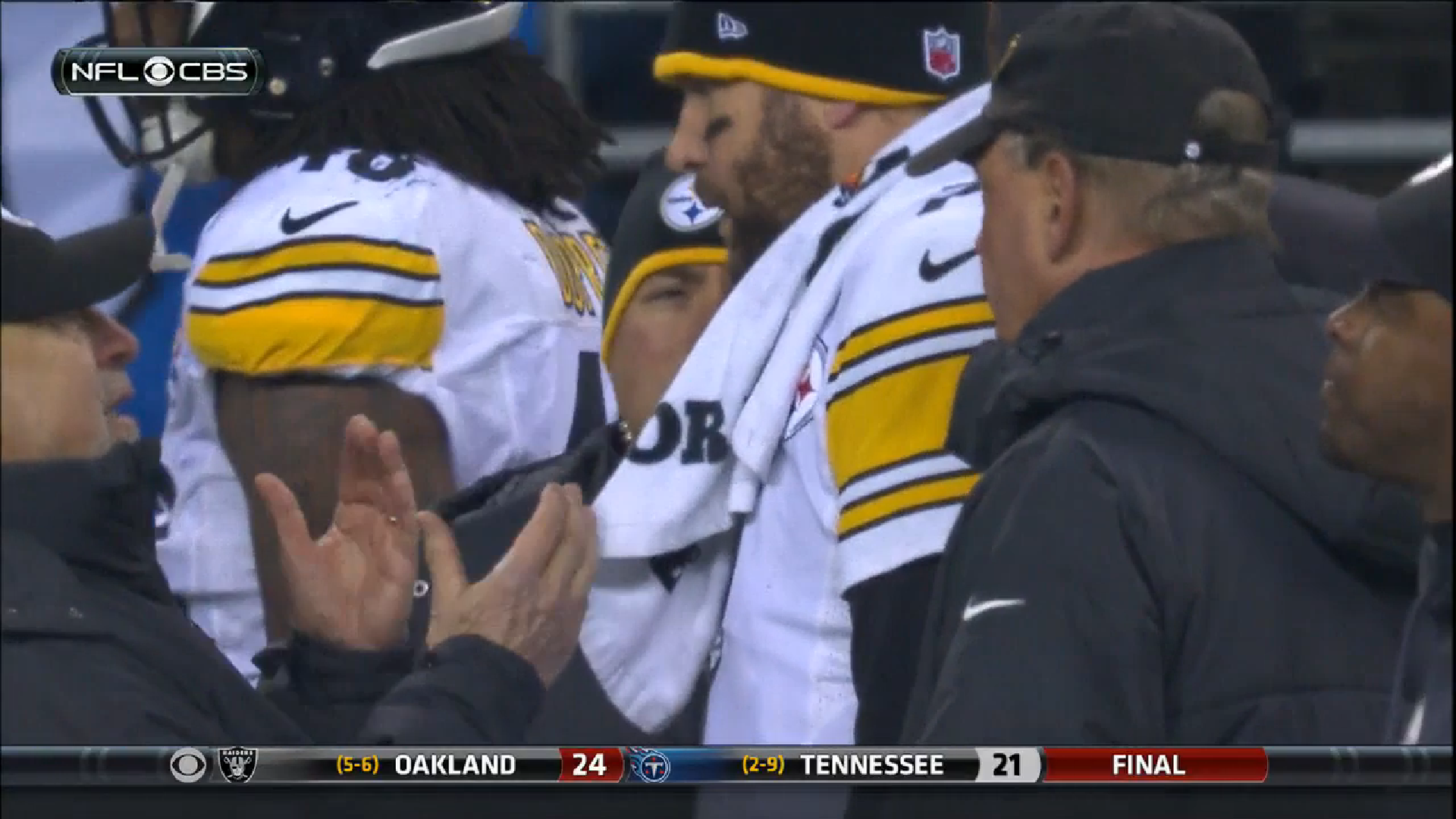 Ben Roethlisberger did the smart thing, self-reporting his concussion symptoms late in Sunday’s loss to the Seattle Seahawks. But since then, the news has been all positive and according to Ben today, he was never diagnosed with a concussion.

He made his weekly appearance on The Cook and Poni Show on 93.7, explaining everything that happened.

Roethlisberger reported to doctors an issue with his vision suffered after taking a nasty helmet-to-helmet show by defensive tackle Michael Bennettt late in the 4th quarter.

Roethlisberger: Said he felt OK after the big hit, finished series but peripheral vision was "a little funny" toward end of it.

Team doctor Joseph Maroon refused to put Roethlisberger back in the game, shutting the quarterback down for the game. Landry Jones came in to relieve Ben for the final drive, one that ended in an interception.

“I have played through many injuries but the brain is not an injury you want to play with,”  Roethlisberger said during the interview.

The Steelers’ quarterback cited having a family, a wife and two kids, as the driving reason behind being upfront about how he was feeling..

He was officially diagnosed with a “traumatic ocular migraine,” not a concussion. Ben says the symptoms subsided within a half hour.

Ultimately, Roethliberger believes there is no reason to think he’ll miss practice time or Sunday’s night matchup against the Indianapolis Colts.

Ben Roethlisberger on his @937theFan show:
"I anticipate being fine and good to go for tomorrow's practice."

You have to give Ben a ton of credit for reporting his symptoms. Ideally, you’d like a hit like the one Ben took to be caught by the designated spotter but Roethlisberger is the rare player who will be honest about what he’s experiencing. In a sport where players do everything possible to fool the doctors, including even purposely failing baseline tests to avoid concussion detection later, Ben’s actions are awfully refreshing.

The Steelers and the Colts square off Sunday night at 8:25. It’s a must-win game for Pittsburgh in order to keep their playoff hopes alive.