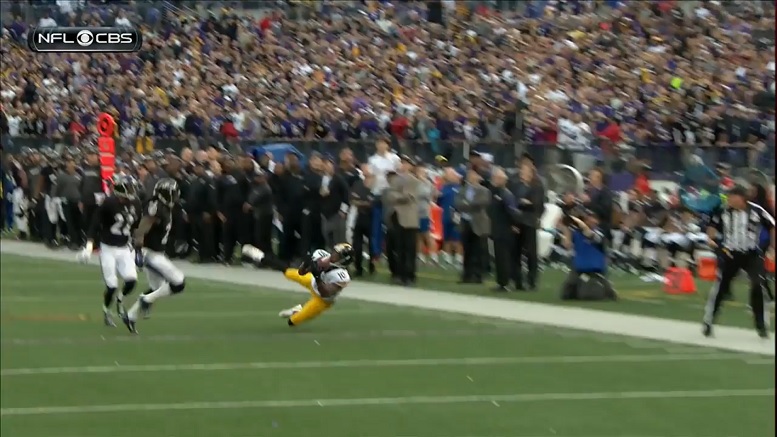 Pittsburgh Steelers quarterback Ben Roethlisberger joined 93.7 The Fan Tuesday morning to discuss the disappointing loss on Sunday, linebacker James Harrison, and what to expect if the Steelers do make the playoffs.

Roethlisberger was asked about the difficulties the offense faced after putting up the lowest amount of points since Week 8, when Roethlisberger returned from injury against Cincinnati.

“They’re a good defense,” Roethlisberger said. “Playing at their place and you know, we just never got into a rhythm. You’re going to have those days where you have an off day or a bad day. It wasn’t my best day. It wasn’t the offense’s best day and those things are going to happen. It’s just unfortunate that we weren’t able to find a way to win the game. We just didn’t have the ball that much early and when we did have it, we didn’t take advantage.”

The Steelers biggest weapon on Sunday was running back DeAngelo Williams. Williams rushed for 80 yards in the first quarter alone, averaging 10 yards per carry. After an incredible first quarter on the ground, Williams only saw the ball again for nine more rushes ending the game with 100 yards on 17 carries. Roethlisberger went 24/34 for 215 yards and 2 interceptions, his lowest total yards since Week 3 against the St. Louis Rams when he passed for 192 yards before being injured in the 3rd Quarter.

Roethlisberger then addressed the play calling on 3rd and 15 with two minutes left in the game.

“The play call was really designed kind of for AB [Antonio Brown] to work the middle, Markus [Wheaton] on the right side to run like a 12 to 13-yard route and then we were going to send Martavis [Bryant] on a go route just in case they gave us the same look that they had given us earlier in the game. And so they gave us that look…the play wasn’t necessarily to try and get it all, but because of a look they gave us, it gave us an opportunity for it. We expect Martavis to make that play. I’m not telling you guys or the fans anything that we haven’t told him or that the coaches haven’t told him…if he wants to be great, he’s got to make that play. He knows that, he felt horrible about it because he knows he could’ve made the play.”

The biggest report flying around the Steelers facility this week is the Al Jazeera report about HGH use tying in James Harrison’s name.

“I didn’t know anything about any of it before the game,” Roethlisberger said. “I didn’t know James’ name got into it until Monday…I asked him, ‘Is your name in this or something?’ and he kind of told me some stuff like, yeah he doesn’t understand why or whatever, so I don’t know enough about it. All I can say is that I’ll back my guys, because that’s my brother.”

After the 20-17 loss on Sunday the Steelers find themselves hoping for the best. Needing a win against the Cleveland Browns, and the Buffalo Bills to beat the New York Jets to clinch a playoff spot.

Roethlisberger said, “It’s tough, you go from controlling your own destiny to not. It all starts this weekend with us having to beat Cleveland so that’s our number one focus and priority.”

Later in the interview Roethlisberger also said, “I believe that if we get in, we’re still a dangerous football team. And like I said if you get into the playoffs, anything can happen. Anybody can beat anybody anywhere, as we’ve done in years past. The goal is to just to get in and we can only control what we control. We’re going to have to go to Cleveland at their place, AFC North opponent, so once again records do not matter. We’re going to go give it everything we have. I don’t want to talk or speculate about if we don’t make the playoffs because that can’t be a thought in my mind.”