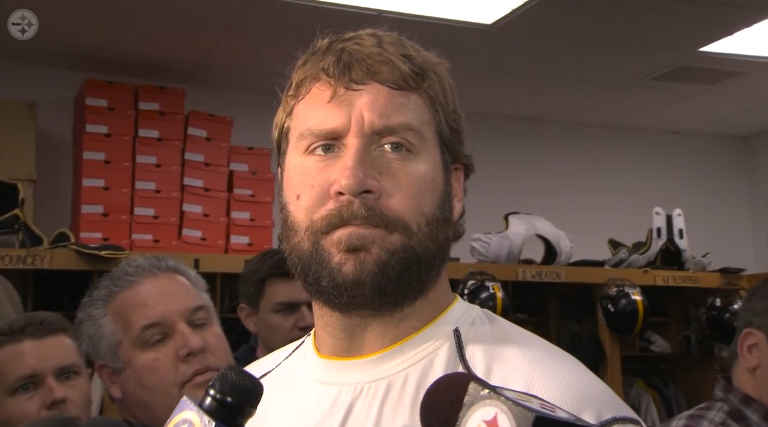 Although the actual playoffs are still on the horizon, with a full month separating the regular and post season, it’s basically playoff season already for the Pittsburgh Steelers.

According to Ben Roethlisberger, that mentality began following the team’s bye week.

“We kind of made that approach a couple weeks ago,” he told reporters today. “After the bye week, the bye week was so late, this is kind of the stetch now where we have to turn it on and play our best football.”

At worst, the Steelers can afford only one more loss in the regular season to have a worthwhile chance of making the playoffs. They are currently on the outside looking in, the 7th seed behind the Kansas City Chiefs and New York Jets.

What the Steelers do have going for them is the fact they haven’t lost a December game since December 8th, 2013, exactly two years and a day. Roethlisberger was prompted about what has made this such a good late-season team.

In that same vein, Roethlisberger may be playing his best football right now. He’s had several spectacular performances in 2015 but Sunday night over the Indianapolis Colts was arguably his best. It wasn’t just the boxscore though that was obviously impressive – 364 yards, four touchdowns, zero interceptions or sacks. It was the degree of difficulty of throws that was most striking.

He’ll need to carry that over into this week’s contest against the Cincinnati Bengals, who Ben himself admitted is one of the top defenses he’s faced. Though the fact it was his first game back from his knee injury qualifies the stat line, he threw three interceptions against them n a 16-10 loss earlier this year.