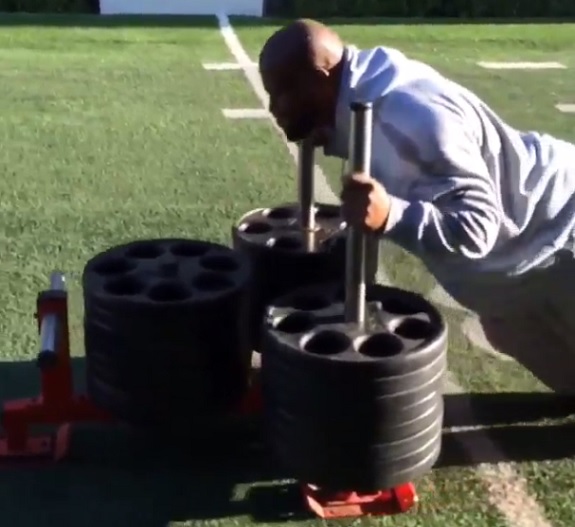 Even though Pittsburgh Steelers linebacker James Harrison is very upset and mad about a Saturday report by Al Jazeera that accused him of using HGH, he reportedly won’t be pursuing legal action against any of the parties involved.

According to Will Graves of the Associated Press, Harrison said Monday morning that while he considered taking legal action, he was advised it wasn’t worth the cost involved in doing so.

After Sundays loss to the Baltimore Ravens, Harrison talked briefly about the report.

“Plainly, it is B.S. I’ve never heard of those guys,” Harrison said. “I never took a steroid, and I don’t plan to. Just because somebody says something doesn’t mean it’s true. I just work hard. I don’t take steroids, and I guess it’s a compliment to me that people think I do. There is nothing to this report.”

In an Al Jazeera documentary titled “The Dark Side,” which aired Sunday night, Charlie Sly, a pharmacist, linked Harrison, Denver Broncos quarterback Peyton Manning and a few other prominent NFL players to HGH use. Sly, however, has since recanted his story, per ESPN.

“When I realized Al Jazeera was using a secret taping and (reporter Liam) Collins as a so-called investigative reporter, I was baffled,” Sly told ESPN. “I cannot believe that can happen. That’s why I recanted the story. It wasn’t true, and I was trying to pull one over on Collins to see if he had any idea of what he was talking about.”

While the NFL is reportedly set to look more into Sly’s initial accusations, it’s very doubtful that they will find anything. Harrison’s name was likely linked by Sly because of the longevity the veteran linebacker has had in the league in addition to him being known as a workout warrior who spends a lot of time and money conditioning his body.

Harrison, 37, has registered 5 sacks so far this season. He is currently under contract with the Steelers through the 2016 season.