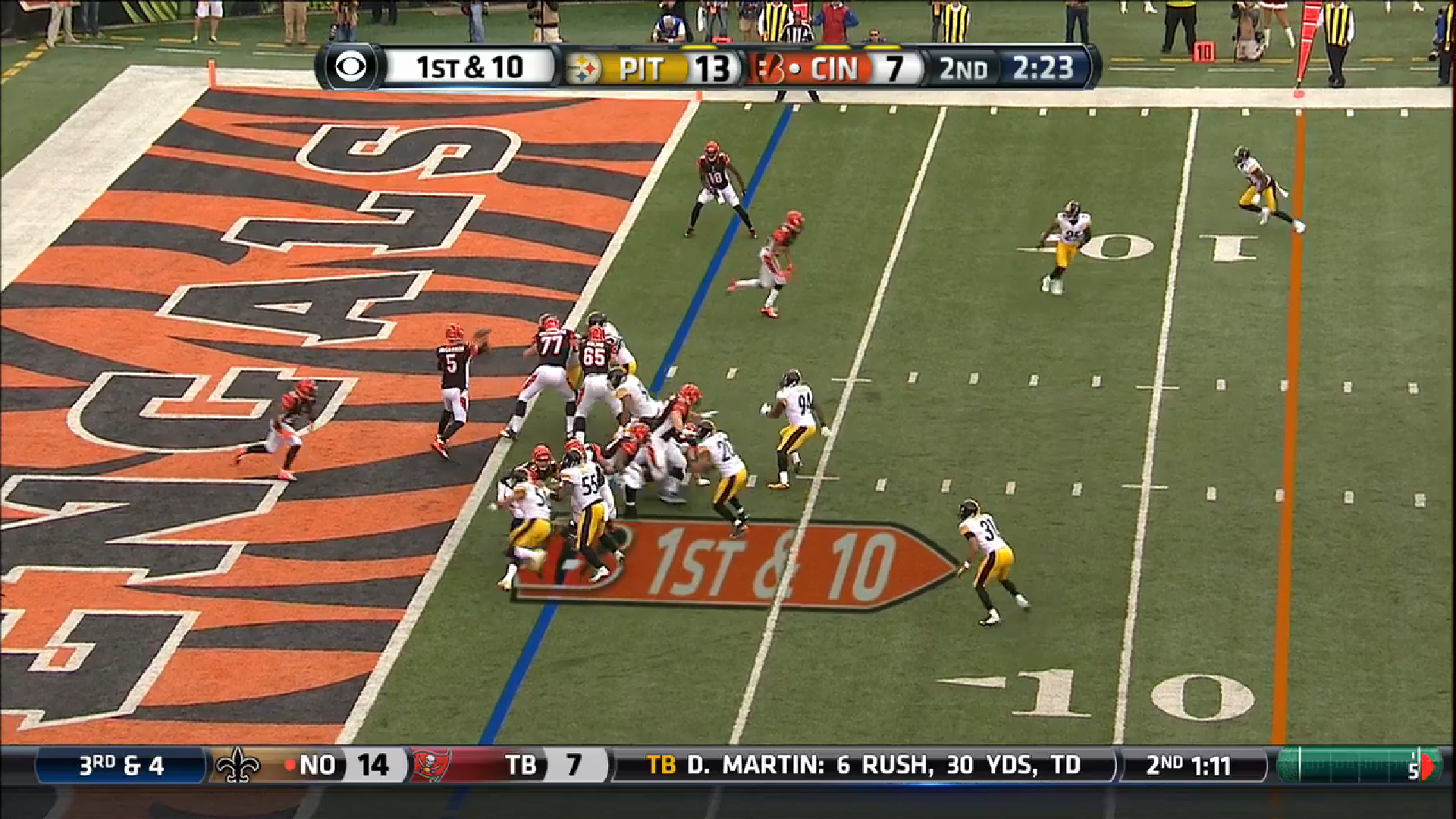 Last week, it was because Gay suffered a concussion, which left Blake, Boykin, and Ross Cockrell to man the position. This week, Gay was taken out after the Steelers had already secured a victory with a 33-13 lead.

But in each game, it seems that the coaching staff has had a slow trigger finger in putting Boykin on the field, sticking to the script to start the game before making adjustments. The reasons for this are not clear.

Perhaps it is just that, that they want to stick to the script early on in the game, or maybe they just want to get Blake more snaps in the game early as a matter of fatigue. Or perhaps it just takes seeing Blake struggle for the team to pull the trigger and rotate him out.

Against the Colts, the Steelers did not bring Boykin onto the field until the third defensive possession, though they spent five of the six plays on their first two drives in the nickel. Cockrell served as the third cornerback in these situations.

On the third possession, the Steelers opened the first two plays in their base, but then moved to the nickel, where Boykin came in as the third cornerback in the slot, with Cockrell also replacing Blake. It remained that way for the rest of the game until Gay left.

On Sunday, it took three defensive possessions before Boykin saw his first defensive snap. The Steelers played 16 defensive snaps, or close to 30 percent of their defensive playing time, with Gay, Blake, and Cockrell serving as the cornerbacks.

After the opening drive interception, which consisted of nine plays, and then a five-play drive, the Bengals had a two-play scoring drive on which Blake gave up a 68-yard touchdown pass. By this point, nearly half the game had gone by.

The Steelers opened their next defensive drive in the nickel with Gay, Cockrell, and Boykin, and the nickel remained in that formation until Gay was subbed out for Blake with under four minutes to play.

So the question that now remains is, why bother waiting to play Boykin? He is, for all intents and purposes, your nickel cornerback. Once the game is in a rhythm, he is on the field for every sub-package snap, so why not just let him open in the slot to start the game?

Perhaps there is a more compelling schematic or philosophical reason for leaving Blake in when the defense shifts to the nickel early in the game that I’m not aware of, but it doesn’t seem to make much sense. Perhaps the Steelers have been feeling out how the secondary functions with Boykin out there, and will make the adjustment to play him earlier on in the games going forward.