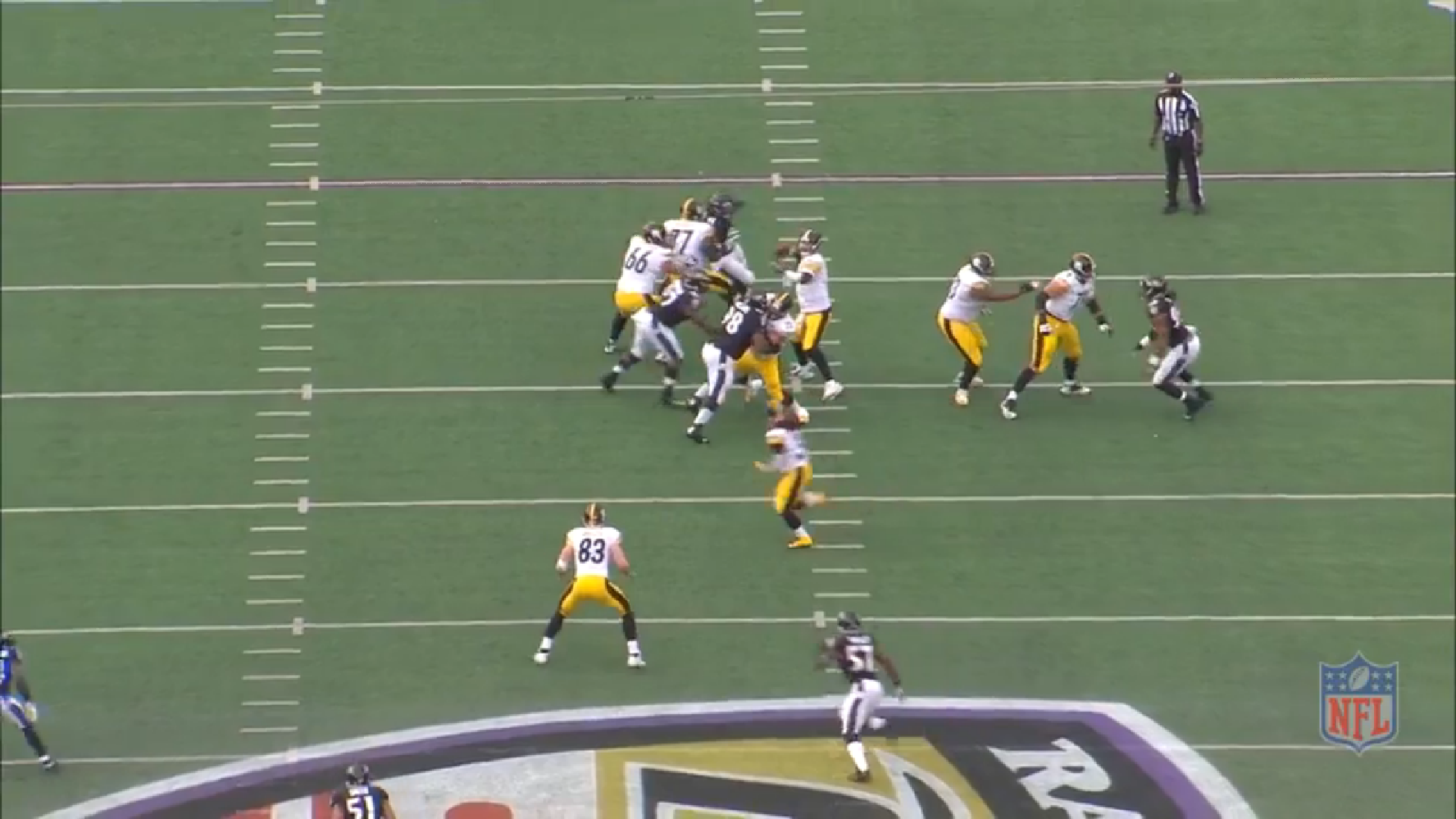 The Baltimore Ravens were clearly not ready to lay down against the 9-5 Pittsburgh Steelers on the eve of potentially clinching a playoff spot on their home field, and they had a strategy in hand that would help minimize an offense that helped put up 30 points or more in six straight.

Part of that strategy was to take away the deep routes by consistently playing in a two high shell over the top. The Steelers exploited this early on by running the ball and doing so effectively, ending the day with 110 total rushing yards on 20 attempts for an average of 5.5 yards per carry.

But it greatly hindered the Steelers’ offense, not simply because it is what the team relies upon—to be clear, it is not—but because Ben Roethlisberger was struggling with his ball placement throughout the afternoon. No doubt the Ravens doubled down on this strategy upon realizing this.

More important than the deep safety net is the fact that the Ravens regularly and consistently dropped at least seven into coverage on nearly every passing play, taking away key throwing lanes. The linebackers also did an excellent job of showing blitzes only to pick up the backs and tight ends, removing Roethlisberger’s safety valves.

On 41 total drop backs, including sacks and penalties, the Ravens only blitzed four times during the game, each time bringing only five rushers, and on a couple of these rushers, it was a zone blitz with a lineman dropping into coverage.

The Ravens also dropped eight twice during the game, one of which was the end-of-game lateral play. The other resulted in an incompletion. The remainder of Roethlisberger’s 35 drop backs all saw him face a traditional four-man rush, and as goes without saying, he did not fare particularly well.

A week after stellar production facing the Broncos’ heavy pressure, Baltimore used the opposite strategy, trusting their front four to provide pressure while the rest of the defense worked to take away Roethlisberger’s throwing lanes.

His numbers really say all that needs to be said. He completed 24 of 34 pass attempts, but for just 215 yards and two interceptions with no touchdowns. He was sacked three times, all versus a four-man rush, resulting in a net gain of 5.2 yards per passing play.

To be sure, Roethlisberger is not a quarterback that is prone to being thrown off by a number of players dropping into coverage. Perhaps earlier in his career, he was slower in his reads, but he has improved greatly in this area over the years, and it goes without saying that he should be no stranger to the traditional four-man rush.

It is true that he has become very adept at picking apart defenses when they bring numbers, and we saw that last week, but this really is mostly a story about Roethlisberger having a bad game, and the Ravens capitalizing on that opportunity by focusing their defensive efforts on making him complete accurate throws into smaller zones. Needless to say, it worked rather well.