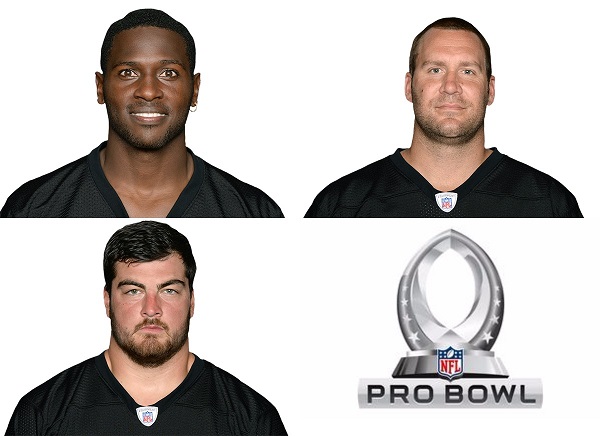 Brown has now been selected to the Pro Bowl four times during his career and this now makes three times in a row. The Steelers former sixth-round draft pick in 2010 has caught 116 passes for 1,586 yards and 9 touchdowns so far this season. Four times this season he’s registered 10 or more catches in a game and his 17 catch, 284 yard receiving effort back in Week 9 against the Oakland Raiders set new single-game franchise records. Brown was the 8th highest vote-getter this year in online fan voting.

Roethlisberger has been selected to the Pro Bowl for the fourth time his NFL career (2008, ’12, ’15, ’16). The Steelers quarterback has thrown for 3369 yards and 18 touchdowns so far this season despite missing four games with a left MCL injury.

As for DeCastro, the Steelers first round draft pick in 2012, this is his first Pro Bowl selection.