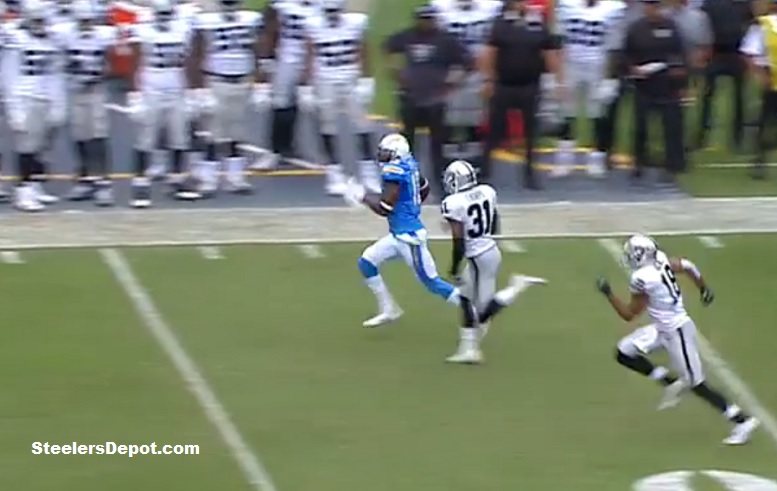 The Pittsburgh Steelers claimed veteran return man Jacoby Jones off waivers Thursday from the San Diego Chargers with the hopes that he can immediately provide good starting field position for the team’s offense. On Sunday, the Steelers will host the Oakland Raiders and that’s a team Jones has had success against during his career when it comes to returning kickoffs.

As Steelers Public Relations Assistant Ryan Scarpino pointed out Friday morning on Twitter, Jones has faced the Raiders seven times so far during his career and he has averaged 47.3 yards on the six kickoff returns he has had against them.

Two of those six returns, Jones scored touchdowns on and those distances were 95 and 105 yards.

If Jones is going to have success on kickoffs this Sunday against the Raiders, he’ll have to do it against a team that’s currently ranked fourth in the league in average yards allowed (19.9).

Additionally, Jones will likely have to choose wisely as it relates to bringing kicks out of the Steelers end zone as veteran Raiders kicker Sebastian Janikowski still possesses a strong leg which has led to only 13 of his kickoffs being returned so far this season. Jones, as previously mentioned, is responsible for returning four of those.