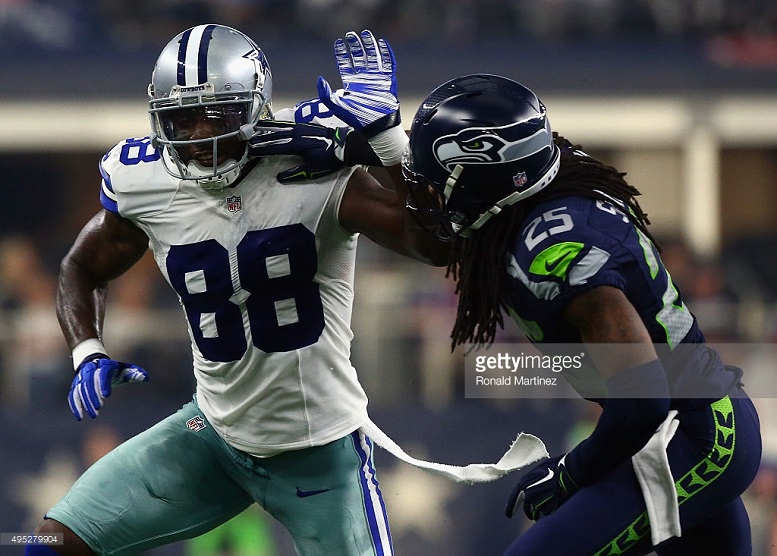 You can’t talk about the Seattle Seahawks defense without talking about All-Pro cornerback Richard Sherman and Pittsburgh Steelers head coach Mike Tomlin certainly did a lot of that Tuesday during his weekly press conference.

“Richard Sherman, who’s quite frankly obviously one of the best in the business, he’s good on the line of scrimmage, he’s long he’s combative, but I think that’s just a portion of his game,” said Tomlin.

As for the other portion of Sherman’s game that Tomlin is impressed with, it revolves around the Stanford product’s understanding of the game and how he gets himself ready week in and week out.

While Sherman will likely be matched up quite a bit on Sunday against Steelers wide receiver Antonio Brown, Tomlin indicated Tuesday that he doesn’t expect him to line up across from him every snap of the game.

“I would imagine that he’s capable of matching up against Antonio, but I also imagine he’s capable of not matching up on Antonio,” said Tomlin. “You see that. You watch the Dallas game from a couple of weeks ago, sometimes he’s on Dez Bryant, sometimes he’s not. They make the determination whether or not to employ that to keep you off balance and just good football from him and them.”

As I previously posted, the Seahawks defense has done well so far this season when it comes to preventing explosive passing plays and getting off the field in third and long situations. While the Steelers offense will surely attack Sherman on Sunday with passes aimed in the direction of Brown and fellow wide receiver Martavis Bryant, it should be noted that the veteran cornerback has only allowed a 57.9 completion percentage on the 38 passes thrown his way so far this season. While he’s yet to record an interception this season, Sherman has been credited with 9 passes defensed in addition to only allowing one touchdown.

In other words, if Brown has another solid outing on Sunday, he’ll have to earn every catch he gets when going against Sherman as this figures to be a great matchup between two of the league’s best players at their respective positions.