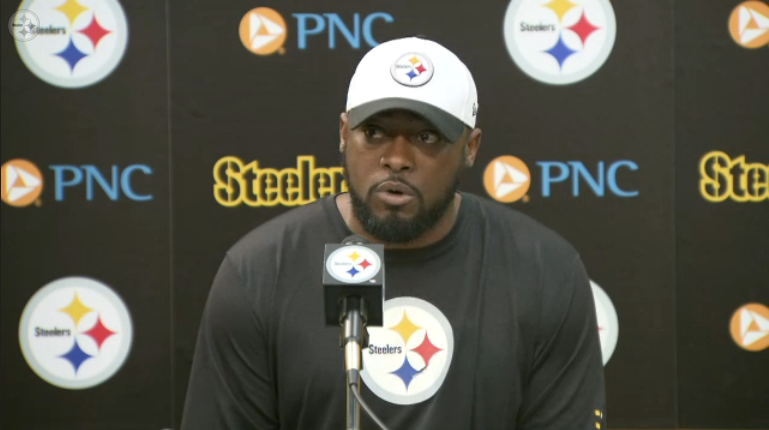 Derek Carr’s jersey probably didn’t even need to be washed after Sunday. At best, a Tide To Go pen would have done the trick. In 46 dropbacks, Carr wasn’t sacked once by the Pittsburgh Steelers pass rush and was only hit once. Mike Tomlin addressed that issue in his opening remarks of his usual Tuesday press conference.

We were getting off the field on third down but we weren’t creating the type of negativity that we have, or that we’re capable of doing in those circumstances.”

While he didn’t specify the outside linebacker group, it’s a unit that has struggled to generate pressure over the last three weeks. Over that span, they’ve only recorded 1.5 sacks. One from Bud Dupree and half a sack by Jarvis Jones. James Harrison has just one sack over the last five weeks while Arthur Moats hasn’t registered one since Week Three against the St. Louis Rams.

Jones and Harrison specifically will be challenged this Sunday when they face off against the Cleveland Browns’ Joe Thomas, still one of the best left tackles in the NFL. According to The Washington Post, Thomas has allowed just half a sack in 2015. Meanwhile, right tackle Mitchell Schwartz has given up a whopping nine sacks this season. It’d be a perfect time for Dupree to add to his team-leading four sacks.