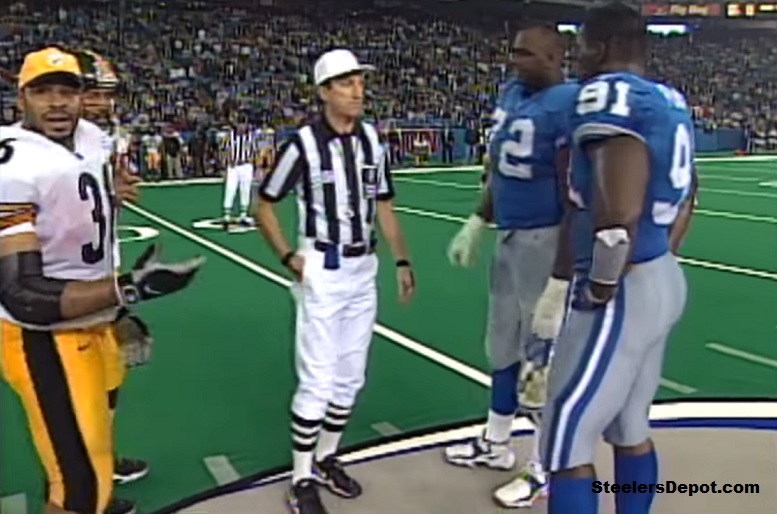 Good morning to all of you and I hope each and every one of you have a great Thanksgiving today.

Each and every Thanksgiving, I can’t help but remember back to 1998 and the Pittsburgh Steelers Week 13 game against the Detroit Lions and that dreadful overtime coin toss. Many of you likely remember right where you were at when that event happened. I know I do. Because of that, here is your annual Throwback Thanksgiving Thursday post.

The Steelers entered that Thanksgiving day game against the Lions with a 7-4 record and they were coming off of a big 30-15 home win over the Jacksonville Jaguars, who sat atop the AFC Central Division at the time. The Steelers were expected to take care of the Lions easily as they were 4-7 at that point of the season. That, however, didn’t happen.

The game featured quarterbacks Kordell Stewart and curiously enough, Charlie Batch, and while the two combined for just one interception during the contest, each only threw one touchdown pass in the game. Even though the Steelers trailed the Lions 16-13 late in the game, Stewart managed to engineer a 13 play, 74 yard drive that culminated with kicker Norm Johnson tying it up at 16 with a 25-yard field goal one second left in regulation.

After the ensuing kickoff ate up the lone remaining second in regulation, we were off to overtime. And that’s when the dreadful coin toss happened that ruined my Thanksgiving.

Steelers running back Jerome Bettis and defensive back Carnell Lake represented the team at the middle of the field for the coin toss, which was conducted by referee Phil Luckett. Being as the Steelers were the visiting team, they were asked by Luckett to call the result of the flip while the coin was in the air. Bettis then appears to have said “tails” with the coin in the air, but Luckett said he called “heads” and thus awarded the coin toss to the Lions, who of course wanted to take the football, after the coin landed tails-side up.

Even Greg Gumbel and Phil Simms, who called that game for CBS, thought Bettis called “tails” as well, but it didn’t matter.

After a short discussion took place between Luckett and head coach Bill Cowher on the Steelers sideline, the ball was kicked off by Johnson to the Lions and cornerback Terry Fair returned the short boot 21 yards to the lions 35-yard-line. 7 plays and 41 yards later, Lions kicker Jason Hanson ended the game with a 42-yard field goal.

The Steelers never recovered from that Thanksgiving day loss as they went on to lose their final four games that season and missed the playoffs with a 7-9 record. The Lions, however, failed to recover from their win over the Steelers as they also closed out the 1998 season with four-straight losses.

For what it’s worth, Pittsburgh television station KDKA reportedly enhanced the audio of Bettis’ call of the flip several days after the game and concluded he had given two separate commands, “hea-tails.” Til this day, I have never heard that enhanced audio. However, if you listen to Luckett’s explanation to Cowher in the above video, that’s exactly what he claims happened.