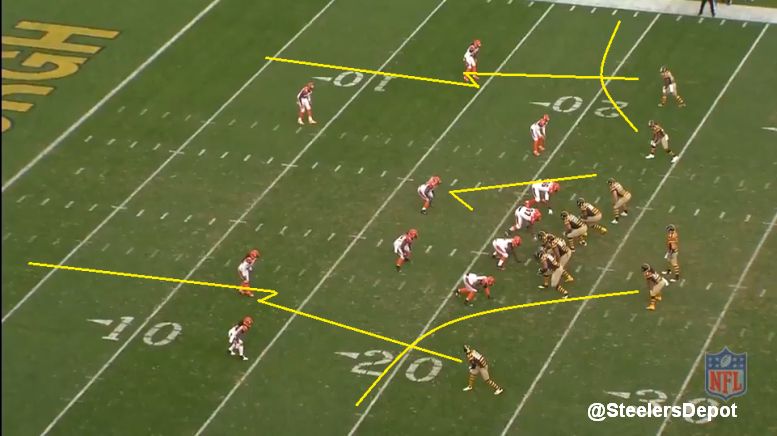 One of the staples of Todd Haley’s offense is his Hank Concept. We’ve covered it before, for the Pittsburgh Steelers and opposing offenses, and it was one Haley leaned on heavily Sunday.

A refresher of the concept. It’s a curl/flat combination on the perimeter with the tight end running a five yard curl, the “Hank” route where the name comes from. When Haley served as the passing game coordinator for the Dallas Cowboys in 2006, he called it 82 Hank. From their playbook.

The Steelers used it on their first drive, the most productive of the day. First and ten in the red zone. Out of empty, the flat routes help widen the flat defender to open up the curl. And Ben Roethlisberger finds Antonio Brown settling down against the Cincinnati Bengals’ zone coverage. 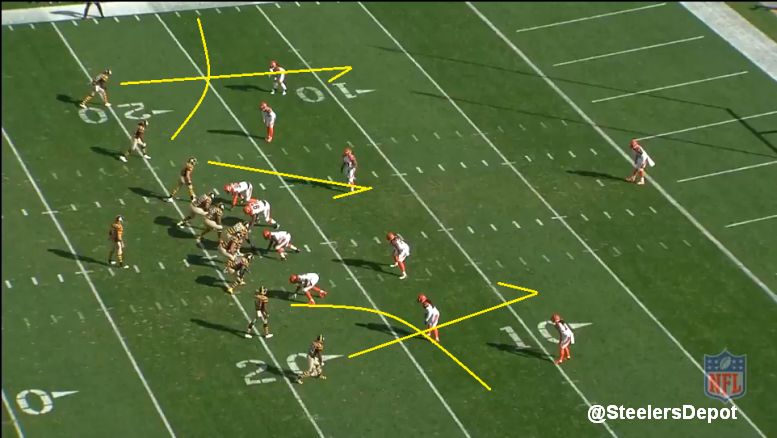 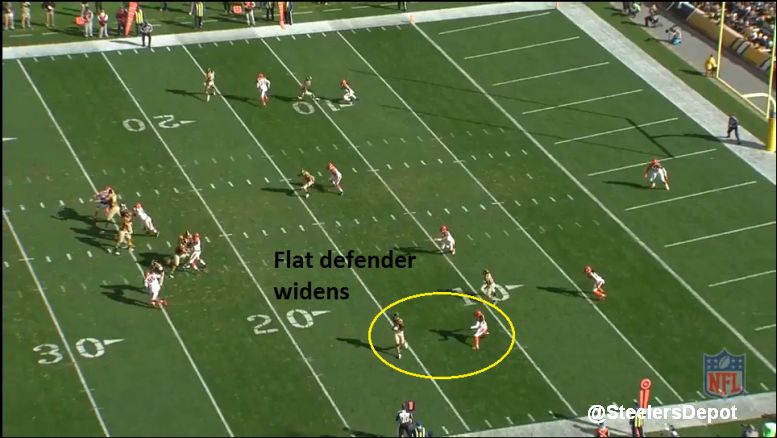 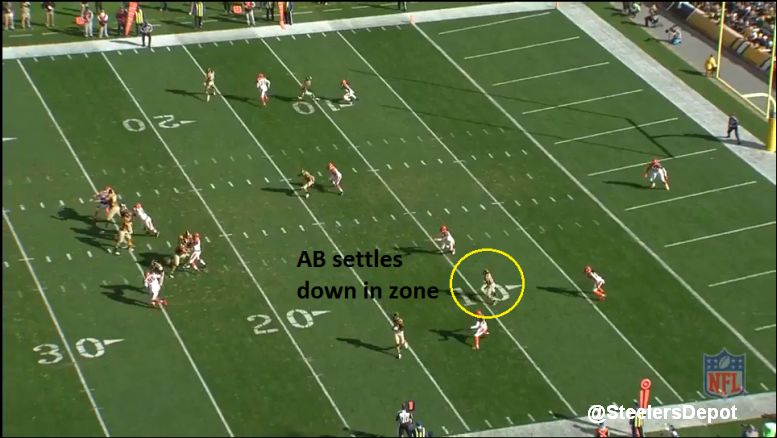 The Steelers ran it at least once more in the first half. But then Haley added a wrinkle to play off it in the second half. 1st and 10 again, right outside of the red zone. Same down/distance and similar line of scrimmage. It’s the same look, the same Hank concept, but the wide receivers running curls go vertical off double-moves.

To the bottom of the screen, Adam Jones gets burned trying to jump the curl and gets separation. 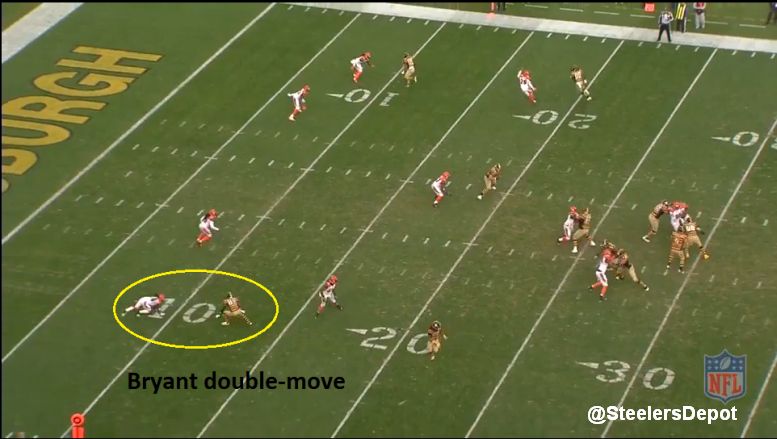 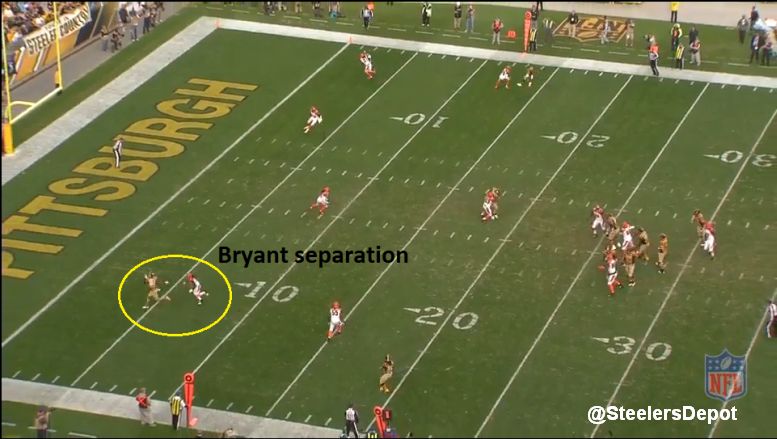 Roethlisberger still throws the Hank route, a short completion to Miller, but I like the mix-and-match from Haley. He does a lot of things well but one of the biggest assets Haley brings is his ability to use one play to work off another.