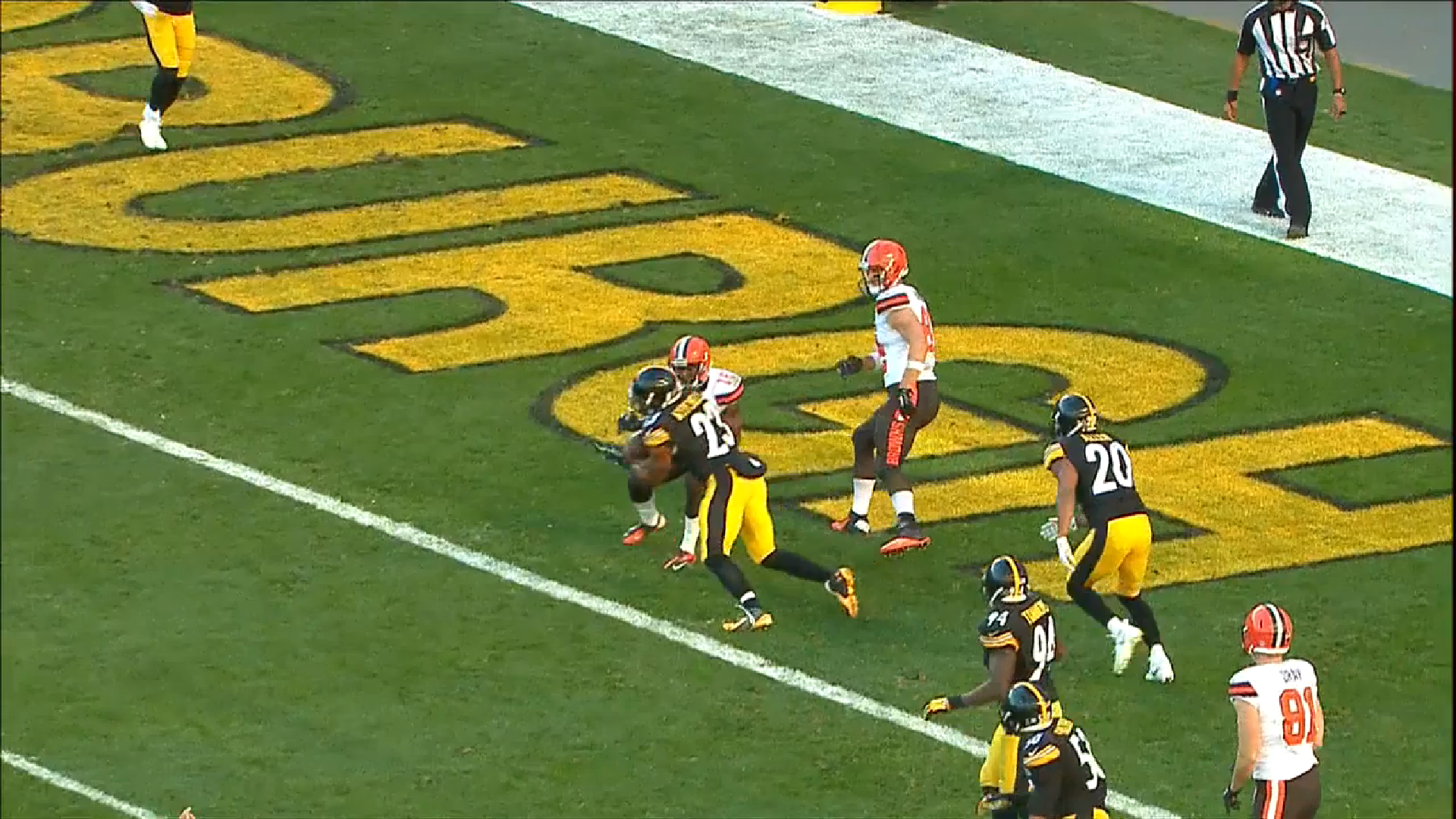 As the NFL season continues to wind down, it is becoming closer and closer to the end-of-season awards discussion, and it would not be surprising to hear the name of Pittsburgh Steelers free safety Mike Mitchell being mentioned as a potential Pro Bowler.

The seventh-year veteran continued to add to his defensive numbers against the Browns, registering five tackles, two passes defensed, and his third interception of the season—last year, he failed to record an interception in his first season with the Steelers in 16 starts.

The play but the Browns in first and goal at the 10-yard line. After losing a yard on the ground on first down, it was Mitchell who again stepped up to hold Cleveland out of the end zone. After the defense allowed Johnny Manziel to scramble for a full six seconds, flushed out to his right, the veteran safety trailed Brian Hartline and was able to cut in front of him to break up the pass for the incompletion.

Later in the game, early in the second half, Mitchell showed off his range, vision, and physicality, picking up Hartline over the middle after he ran away from William Gay on a crossing route. He covered a lot of ground to be able to put a big hit on the tall receiver soon after making the reception, sending him sprawling to the ground.

The Browns were knocking on the door early in the four quarter, facing a fourth and goal from the seven-yard line while trailing by 21 points, but it was Mitchell who shut the door once again in the end zone.

This time, Manziel was able to scramble for nearly 10 seconds before he fired off a pass to the goal line intended for Andrew Hawkins, but the veteran safety saw the outlet and jumped the route at the last second to pick the ball off.

Later in the fourth quarter, the Browns faced yet another fourth and goal, this time from the five-yard line. Mitchell initially lined up to blitz before dropping into coverage, peeling off and making an athletic play on the ball on the far left corner of the end zone, keeping tight end Gary Barnidge from securing the pass.

Put simply, over the course of the first 10 games of this season, Mitchell has more than justified the contract that the Steelers signed him to last offseason. He is doing everything that they have asked him to do, and has emerged as one of their top defensive players, without question.