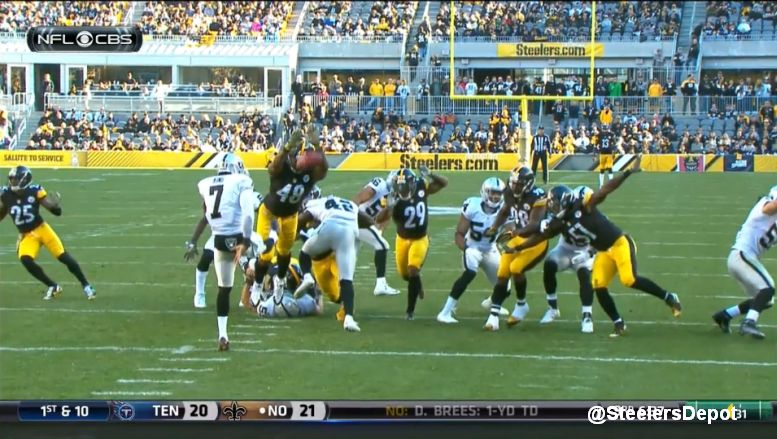 We’d be here forever if we listed every explosive play in the Pittsburgh Steelers 38-35 victory yesterday over the Oakland Raiders. We’ll cover most of them throughout the week but I want to start off with one I thought the Steelers could generate based on my Raiders scouting report. Breaking down Bud Dupree’s punt deflection early in the third quarter Sunday.

We always try to spend a little extra time looking at the opposing teams special teams unit in our scouting report. Mainly for some basic info and any fake information and for Oakland, there wasn’t any of the latter. But what I did notice, and quickly wrote about last week, was the unusually wide splits the Raiders used on their punt team. Most teams, like the Steelers, have a very tight split. Six inches, squeezing any gaps. 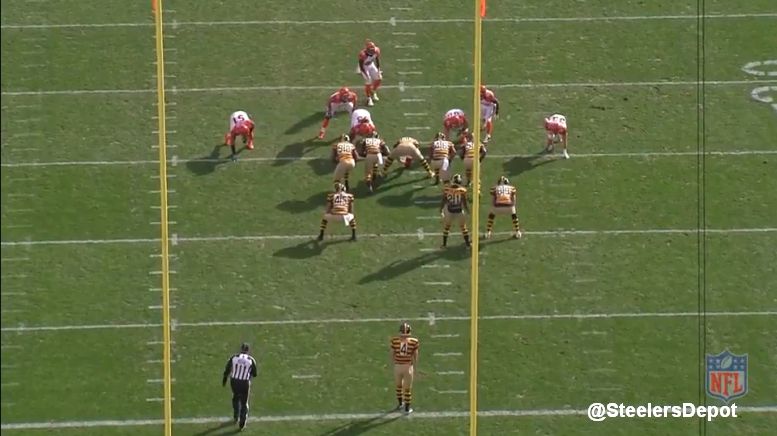 Here is the Raiders from the screenshot I grabbed in the report with a much wider split of at least a foot. 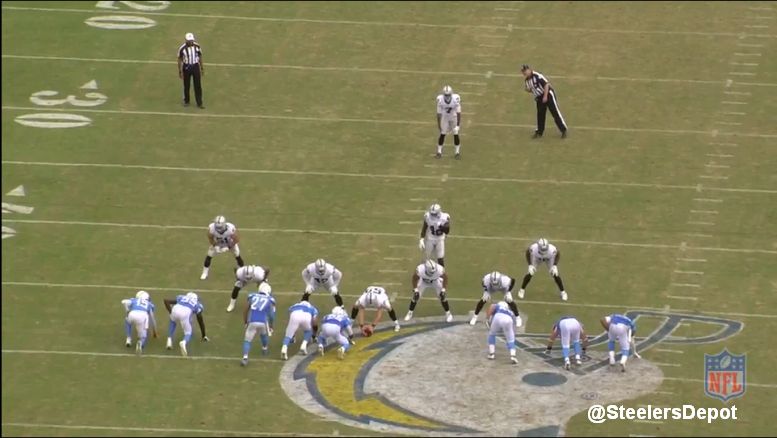 And that’s what the Steelers got again Sunday. From the live view, you can see the wide split. This allows players to shoot those gaps and get penetration. 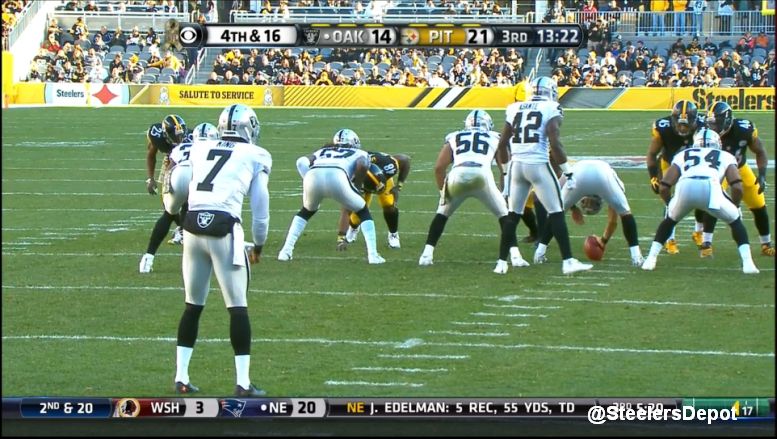 Shamarko Thomas and Roosevelt Nix shoot the opposite A gap, drawing the attention of upback Larry Asante (#42) and the left guard next to center. It opens a lane for Dupree, who has leverage from the left tackle, and he’s able to run through with relative ease. If the splits had been narrow like the norm, it would have been easier for the left tackler to get square to Dupree and force him to run through instead of sliding on by. 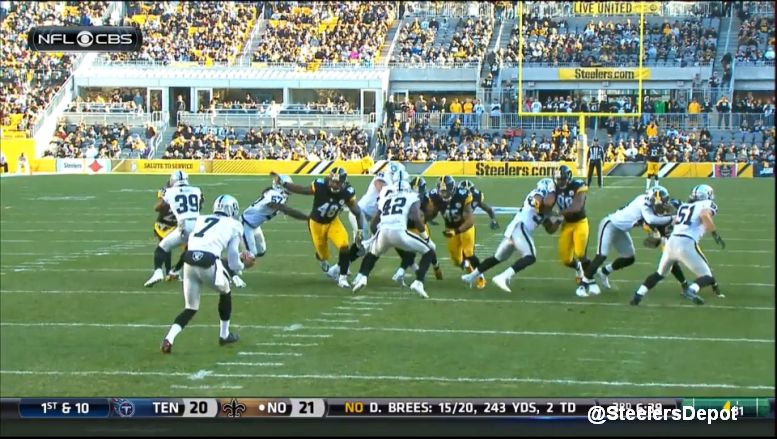 From there, it’s a direct path to the football and though Dupree is unfortunate to get a full block, he gets enough of the ball to force a short punt.

The Steelers couldn’t capitalize on the drive but that’s beside the point. Special teams have been far from perfect but Danny Smith’s unit has done a great job of producing some splash plays, the last two weeks especially. Whether it’s been Cam Heyward’s field goal block, Dupree’s here, or Nix’s forced fumble, this has been an opportunistic group in every phase except for kick returns. They again took advantage of a weakness on tape and produced a positive play. Good coaching and good execution. That’s winning football.